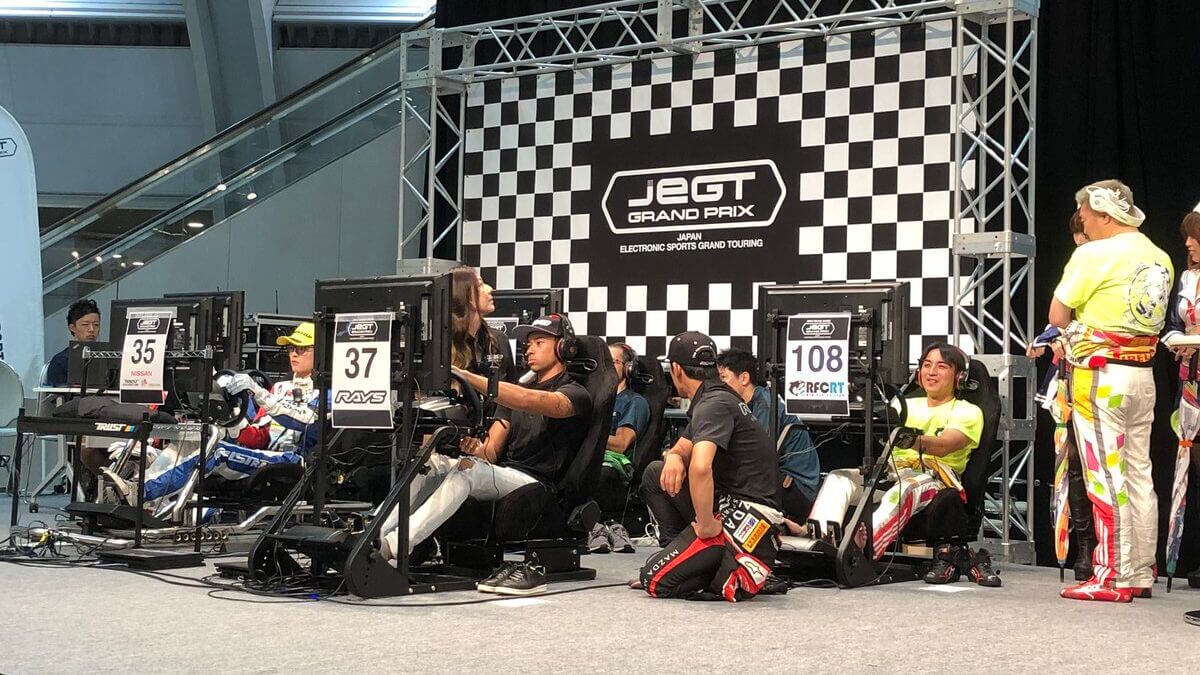 The world of motor racing esports has got one championship larger over the weekend, with a new national competition in Japan. It goes by the name of Japan Esports GT Grand Prix — or JeGT Grand Prix for short — and it aims to unify esports and motorsport, to “revitalize” both industries in the nation.

Revealed only at the start of this month, JeGT will get underway properly next year. For now at least the format seems to be two-person teams, consisting of one driver from each of the two discipline. The teams participate in GT Sport, thus making it a Pro-Am event where the professionals are actually the amateurs — a bit like Juan Pablo Montoya at the FIA NYC event, then.

To launch the event, JeGT staged a showcase invitational race, dubbed “the zeroth round”, in Kobe on Sunday. This involved a number of guest drivers competing for 14 teams from D’Station and Blitz, to Nissan/Trust and HKS. Among them were racing drivers and drifters currently active in Japan, including GT Academy champion and Super GT driver Jann Mardenborough.

Right now it’s tough to say what the format of the racing will be. JeGT didn’t live stream the event, so all we know is that the 14 teams raced Gr.3 cars at Tsukuba Circuit, but there will be a highlights package coming after the event. What we can say is that the 0th Round winner was ODDEYE Gaming, courtesy of GT World Tour rising star Takuma Miyazono. He finished ahead of the RAYS e-Racing Team, consisting of Mardenborough and Super Taikyu driver Akihito Kato.

The schedule for the first season of JeGT is unclear at present, although it’s planning to launch in April 2020. Another non-competition round is planned for the National Sports Festival in Ibaraki in October, where GT Sport will also appear as part of an official esports discipline.