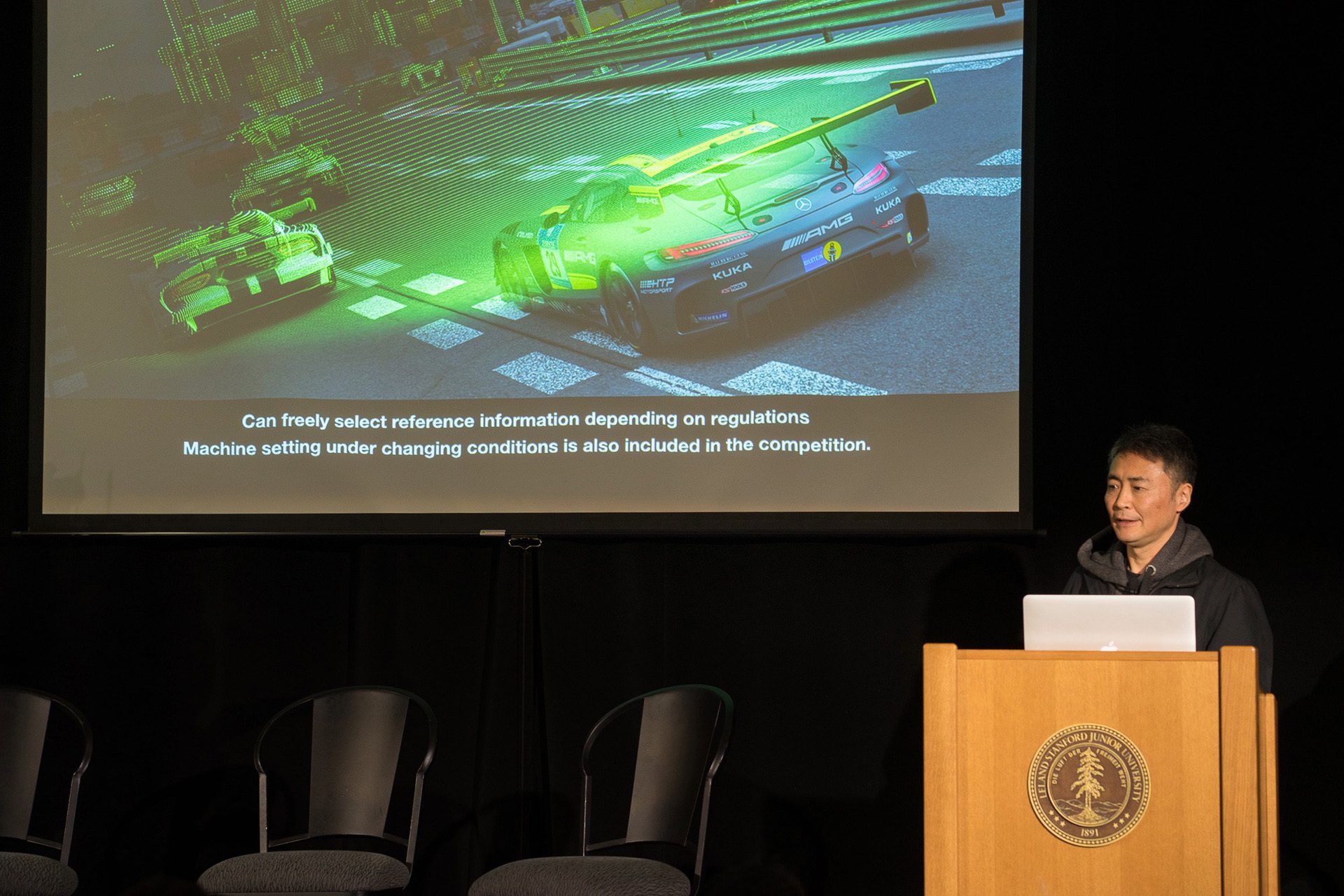 Open Garage Talk is a lecture series founded in 2012. It’s sponsored by the Center for Automotive Research at Stanford (CARS) and the center’s Revs Program. The events assemble those involved in automotive mobility research in academia, the enthusiast community and Silicon Valley businesses. 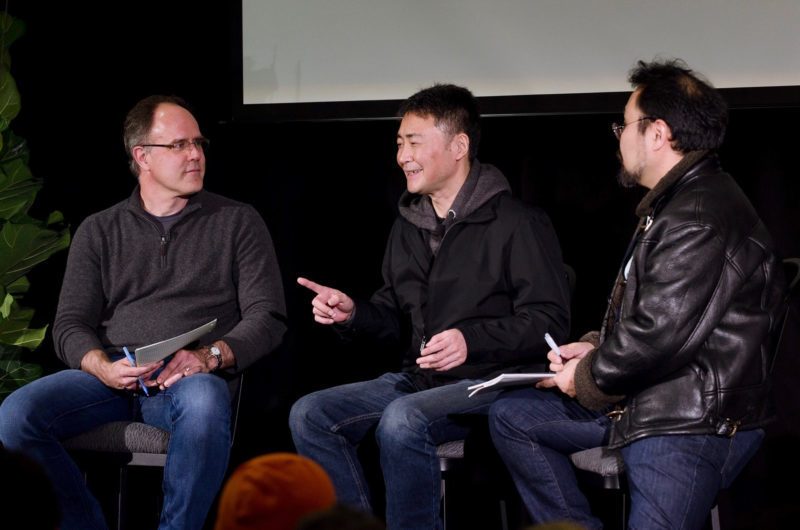 Naturally, there was heavy focus on Gran Turismo. The game series is, as one slide claims, “a movement”. Yamauchi illustrated this point with the Red Bull X2011, a car that F1 designer Adrian Newey created specifically for Gran Turismo 5. The students also got to play Gran Turismo Sport on driving rigs and in VR. Later Yamauchi signed copies of the game as gifts to the attendees.

Another major theme for the event was autonomous mobility. Yamauchi participated in an on-stage lecture on the topic with CARS director Professor Chris Gerdes. However, one slide in Yamauchi’s presentation also referred to autonomy, and it caught our eye. 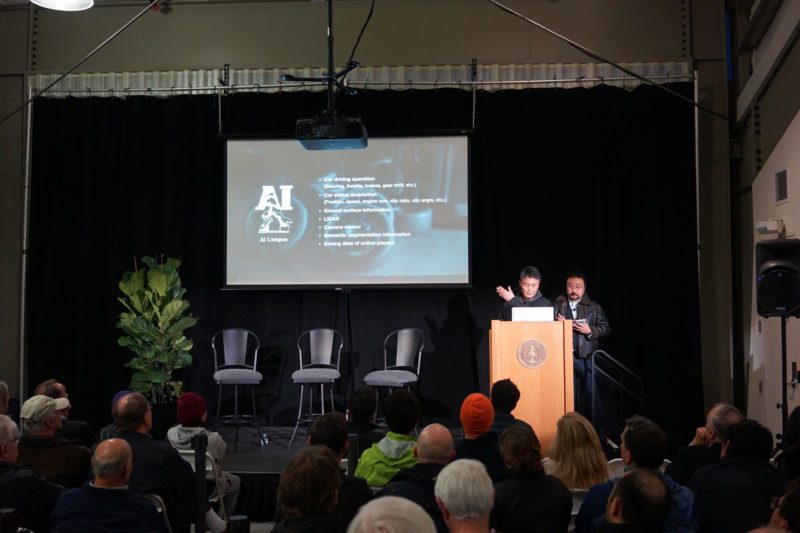 Yamauchi discussed a slide which referred to “AI League”. This also featured a logo for the event based around the FIA Online Championship trophy “Unique Forms of Continuity in Space”.

Of course we’ve seen AI events in Gran Turismo before. In Gran Turismo 4 you could instruct your own “B-Spec Bob” (AI) driver to race for you if you didn’t feel like it. By Gran Turismo 5 there was an entire section of the game just for B-Spec, where you could have up to six AI drivers. You could train them and the game even held some Seasonal Events for them.

However, the AI League does not seem to refer to an in-game feature at all, rather a real-world race series using autonomous drivers. 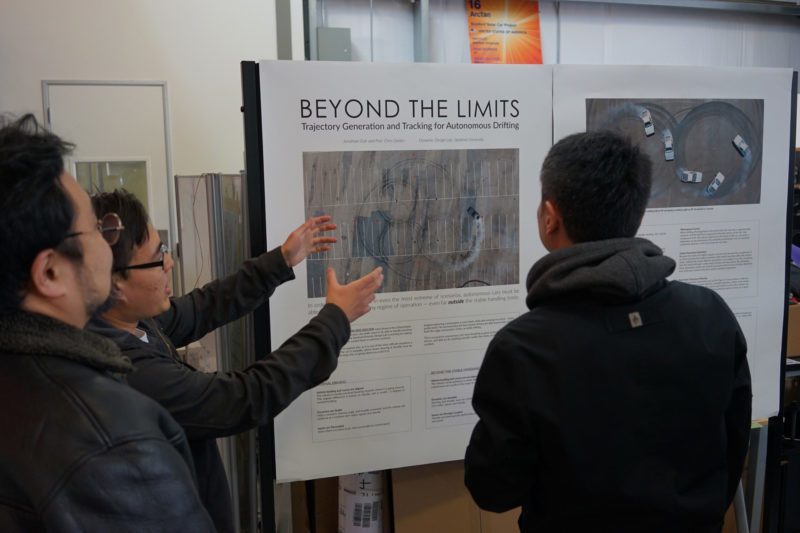 For now we don’t know much about the AI behind the driving. The slide refers to it using driving data from GT Sport’s online players. Hopefully not all of them though…

It’s not the first time Polyphony Digital has been connected to autonomous race series. Back on April Fool’s Day 2016, we joked that B-Spec Bob might join the Roborace series and become the next Gamer to Racer in the GT Academy portfolio. Oh how little we knew!