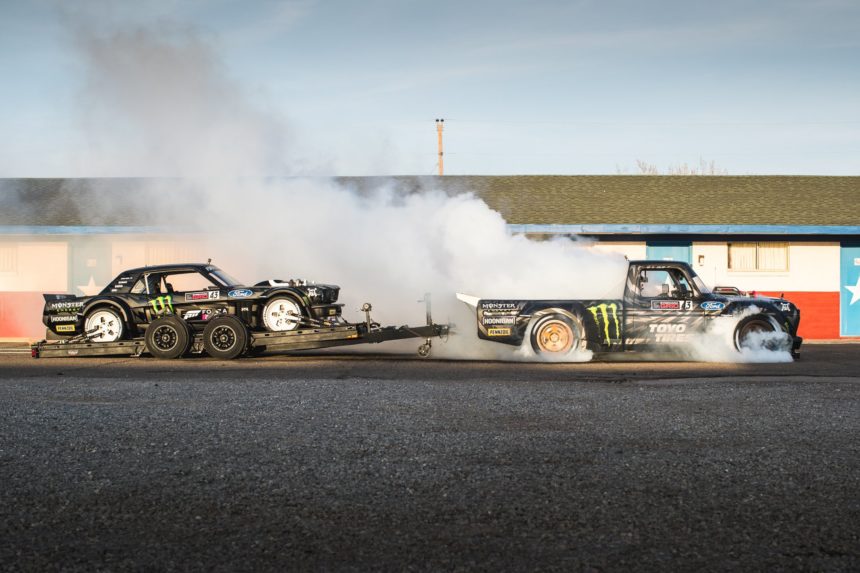 Pull out the flat brim hat and crack open a Monster, it’s time for the latest edition of Ken Block’s Gymkhana videos.

This year’s installment marks the 10th anniversary of tire slaying goodness. It also signals the end of an era: this will be Block’s last Gymkhana video.

In typical Ken Block fashion, he wanted to go out with a bang. To do this he and his team at Hoonigan set out to make the biggest Gymkhana yet. It features five different vehicles set in five very different places across the globe.

From a frozen lake in Sweden to the urban decay of Detroit, Michigan, it’s certainly a unique line-up. However, how many times can you watch the same stunts in a different wrapper?

To further mix things up, each location uses a different vehicle. There are the favorites like the Hoonicorn V2, Focus RS RX, and a Fiesta WRC car. But Gymkhana 10 also brings in two new vehicles to the series.

The first is a Ford Escort RS Cosworth, nicknamed Cossie. Packing 645 ponies from its 2.0-liter four pot, it’s not exactly stock. But it’s still cool to see a retro rally car getting tossed around.

Weirdly, the Cossie also gets a set of unique wheels that are absent of tires. As a result, it throws an epic amount of sparks as Block slides it around an abandoned warehouse in Los Angeles. 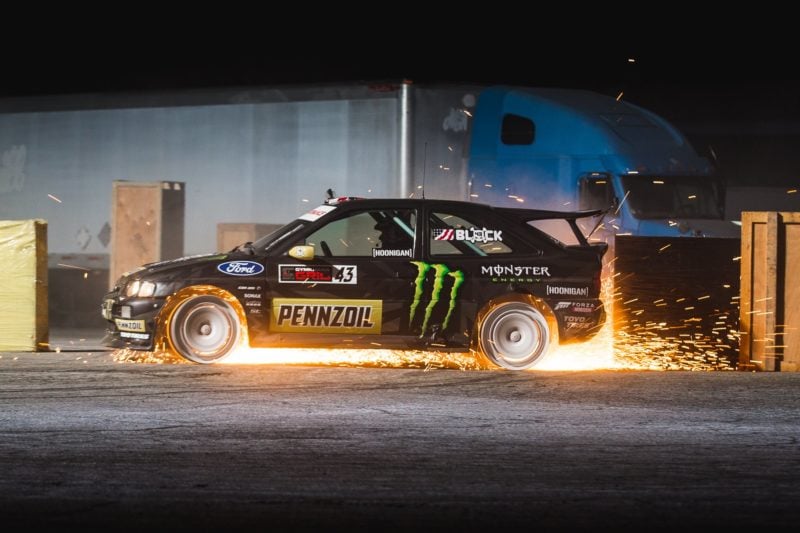 The second vehicle is the much anticipated Hoonitruck. With its 914 hp 3.5-liter V6, it’s a beast for sure. It also looks incredibly cool with those twin turbos sticking out of the hood and its wide stance.

Block thrashes the Hoonitruck around Shamrock, Texas which looks right at home for a pick-up. Set on historic Route 66, it’s also the inspiration for Radiator Springs from the Cars movie.

All-in-all Gymkhana 10 is what you expect from a Block video. There’s a bunch of tire smoke, some drifts, a few jumps, and a healthy dose of bro-ness. There are also a few special guests that show up too, the most notable being Petter Solberg’s son Oliver.

The biggest surprise comes at the end of the film. Most of us were under the impression this was the last of the Gymkhana videos. However, moments before the credits roll we see Block pass the torch to the next hoon.

We won’t spoil the surprise for you, but the new drive will fit the bill nicely.

You can checkout Gymkhana 10 below. Or if you’re interested to see how these films get made, you can venture over to Amazon Prime Video. There you will find Gymkhana Files that shows all the trials and tribulations of sliding a car around.

HooniganKen Block
13 Comments Discuss this post in our forums...
Can You Beat the Impossible Gran Turismo Quiz?