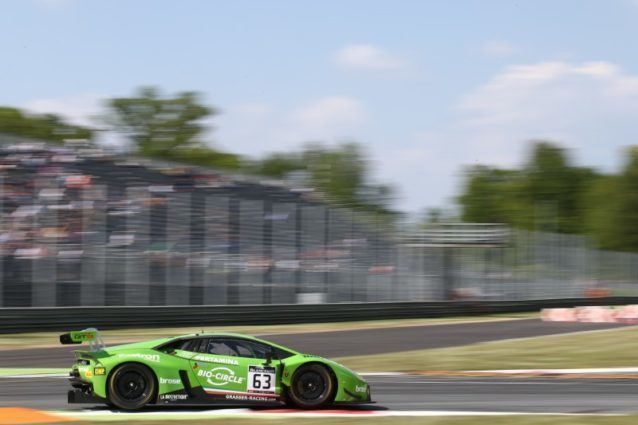 With the Blancpain GT Series sister championship, the Sprint Series, having its season opener earlier this month, it was time for the more established GT Endurance Series to also take on Italy for its start to the 2017 season — this time at Monza.

With 52 cars starting on the grid, the dense lineup for the race suggested an action-packed debut. Mayhem ensued right from the off however, with the grid cut down to only 36 by the first corner!

The incident took place during the run up to the Rettifilo chicane, where contact involving the #7 Bentley Team M-Sport Continental and #19 Grasser Racing Lamborghini prompted the #19 to spin directly in the path of the drivers behind, with the Bentley later being rewarded a 15 second stop and go penalty. Thankfully, there were no injuries.

Failing to comply with the three lap deadline to serve the penalty, the Bentley was later black-flagged, reducing the lead fight to only two cars: the #72 SMP Racing Ferrari of Miguel Molina; and the second Grasser Racing Team Lamborghini, the #63 car driven by Mirko Bortolotti.

Team chemistry gave the #63 an advantage during the first round of pitstops, allowing the Lamborghini to eke out five seconds over the prancing horse. This would be the last the two teams would see of each other, with the Grasser Racing Team car of Andrea Caldarelli, Mirko Bortolotti and Christian Engelhart cruising on to a 29-second win. This was a good start for the Austrian team after the positive note it finished the 2016 season on, also taking a win at the Nürburgring finale round. 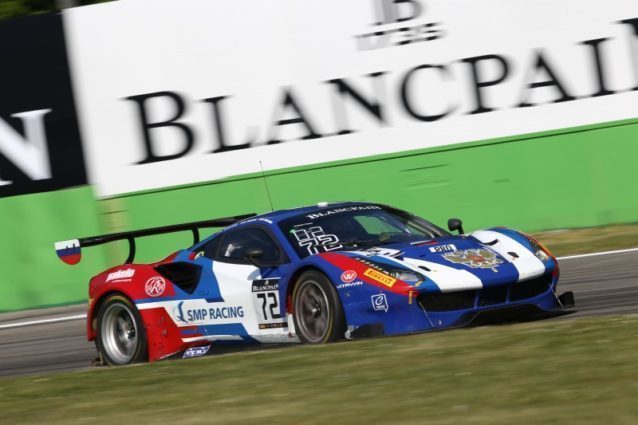 It was a far different story for the fight for the remaining podium places however, with the #72 SMP Racing Ferrari forced into a fight with the #75 ISR Audi and the #50 Spirit of Race Ferrari, closely battling for the last couple of steps.

Luck was on the #50 Ferrari’s side, with a drive-through penalty and tire failure hitting the #72 Ferrari and ISR Audi, respectively. This allowed Alessandro Pier Guidi, Michele Rugolo and Pasin Lathouras to claim the second step of the podium after putting the 488 on pole pre-race. Following in third were reigning champs Maxi Buhk, Jimmy Eriksson and Franck Perera in the #84 Mercedes-AMG Team HTP Motorsport entry, allowing them to gain some important points towards their title defense.

In Pro-Am, Ahmad Al-Harthy dug his heels in for the Oman Racing Team with TF Sport despite soaring temperatures, knocking out a double-stint in the #97 Aston. When the driving roles were finally shifted to Jonny Adam, he was tasked with overcoming a rather large 12 second deficit to the #11 Ferrari.

Thanks to a stunning performance — which included the fastest lap of the race — the Aston was able to slip into the lead and take the Pro-Am class with mere laps to go, finishing 8th overall. The #11 Ferrari of Kessel Racing took second in-class, with the #53 Spirit of Race Ferrari trailing further in 3rd. With eight Pro-Am cars finishing in the top 20 overall, it was a good indication of the high level of skill on offer for the lower class. 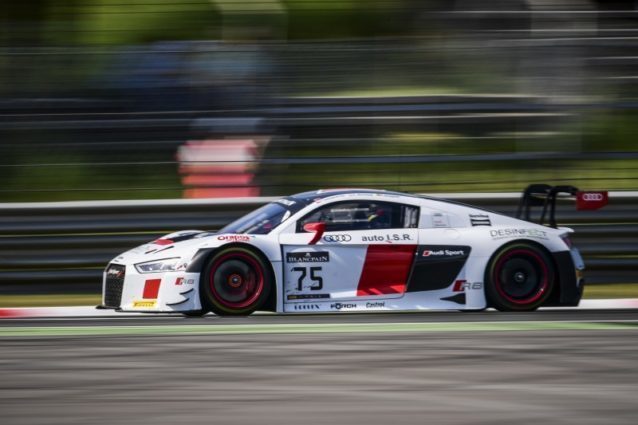 The future looked bright for the #488 Rinaldi Racing Ferrari in the AM Cup, but when a sudden fire broke out sending the car of Pierre Ehret and Rino Mastronardi into a burning inferno, the team’s minute lead was all for nothing. The win instead went to the #961 AF Corse Ferrari, allowing Abbie Eaton to be the first woman Blancpain GT Series class winner in history, along with her fellow teammates Alex Demirdjian and Davide Rizzo.

The Blancpain GT Series returns next month, with the Sprint Series heading to England for a round at Brands Hatch, held from May 6–7.

Kyle Patrick · Apr 24, 2017· Comments
After nearly a month’s break, the Blancpain GT Series has restarted in a big way. This weekend will play host to the twice-around-the-clock race at Spa-Francorchamps.

Matej · Apr 24, 2017· Comments
After over a month’s sabbatical, the Blancpain Endurance Series got back on track at Circuit Paul Ricard. It was a hard-fought battle from beginning to end at the French circuit. In the end, one manufacturer saw itself back on the top step for the first time in two years.

Matej · Apr 24, 2017· Comments
The exciting sprint race at Zolder took place this weekend, leaving the top podium spot to Markus Winkelhock and Will Stevens from Audi team WRT (No. 2). This is Audi’s first victory in the Blancpain GT series this year.

Matej · Apr 24, 2017· Comments
The third race of the 2017 Blancpain GT Sprint Series Cup will get underway on Sunday at the Belgian circuit of Zolder.

Andrew Evans · Apr 24, 2017· Comments
In racing, things often come down to fine margins, and there’s few finer than at Silverstone this weekend.

Josh Steele · Apr 24, 2017· Comments
This last weekend kicked things off for the 2017 installment of the Blancpain GT Series, with the Sprint Cup season opener taking place at Misano World Circuit in Italy.

Matthew Simmons Back with Nismo for 2017 Blancpain GT Series

Matej · Apr 24, 2017· Comments
International 2015 GT Academy winner Matthew Simmons will be joining forces with Nismo in another season of the Blancpain GT Series. Once again operating under the RJN Motorsports banner, Matthew will compete in the Pro Class using the trusty Nissan GT-R (#22). Racing colleagues Matt Parry and Struan Moore will be sharing the driving duties, with the team target being podium placements.

Lucas Ordóñez Gears Up For The 2017 Blancpain GT Series

Brendan Rorrison · Apr 24, 2017· Comments
Lucas Ordóñez is set to return and race in the Blancpain GT Series, following an announcement on the official GT website. The Spaniard will drive for Team RJN Nissan, getting the chance to reprise his driver’s position to pilot the GT-R NISMO GT3 against harsh competition from the world’s leading supercar manufacturers.