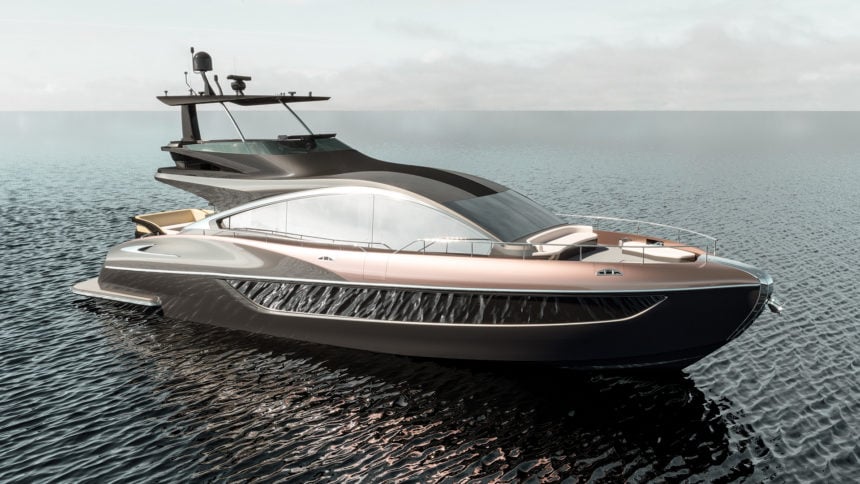 Lexus has introduced its newest flagship product, joining the likes of the LS, LX, and LC. However, one of these things isn’t like the others. Forgoing a new model of car or SUV, the automaker is instead bringing out a yacht.

Yes, that’s right, the new Lexus flagship is quite literally a ship — just without a flag on it.

Christened as the LY 650, it’s a rather striking yacht. According to Lexus, it uses the L-finesse design language and it works surprisingly well.

For the design, Lexus pulled from its concept sports yacht introduced last year. However, unlike the concept, the LY 650 is more about luxury than outright performance.

Powering the LY 650 is a Volvo Penta IPS 1200 inline-six diesel engine. This 12.8-liter engine sports both a turbo and supercharger and pumps out an impressive 900hp.

If that’s not enough power for you, Lexus does have an optional engine as well. For an additional fee, you can upgrade to a Volvo Penta IPS 1350. Also at 12.8-liters, it’s very similar to the standard engine. But thanks to a few enhancements, it turns out a whopping 1,000 ponies. 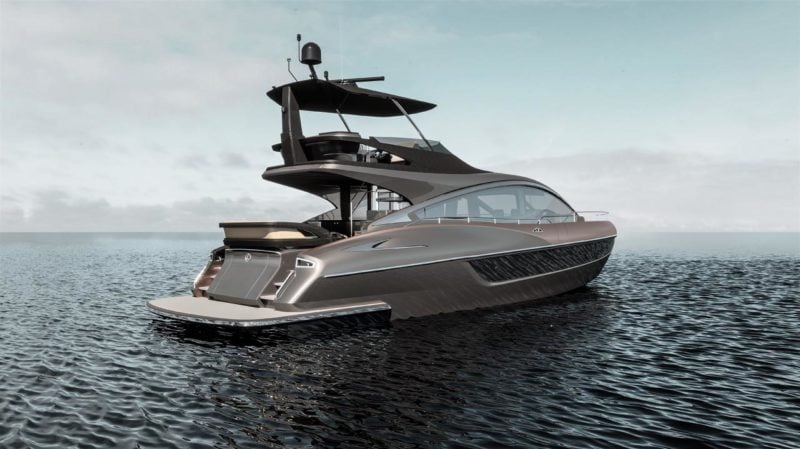 As for its size, the LY 650 comes in at 65-feet long and is 19-feet at its widest point. This is enough to accommodate three staterooms and three heads (bathrooms). Altogether it has enough room to sleep six passengers.

Since Lexus isn’t exactly known for building boats, it’ll turn the manufacturing process over to Marquis-Larson. Located in Pulaski, WI it builds watercraft ranging from small fishing boats to full-scale yachts. It’s also the company that worked with Lexus on its initial concept as well.

For Lexus, building a boat really isn’t that strange either. Parent company Toyota already builds a number of yachts under its Marine Business Department. Branded as the Ponam line, its one of the leaders of yachts in Japan. However, its boats are much smaller than the LY 650 with the largest topping out at 45-feet.

Toyota Marine also sold the Epic line of ski boats in the US from 1998 through 2002.

Lexus did not give a price for the LY 650, but it’s undoubtedly very expensive. Our best guess is a start price of around $1.5 million with optional extras bringing the price well over $2 million.

The LY 650 will make its official debut later this year. It’ll then head to customers sometime in the latter half of 2019. Although if you’re in the market for an automotive branded watercraft and can’t wait, there’s always the Aston Martin “Project Neptune”.

Formula One 47 Oct 2 by Andrew Evans
Engine supplier Honda has announced it will withdraw from Formula One at the conclusion of the 2021 season. The surprise move, announced this morning, brings to an end Honda’s return…