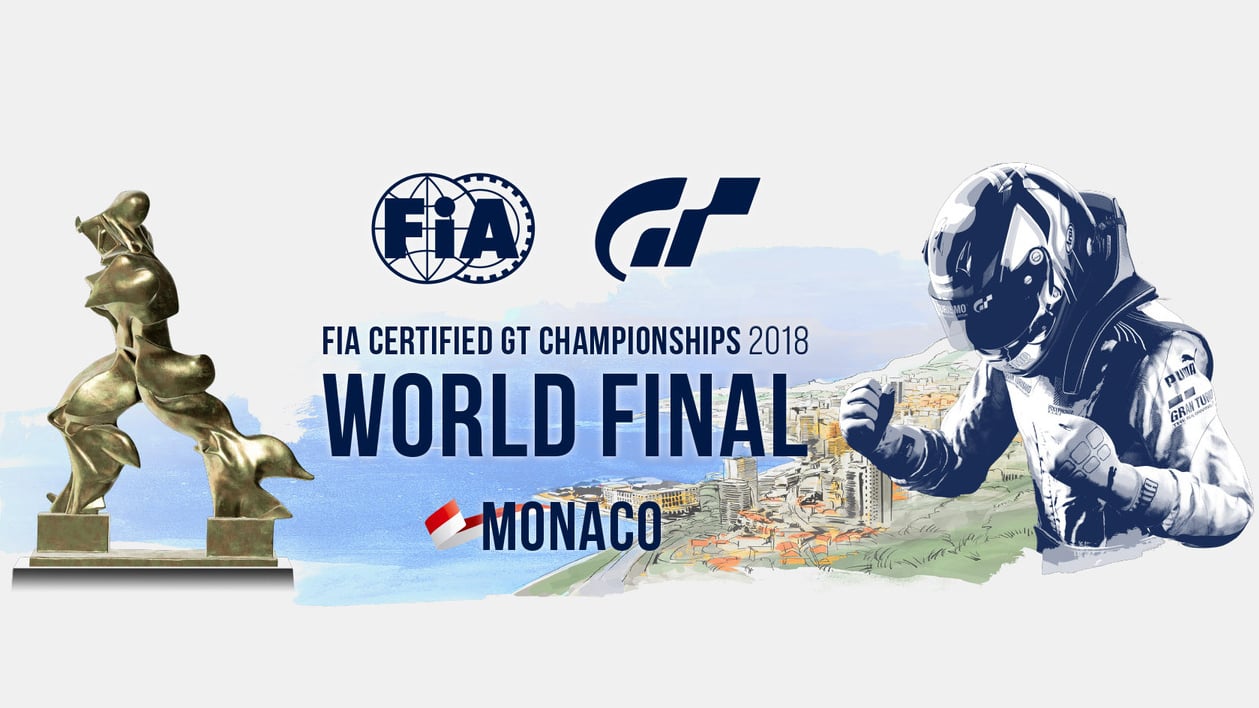 Today is day one of the inaugural FIA-Certified Gran Turismo Sport Championships. The action kicks off soon, and you’ll be able to watch it all live, right here.

Where’s here, exactly? No less than Monaco, the heart of motorsport. The fastest drivers from across the globe have assembled here to compete in the Nations Cup and Manufacturer Series. The Manufacturer Series will take place on Saturday, with three-man teams representing the top 16 marques in a long-distance race around the Nurburgring.

Up first though is the beginning of the Nations Cup. 30 drivers will represent their countries today, but only 16 will make it through to Sunday’s World Final.

These are the 30 fastest drivers in the world for Nations Cup. From GT Academy champions and finalists — including GTPlanet’s own Adam Suswillo — they’re all potential winners at this level of ability. We’ve covered the regional winning trio, as well as a handful of the other drivers that could spoil their championship dreams. 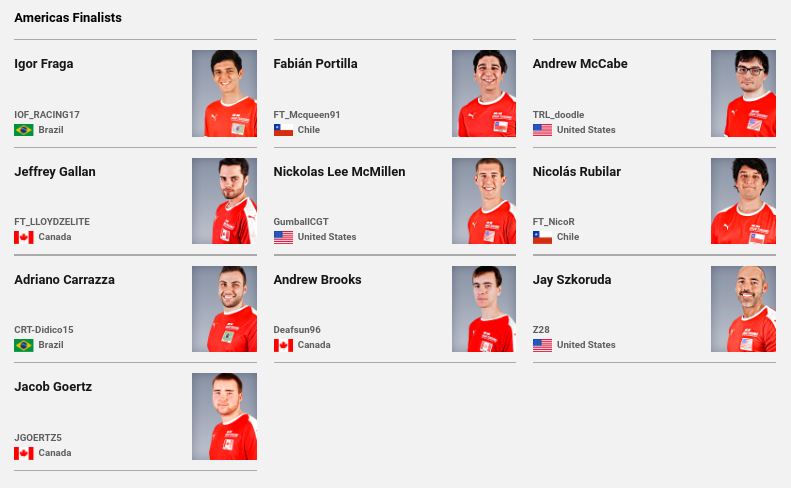 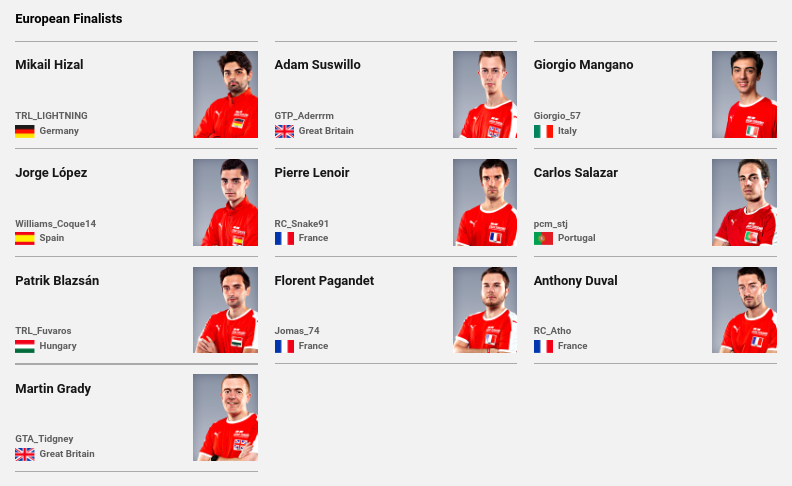 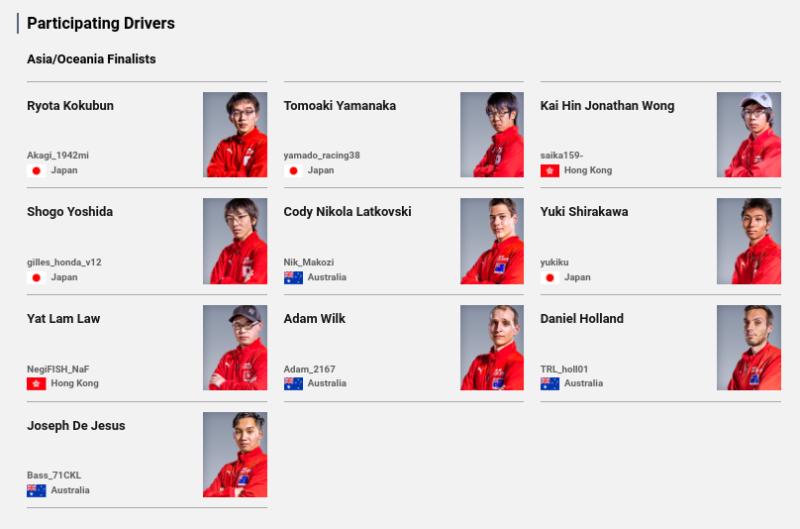 The structure of the events is a little different than the regional events that have come before. Friday holds the usual block and repechage, though there are only two block groups instead of the typical three, featuring 15 drivers each. Both of these races will utilize Gr.3 machines, with Polyphony-designed Lago Maggiore for the first group, and Dragon Trail for the second. 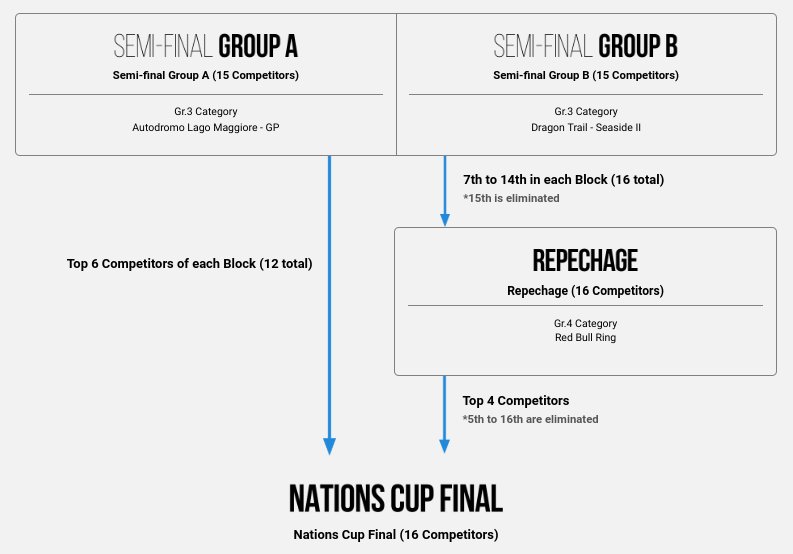 The cut-off here is more forgiving than regionals, too. For each semi-final group, the top six drivers will automatically qualify for Sunday’s World Final. The last-place drivers will be done, while 7th through 14th will qualify for the single 16-driver repechage race.

Here, drivers will take on the slightly slower Gr.4 cars at Red Bull Ring. The top four people in this race will fill out the final four spots on Sunday.

Unique here in Monaco is the fact all drivers will be earning points on both days. All those that qualify for Sunday will earn points based on the table above. This incentivizes drivers to try their hardest to qualify in the semi-finals versus repechage, as they’ll be starting Sunday at a significant point disadvantage otherwise. 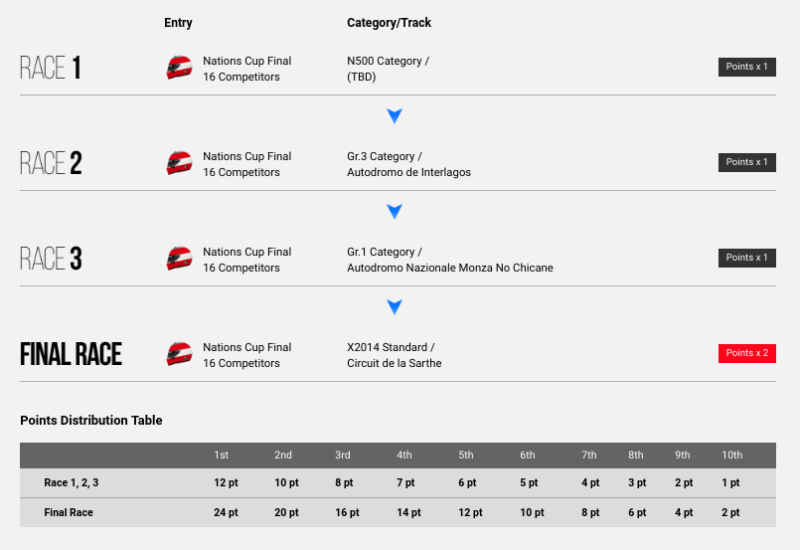 This is it. This is where it all comes to an end, as only one player can win that Boccioni-designed trophy.

Coming into Sunday, the drivers will all have their Friday points, and four races to earn more. That’s one more than the regional finals, though the final race is again a double-points affair, and will feature the Red Bull X2014 once more. The 16 remaining drivers will be taking it around Circuit de la Sarthe — the same track the drivers qualified on during Thursday.

Before that, the drivers will be working their way through the ranks in terms of speed. They’ll be starting in N500 road cars, at a brand-new track. You’ll want to keep an eye out for new cars, too…

Next up will be the very familiar Gr.3 machines at Interlagos, followed by the prototype-style Gr.1s at Monza.

Jordan, Andrew and I will all be on the ground here in Monaco this weekend, so keep an eye on the GTPlanet Twitter and Instagram accounts for up-to-the-minute updates on the races.