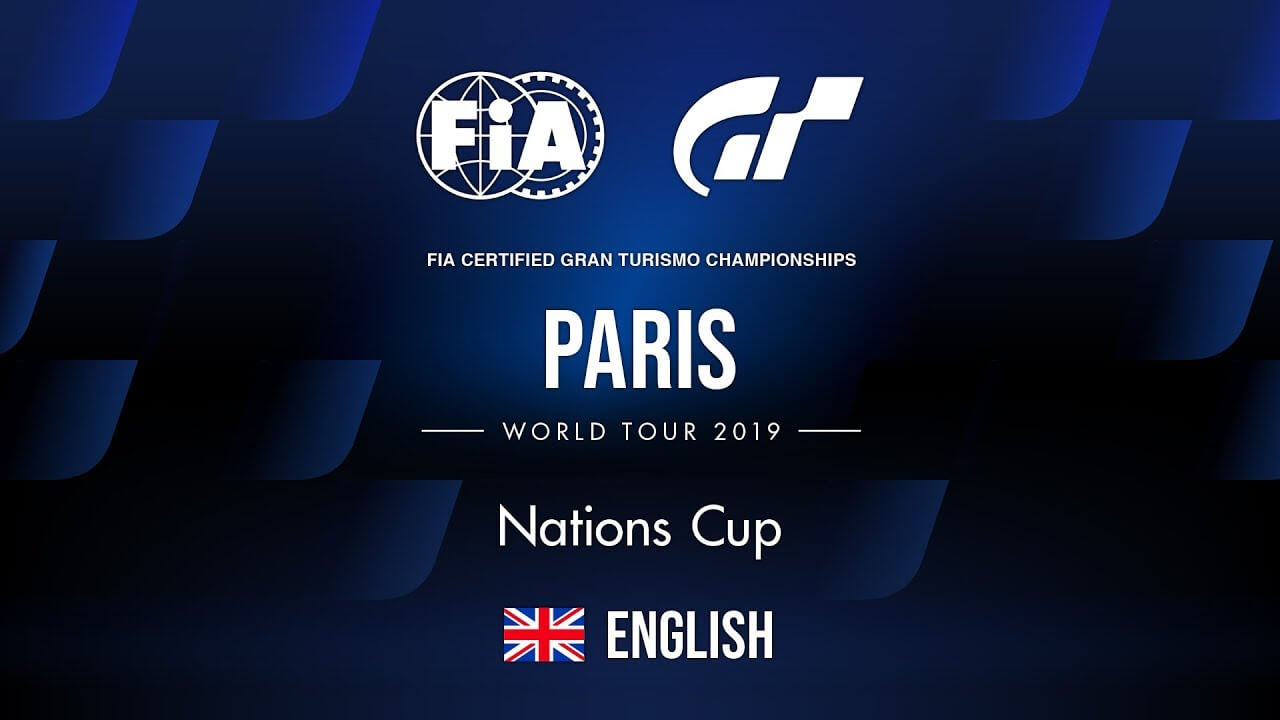 The action continues here in Paris this afternoon, with the first World Tour Nations Cup final.

Following on from yesterday’s Manufacturer Series team championship, it’s time for drivers to exhibit their individual skills as they race head-to-head on a variety of tracks.

All three of the drivers from the Monaco World Final podium are back in action.

Igor Fraga, Mikail Hizal, and Cody Latkovski are all here in Paris, vying for the first title of 2019. They won’t get an easy ride, as the 24-strong field replicates much of the World Final lineup, including Adam Suswillo, Ryota Kokubun, Nicolas Rubilar and Andrew Brooks.

Following the qualifying sessions, there’ll be two semi-finals of 12 drivers, each of which will see four drivers qualifying for the final. The drivers finishing 5th through 10th will get a second chance in an unusual rally-based repechage race, with the top four again qualifying.

The final race is a 16-lap showdown at the new Autopolis course in the X2014 “Competition” spec car. This will see tire strategy come into play, with drivers required to use all three racing compound tires.

Alongside being crowned the World Tour Nations Cup champion for Paris, the winner will also qualify for the season-ending World Final in November.

Andrew Evans · Mar 17, 2019· Comments
The United Kingdom’s James Baldwin has taken the gold medal in the esports discipline at the FIA Motorsport Games, to give the country its first ever category gold.

Andrew Evans · Mar 17, 2019· Comments
The FIA Motorsport Games will crown its esports champion today, with the semi-finals and final taking place live from the Mistral Hall at Circuit Paul Ricard.

Andrew Evans · Mar 17, 2019· Comments
The world’s best virtual racers will be gunning for the medals in the FIA Motorsport Games Esports event over the next two days, starting with the quarter-finals on Friday October 28.

Andrew Evans · Mar 17, 2019· Comments
After six months of racing, the final six competitors in the 2022 Ferrari Velas Esports Series have gathered in Maranello for the Grand Final, which will broadcast on Sunday October 2.

Andrew Evans · Mar 17, 2019· Comments
The 2022 Ferrari Velas Esports Championship is now down to its final six drivers after two evenings of racing in the Regional Finals.

Andrew Evans · Mar 17, 2019· Comments
Half of the names heading to the 2022 Ferrari Velas Esports Championship Grand Final are now locked in, and today’s North American Regional Final is set to decide the remaining racers.