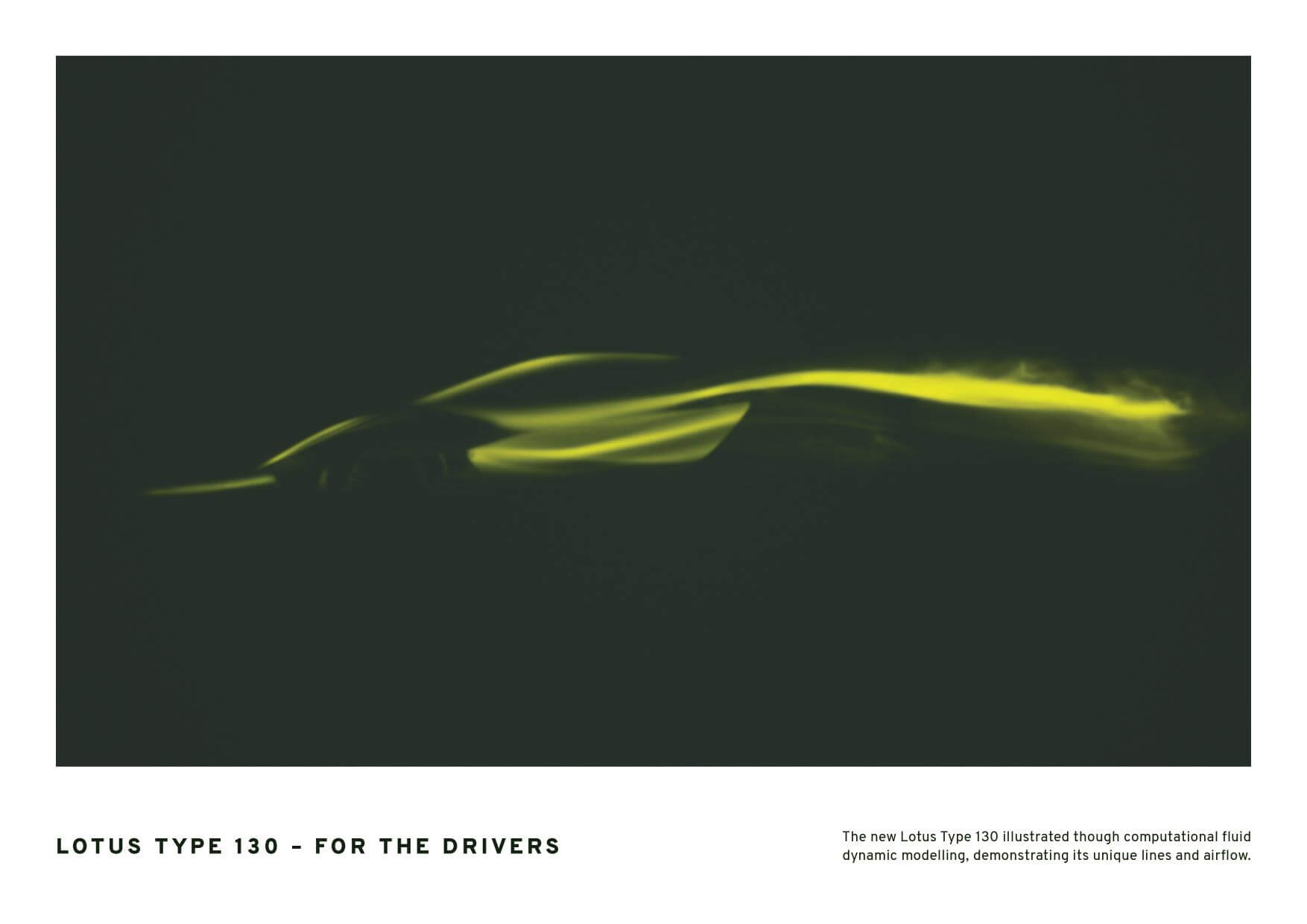 Lotus has used the Shanghai International Auto Show to give the world a first peek at its first all-new car in over a decade.

We can’t stress the “peek” part enough, as the minimal teaser above is all the British company has provided so far. It will be the first all-electric model for the brand, and according to the Hethel-based automaker, for British marques overall. A fine competitor for the 1,900hp Pininfarina Battista, then?

It won’t be long until we get a better look, however. Lotus is promising a full reveal before the end of 2019 in London. It will then go on sale next year, 72 years after the Colin Chapman founded the brand.

“Type 130 will be the most dynamically accomplished Lotus in our history,” said Lotus CEO Phil Popham. “It marks a turning point for our brand and is a showcase of what we are capable of and what is to come from Lotus.”

Nearly two years ago, Geely purchased a majority share of Lotus. The Chinese firm also owns Volvo, which has seen an impressive turnaround this decade. With Volvo — and Polestar — flourishing, many fans will be hoping Lotus is next in line for a revitalization.

How the firm’s long-held reputation for lightweight models will mesh with the heft inherent to batteries remains to be seen. The Type 130 won’t be alone in challenging pre-conceived notions of what a Lotus can be either. After the new all-electric hypercar launches in 2020, a crossover will follow it two years later.

Expect more on the Lotus Type 130 over the coming months.