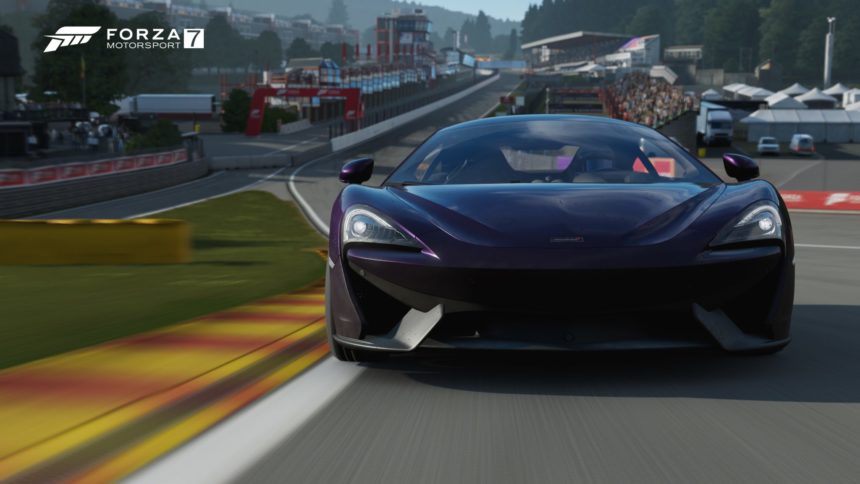 It’s been a while since we’ve heard about McLaren’s multi-disciplinary Shadow Project. The next qualification stage is now open, and as per tradition, it’s on a different platform. This time around, it’s Forza Motorsport 7.

This newest qualifier requires quick drivers, in more ways than one. For starters, you’ll need to pedal the Sports Series 570S around Belgium’s iconic Spa-Francorchamps circuit in-game. That’s harder than it sounds. In stock form, the 570S packs 562hp, making short work of Spa’s straights, but this is still a road car, so you can’t lean on downforce around high-speed corners like Pouhon.

There’s also another fight against the clock: the deadline itself. Interested sim racers only have until midnight this Friday, November 15, to hop onto FM7 and set their blazing lap time.

Luckily, Turn 10 and McLaren have worked to make it a relatively painless process. There’s a dedicated Rivals event available in-game to enter, ensuring your car is up to snuff. Simply register here, make sure all driving aids are off (yes, even ABS, though automatic shifting is allowed), and then make as many attempts as you’d like in the Rivals event before the deadline.

The fastest two players will qualify for the finals, held at the McLaren Technology Centre in Woking. At the time of writing, TX3 Lightning and JSR Rossi — both of ForzaRC fame — sit atop the leaderboards, with only one-thousandth sitting between them. There are over 4,500 entries already, so good luck!

McLaren Shadow
2 Comments Discuss this post in our forums...
Can You Beat the Impossible Gran Turismo Quiz?