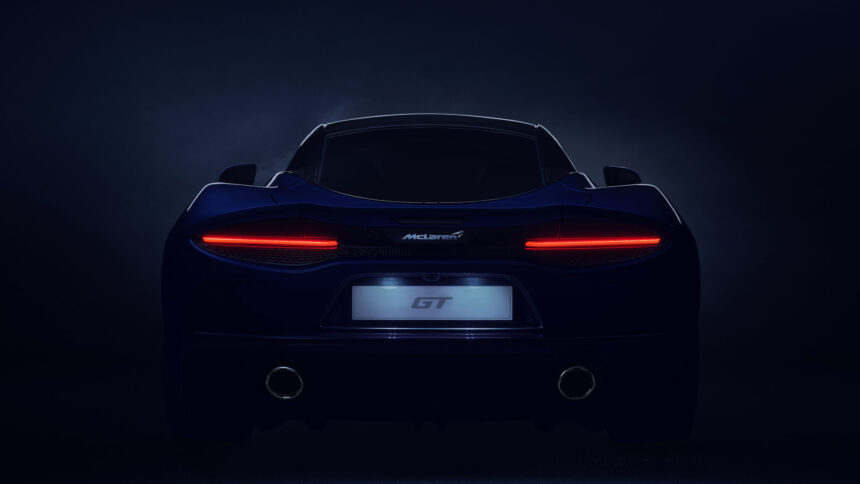 McLaren is continuing to tease us with glimpses of its new car. We’ve seen it in various camouflaged guises in recent weeks, including at the Geneva Motor Show, but now the dazzle wrap has come off.

We’re still a week away from seeing the car — and finding out its name — but McLaren does have some more details on “the McLaren of Grand Tourers”. For starters, it’s not going to fit into the regular structure of McLaren models. The brand differentiates its road cars from its performance models by using the Sports Series and Super Series names. There’s also the Ultimate Series of unreasonably high performance cars, and the McLaren GT won’t be in any of those categories.

This suggests that, although the GT will naturally share a lot of its construction and components, it will be a very different proposition from McLaren’s existing touring option, the Sports Series 570GT.

McLaren also notes that the car will be the only vehicle “to share DNA” with the Speedtail. That’s quite a proposition for a car that the brand says will be more focused as a Grand Tourer.

The company recently opened a new factory near Sheffield. This allows it to produce all of the carbon fiber tubs that form the core of every McLaren model entirely within the UK. At present Carbo Tech of Salzburg, Austria, makes the Monocell and Monocage chassis, but McLaren has decided to bring all production into the UK as it looks to accelerate volumes to more than 6,000 cars a year.

As for the McLaren GT, it’s due for its grand unveiling at 1200UTC on Wednesday, May 15. In the meantime, McLaren has this little teaser video clip for you to drool over:

Automotive News 92 Oct 20 by Andrew Evans
Bugatti may have been knocked out of the history books yesterday, but that’s not going to stop the brand which produces some of the fastest, most expensive luxury cars ever…

Automotive News 48 Oct 19 by Andrew Evans
The chase for the fastest ever production car just got a lot spicier as SSC has recaptured the crown it lost in 2010. In regaining the record, SSC has also…