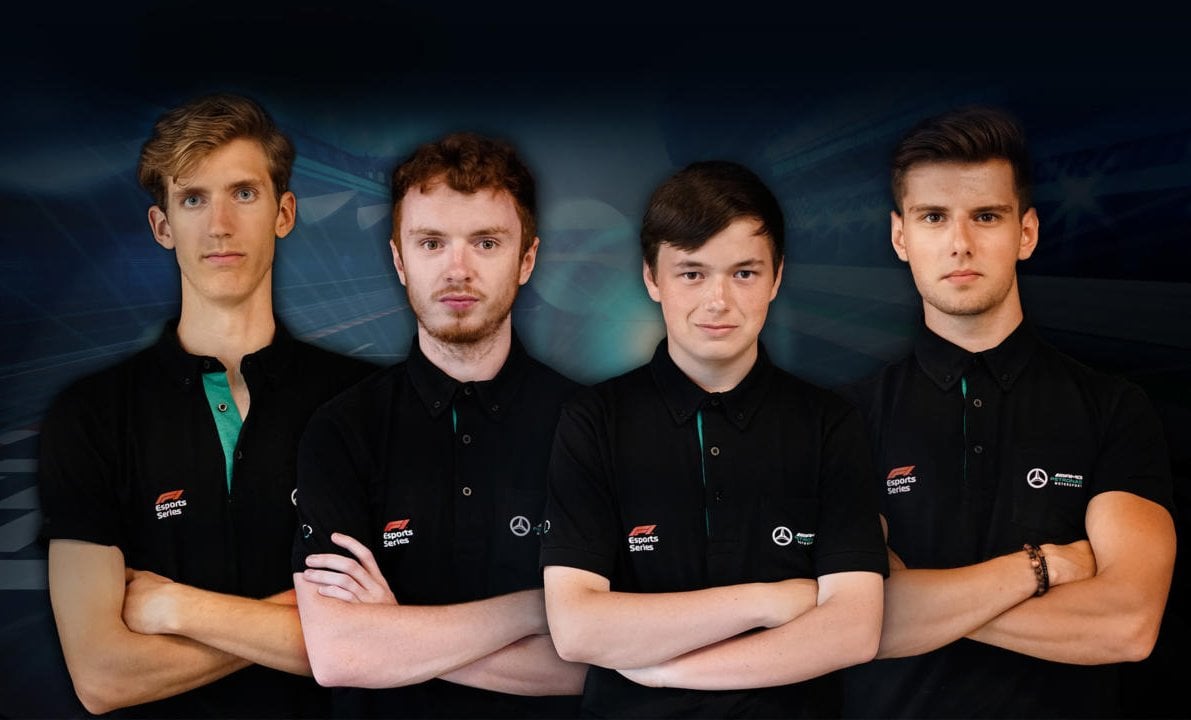 Not to be outdone by rival — and one-time-BFF — McLaren, Mercedes-AMG has announced its own complete F1 Esports squad. It’s even got one more driver.

The newly-formed Mercedes-AMG Petronas Esports team will also mirror the real-world squad by featuring a defending world champion. Brendon Leigh, the winner of the first F1 Esports Series last year, headlines the quartet. Fellow Brit Harry Jacks is also on board, as well as Patryk Krutyj of Poland and Hungary’s Dani Bereznay, who AMG picked up at the Pro Draft last month.

The young drivers will call Mercedes-AMG’s Brackley base of operations home, sharing the premises with the F1 team. This includes the Driver-In-Loop Simulator, the same one the development drivers use. It should prove a valuable resource for the team, enabling the esport players to transfer knowledge gleaned from the setup to their F1 2018 exploits.

Just as important as in-car experience — even digital — is the time not spent racing. Mercedes-AMG will provide the players with support on things like nutrition and general wellbeing to ensure the team’s best performance.

The new Esports centre should be complete in the next few weeks. Meanwhile, the 2018 F1 Esports Championship will get underway in October and November of this year. F1 2018 launches August 24.