A new TV show is heading this way to bring the automotive world under close scrutiny. It’s called Motor Mythbusters and, as the name suggests, it’s Mythbusters but for cars.

For those of you unaware of the global phenomenon of Mythbusters, it’s a show about… well, busting myths. The original show, hosted by special effects designers Jamie Hyneman and Adam Savage, set about testing urban legends and tall tales to see if they were true (confirmed) or not (busted).

Although the show is probably most famous for massive explosions, there was usually method to the madness. Mythbusters tested everything from ancient weapons of mass destruction like the Archimedes Mirror to whether you can actually polish a poo (and you can).

Motor Mythbusters will do the same thing, but exclusively for automotive myths and burning questions like what color cars birds prefer to poop on; clearly a no less scatalogical show. 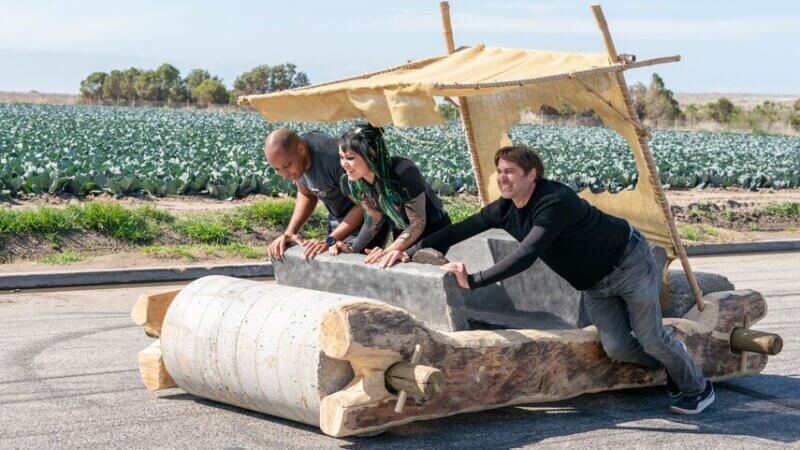 Tory Belleci, one of the Build Team from the original Mythbusters, will head up the show, fresh from his antics on Amazon Prime’s The Great Escapists. Joining him are Faye Hadley from MotorTrend’s All Girls Garage, and professional racing driver Bisi Ezerioha who you might recognize from Netflix’s Fastest Car.

Each episode the team will investigate the truth behind various tales from the automotive world, including movies, viral videos and urban legends. As you might well imagine, the Fast and Furious series will feature in the show, starting with the Cuban street-racing scene from The Fate of the Furious — though we’d expect many, many others.

Other movie myths will include whether you can clock a car by running it in reverse, if you can drive a Flintstone car, and what exactly it is that UFOs do to cars in every movie from Close Encounters onwards.

The show will start on Wednesday August 4, through the MotorTrend app.

Andrew Evans · Jun 10, 2021· Comments
The LEGO Group has announced the new sets it will produce for the 2023 Speed Champions range, revealing the McLaren Vision Gran Turismo-inspired Solus among the five sets on offer.