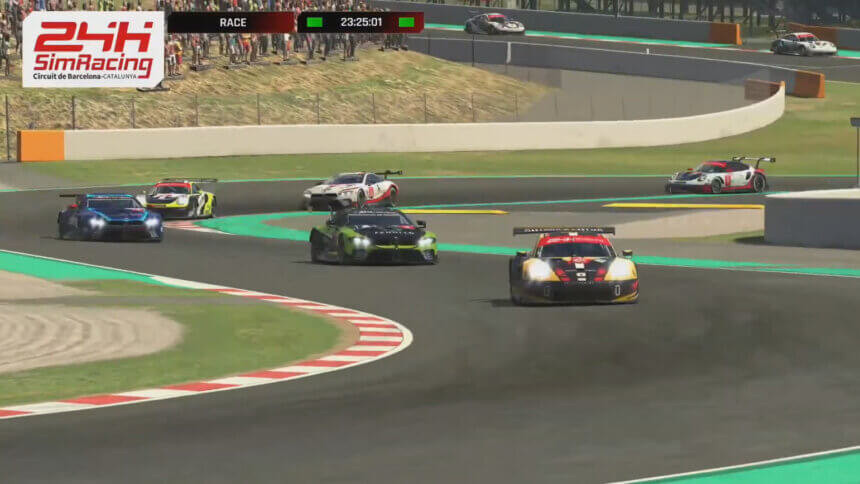 The MSI Esports team has emerged victorious from the third edition of the 24h SimRacing, defending its title from last year.

This year’s event was something of a change of format from previous races. While the event has previously taken place at the Circuit de Barcelona-Catalunya, during a real-world 24h endurance race, for 2020 it was a remote event. The physical race met the same fate as so many other sporting events worldwide this season, and the virtual event’s organizers opted to run the race online.

Allowed entry as one of the four wildcards for this year’s event, MSI started the race in fourth, but soon became part of a breakaway lead trio with Unicos and Zennith — the pole-sitting S2V team could not make the race start. Unicos made much of the early running, before a pit stop just after the hour mark released the two BMW M8s behind.

That essentially became the race for the win, as Unicos emerged into traffic while the MSI and Zennith cars were able to run longer and stay at the head of the pack after their stops. However, Zennith took the advantage and pulled out a gap to its champion rivals to lead for the majority of the race.

The race-changing moment came in the race’s 17th hour, deep into the Barcelona night. While running through turn seven, the Super Copa Esports Mexico car made an unforced error and slid across the circuit. The Zennith car, which was several laps up, came through the corner and, unsighted, collided with the stricken M8. That resulted in race-ending damage for both cars.

According to 24SimRacing, some 30,000 viewers tuned in to watch the race across Spanish and — for the first time — English streams, along with a broadcast in Catalan on the Esports3 channel.