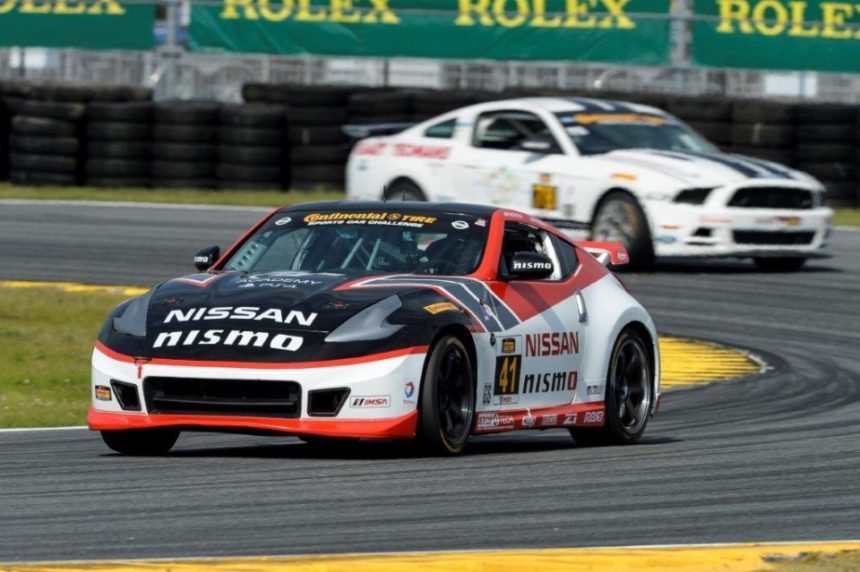 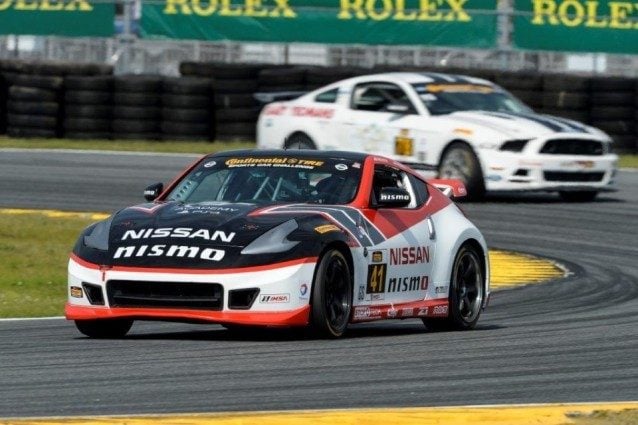 Less than two weeks ago I was going about my day to day activities, not sure when my next race would be. Somewhere around 9:30am on Wednesday, a week before the 24 Hours of Daytona, I got a phone call asking if I would like to come run the Continental Tire Sportscar Challenge aboard the Doran Racing Nissan NISMO 370Z. As you can imagine, I excitedly said “Yes!!!” without hesitation. The plan was to pilot the number 41 with fellow GT Academy winner Bryan Heitkotter in the car.

Not much time after the phone call I had a plane ticket booked, hotel, and all my plans in order to fly to Florida. Already, the excitement and nerves were building to have my first race of the year and my first race in the States at the famous Daytona International Speedway. I was looking forward to running with a new team, a new car, a new track, a new series; essentially a whole new experience aside from racing for me.

Upon arriving to Daytona I watched numerous onboard videos and put in many laps on Gran Turismo to get a feel for what the real deal would be like. No matter how much preparation there is, nothing can compare to getting genuine seat time in a racecar. 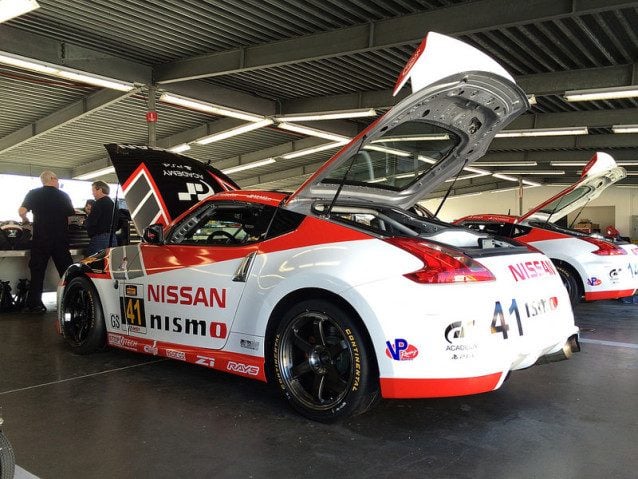 I turned up to the track the following Wednesday ready to get back into racing mode after months of not touching a race track. The Doran Racing crew gave me a warm welcome and made me feel right at home in no time. I was able to get lightly acquainted with the 370Z and a quick debrief of the plan for the day. Before I knew it, I was running at 160mph around the steep Daytona banks with 56 other cars.

Getting back into racing mode took no time at all but getting used to a new car and track did take a practice session or two. The 370Z is a whole different animal compared to the GT-R GT3 that I became accustomed to running over in Europe. The car performs on mechanical grip (the setup of the car) much more than the GT3 car which uses a lot of aero (down force) for grip. I realized quickly I needed to use the weight transfer of the car to get a good turn in, carry more speed through corners, and match the revs on downshifts the best I could to put in good lap times. By the second session I was able to put in a lap that would be competitive come race time.

Thursday didn’t bring much drive time but it did bring me a time to prove I was capable of performing at a top level in the series. Not only that, but it was my 22nd birthday and I was soaking in the whole experience as one of the best things I could be doing on my birthday. It was decided I would qualify the number 41 which in turn meant being the starting driver in my first race of the year. I was eager to qualify the car and put my doubts aside to get a good result. 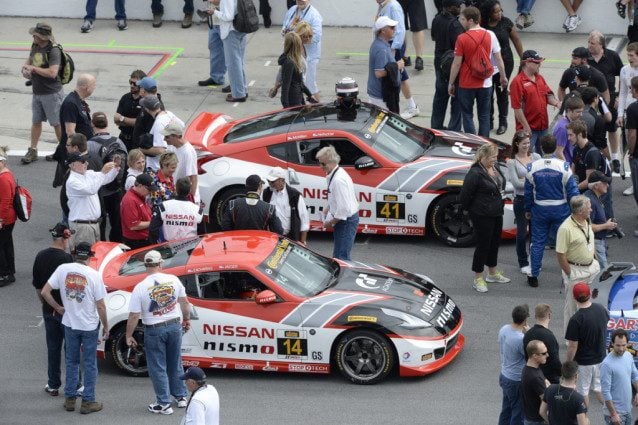 I went out on my first flying lap pushing the car harder than I had in any lap during practice. The Nissan soaked up the punishment just fine, meaning I needed to push even harder the next lap. Flying lap number two had a couple minimal mistakes, but would be my best of the session at a 1:57.4 good for 7th place on the grid; a genuine surprise to myself. I went for flying lap number three to fix a couple mistakes but got a little sideways out of turn five causing me to lose a few needed tenths to improve my time. I wouldn’t manage to improve my time due to a mechanical issue on my last flying lap that would also cause me to lose my fastest qualifying lap due to not technically finishing the session. My second fastest lap was still good for 9th on the grid come race day.

I was excited to qualify in the top ten in my first attempt at the Continental Tire Series and to be the highest qualifying Nissan on the grid as well. My times gave me the confidence I needed and proved that I had the speed to run up front during the race. In no time the Doran Racing mechanics had sorted out the mechanical issue I had in qualifying and made a few adjustments to the car setup for Friday’s race. Oh, and the team had gotten me a tasty birthday cake for my qualifying efforts! 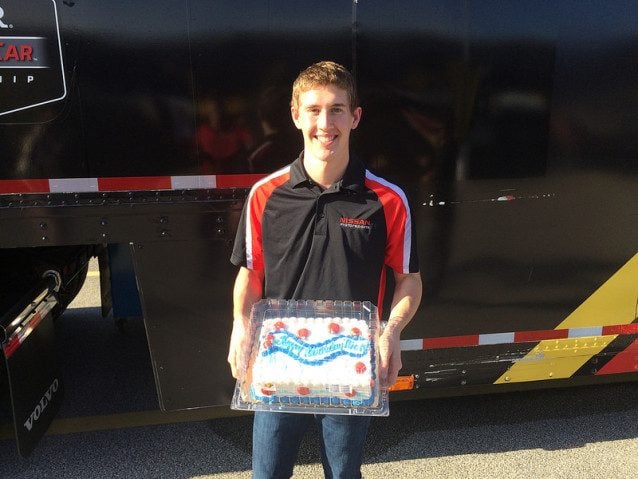 Friday morning I dragged myself out of bed after not much sleep the night before and readied myself for race day. I think my nerves had gotten the best of me because I didn’t feel too well and couldn’t eat much of my breakfast. I’ve raced probably hundreds of times between my motocross days and racing cars but I can say I still get just as nervous as the first race I competed in. No time to worry though, I went out in the morning warm up session and put in a few decent laps before the race.

The start of the race arrived quickly. I had gone through the start in my head dozens of times just to visualize what I wanted to do. I hadn’t started a race in over a year and never with this many cars so I wasn’t sure what to expect. All I knew is I wanted to keep it clean on the first lap even if it meant losing a couple positions off the start. Once I got strapped into the car my nerves seemed to disappear and I was itching to take the green flag.

We had two warm up laps and then it was go time. I was anticipating the green flag which felt like forever until it waved, but once it did I was all out. I ran the car up to 9,000rpm to get the maximum run before shifting to third. Unfortunately, in my excitement I would miss-shift to fifth for a moment and back down to third to get going again. This would allow a couple cars to easily get by me before the first corner. I was upset with myself but had to put the mistake behind and push forward. 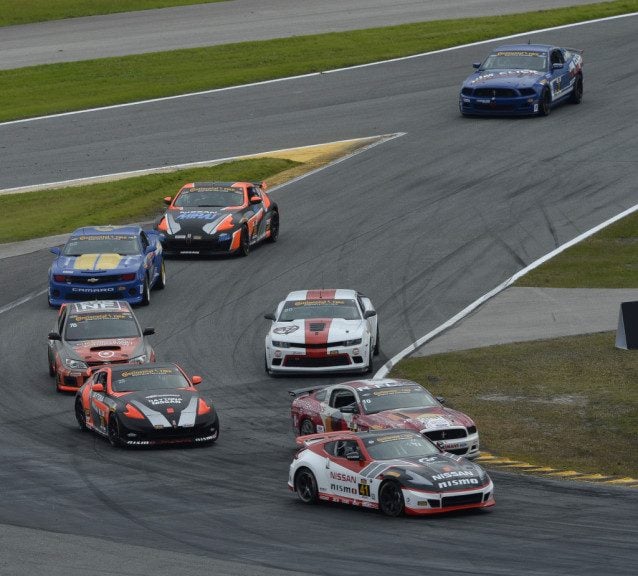 I would make up a spot or two in the first few laps until I settled into a good pace. I ran around 10th for awhile near the back of the lead pack. Even though it was at the back, I was still happy to be running with the leaders where I could gain needed experience running their pace. I was amazed at how consistent and even everyone was, not gaining or losing on anyone. The only way to make up a spot was to stay right on the bumper of someone and hope you can capitalize on a mistake.

After a couple cautions and places being mixed up I would find myself in a battle near the end of my stint with the No. 46 Fall-Line BMW and the No. 28 Tim Bell Nissan. At one point even going three wide around the last banking and trading some paint. Eventually, I would hand the car over to Bryan Heitkotter to finish the race. Bryan put in a great stint running consistently and making up spot by spot. Come time the end of the race we would find ourselves with a well earned 6th place in my Continental Tire Sportscar Challenge debut!

Daytona was an amazing experience for my first race in the States and a great birthday present at that. I was pleased with my performance and had a lot of fun at the same time. I look forward to my next race after getting a good base to build off of from Daytona. I had a great time getting to meet some fans and hangout with some good friends from GT Academy as well. 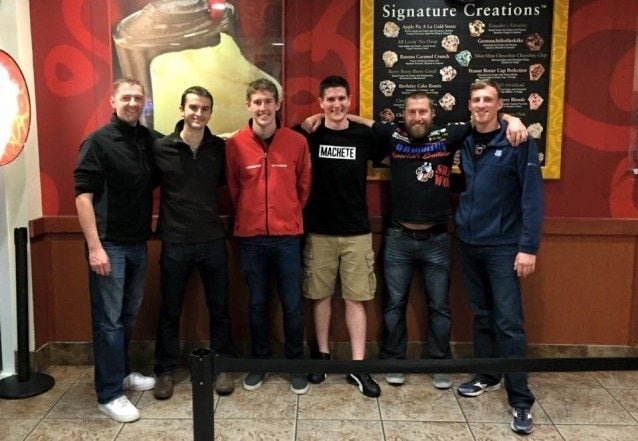 A big thank you to Nissan, Doran Racing, and the GT Academy program for giving me the opportunity to be where I am now. I hope to announce when, what, and where I will be racing next!

Thank you for your support,

DaytonaNick McMillen
The original comments for this post are no longer available.
F1 2020 Review: A Winning Formula

Gran Turismo Sport 9 Jul 15 by Andrew Evans
As you can see from the image above, you’re soon going to see the Gran Turismo name plastered all over a new race car. For many fans, this is a…