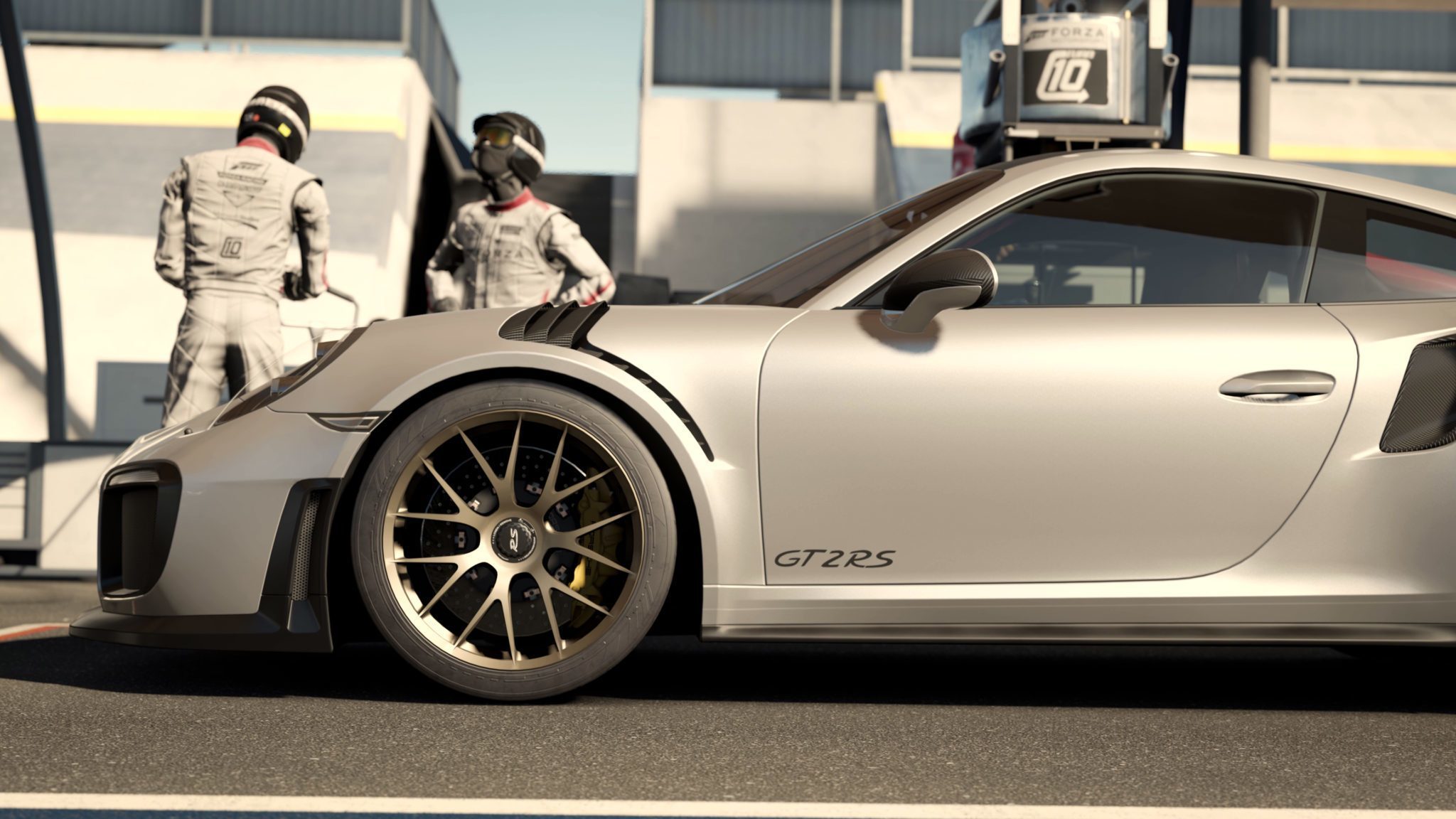 Microsoft spilled more details regarding the Xbox One X this week at Gamescom. Among the news was a list of about 120 titles the new console will enhance. Fortunately for us, more than a couple of those happen to be racing games.

F1 2017, Forza Horizon 3, Forza Motorsport 7, Gravel, Need for Speed Payback, Project Cars 2, The Crew 2, TT Isle of Man: Ride on the Edge, and WRC 7 are the nine racers to take advantage of the more capable hardware. While existing games are expected to run smoother on Xbox One X, these particular titles have been specifically developed to deliver graphics and performance that wouldn’t be possible on another console.

To clear up some of the confusion, Microsoft has a name for software that’s been improved in this way: “Xbox One X Enhanced.” However, there’s no clear formula for what grants a game that designation. Some enhanced titles may feature higher resolution assets. Others may run at a faster framerate. Regardless, none of them will be exclusive to the more powerful variant. All Xbox One X games will be playable on other Xbox One systems.

So what exactly does that mean for the nine titles above? We can expect Forza Motorsport 7 to boast the most pronounced enhancements, running at a native 4K resolution and a hard-locked 60 FPS. Codemasters confirmed F1 2017 would hit those numbers at E3 in June. Meanwhile, Forza Horizon 3 will receive an update to full 4K, but we don’t know what Playground Games is planning to do about the framerate.

The details are less clear on the rest. We’ve heard Project Cars 2 will run better on the Xbox One X compared to the PS4 Pro, but not by how much. Back in June, Slightly Mad Studios CEO Ian Bell confirmed on our forums that the title wasn’t hitting 60 FPS at 4K. The developer would be forced to “upscale from something very reasonable,” Bell said, rather than running natively at that resolution.

Meanwhile, there’s no word on how Gravel, Need for Speed, The Crew 2, TT Isle of Man, and WRC 7 will be upgraded. You can expect some answers as the console’s November 7 release draws closer. As for the question of whether Microsoft’s new box is too expensive, you can decide that for yourself.

See more articles on Gamescom 2017 and Xbox One X.

Andrew Evans · Aug 23, 2017· Comments
An announcement on the PlayStation Blog Japan has revealed that Gran Turismo 7 will be one of the games available in a special PlayStation VR2 event in Tokyo next month.

Gary Slater · Aug 23, 2017· Comments
January may be in the closing stretches, but Winter has returned for another round in Forza Horizon 4. Through the blizzards and the snow drifts, everyone at the UK festival continues to battle through the elements in order to seek out the latest events.

Andrew Evans · Aug 23, 2017· Comments
Playground Games has previewed the next Series of Forza Horizon 5 — Japanese Automotive — in its latest Let’s Go stream, revealing what people will be doing, building, and winning when it gets underway on February 2.

Michael Leary · Aug 23, 2017· Comments
Although Playground Games has yet to announce the Forza Horizon 5 Series 17 update, it’s already confirmed that Series 18 will feature a tribute to the late Ken Block.

Andrew Evans · Aug 23, 2017· Comments
Quirky rally title art of rally is now available as a physical, boxed title for PlayStation 4, PlayStation 5, and Nintendo Switch owners, with some cool bonuses for buyers of either the base version or Collector’s Edition.