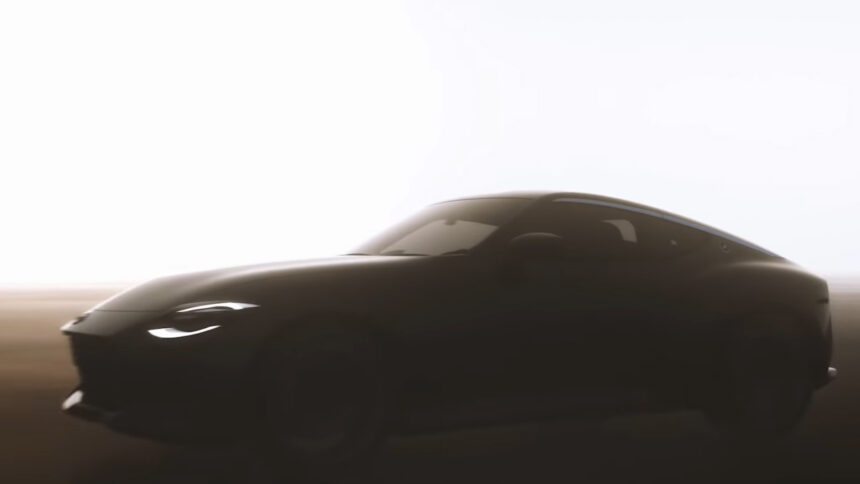 Nissan has released a new video detailing its refreshed product line-up for the near future, and there’s a surprising treat in there for sports car fans: its next Z Car.

The current generation of Z — Fairlady Z in Japan, or 370Z elsewhere — is a pretty old car. When Nissan introduced the “Z34”, it replaced the seven-year old Z33 generation 350Z. That came back in 2008, and the 3.7-liter 370Z has been on the market ever since. As a result, while still relatively inexpensive and a lot of fun to drive, it feels rather dated when you sit in the cabin.

Rumors of a successor car have, unsurprisingly, been doing the rounds for a number of years. The company has been a little in the doldrums recently, including a pretty high-profile and ongoing scandal involving former CEO Carlos Ghosn, and there have been some fears that it might sacrifice the next Z — and GT-R — to balance the books. However the video clip confirms that — at long last — the car is on its way.

The trailer, which Nissan calls “Nissan Next: From A to Z”, shows 12 cars from its planned model line-up. That includes big money-makers like the Qashqai (known as Rogue Sport in North America) and Rogue, the new Kicks mini-crossover, and then the slam-dunk at the end: Z. It is, after all, an A to Z…

In the clip we can see that the new Z has a very similar profile to the Z34 370Z. There’s a very subtle different to the window line around the rear three-quarter. A new Z badge on the rear pillar offers another change, but otherwise from side-on it’s pretty familiar.

Other angles show a few other differences though. The huge, blown out wheel arches of the 370Z have given way to a longer section that continues further forward — more like the 280Z than the 260Z. While the headlight units themselves are unlikely to be round, the lighting within has shades of the S30/S130 era too. The wing mirrors are now mounted on the door panel rather than where it meets the A-pillar.

What we don’t know from the teaser is what will power the new Z or — aside from Fairlady Z in Japan — what Nissan will call it. Back in 2018, Nissan built a 370Z for SEMA which it called “Project Clubsport 23“. That used the three-liter, twin-turbo V6 from Infiniti’s Q50/Q60, which was good for some 400hp, and this seems the most likely powerplant for the next Z.

Nissan
62 Comments Discuss this post in our forums...
Test Your Badge Knowledge With Our Car Logo Quiz

Automotive News -1 Jan 19 by Andrew Evans
If you’ve always fancied the Porsche Taycan but found the $100,000 starting price to be a little eye-watering, there’s some good news for you. Porsche has now confirmed that the…