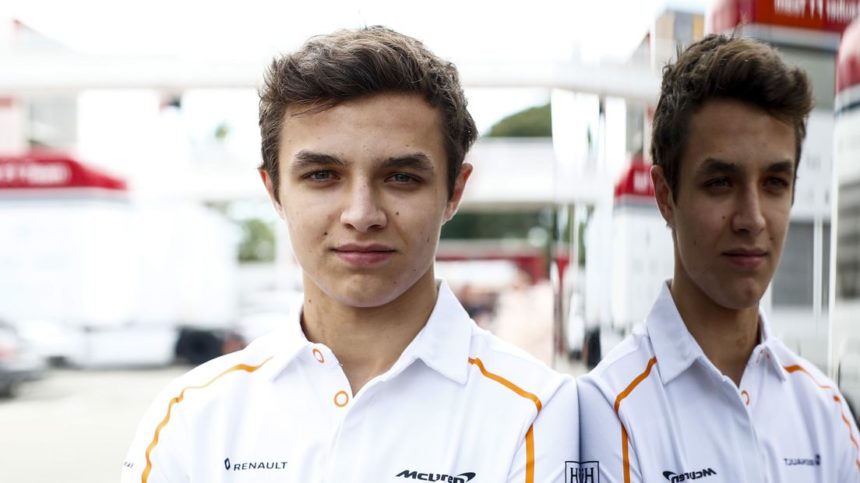 Norris to Replace Vandoorne at McLaren for 2019

The 2018 F1 season has only seven races left. With one eye on 2019 then, teams are trying to nail down their driver contracts.

Fans know this little period of the F1 calendar as the “silly season”, as everyone speculates who’s going to end up where. One seat no longer available though is at McLaren.

After having already signed Carlos Sainz to replace the retiring Fernando Alonso, McLaren has now announced who’ll be his team-mate.

Despite the relative similarity in pace with Alonso, McLaren has chosen not to renew Stoffel Vandoorne’s contract. Instead, for 2019, it will promote its test and reserve driver Lando Norris.

Norris has been part of the McLaren Young Driver Program since 2017, joining the team as a test and simulator driver. He won the Formula Renault championship and the Toyota Racing Series in 2016, along with winning European F3 at the first attempt last year.

Currently Norris is driving for Carlin in the FIA F2 Championship. He won his debut race from pole position and sits in second at present with four races left. He’s also been testing F1 cars, driving in free practice in Italy last weekend, and has driven in official F1 testing in both 2017 and 2018.

“We believe Lando is an exciting talent, full of potential, who we’ve very deliberately kept within the McLaren fold for exactly that reason.

“In Lando and Carlos we have an impressive duo who, despite their relative youth, hold valuable experience in Formula 1 and with McLaren, and represent the next generation of McLaren drivers to lead the team forward.”

Norris’s appointment means that four teams have now confirmed their 2019 driver line-ups. There’s still a spare seat at Ferrari, but it seems likely that Ferrari Academy driver Charles Leclerc will make the move from Sauber to fill this space.

That leaves Haas, Toro Rosso, Sauber and Williams all yet to name a single driver for 2019, while Vandoorne is now a free agent. The recently rescued Racing Point Force India hasn’t even confirmed an entry for 2019 yet, potentially putting Sergio Perez and Esteban Ocon back onto the driver market.

F1 2019 SeasonMcLaren
38 Comments Discuss this post in our forums...
Test Your Badge Knowledge With Our Car Logo Quiz