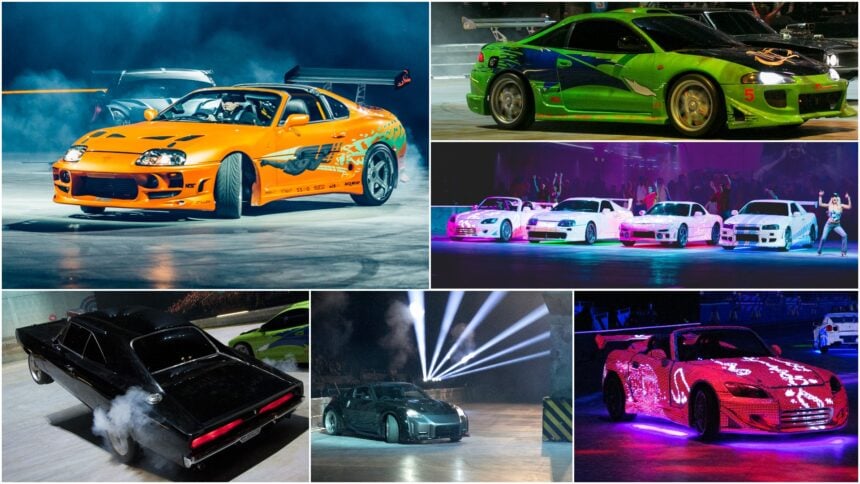 Are you a fan of The Fast and the Furious franchise? Considering two cars from the series ended up in the top three of our World Cup of Movie Cars, we imagine several of you are. Due to this, we have a special Want in store for you this week featuring a massive 34 vehicle lot of cars related to the films.

Unfortunately, not all the cars are on-screen cars. Only three of them were used in various films over the course of the franchise. However, one of them is a Want veteran, the Drift King’s Nissan 350Z from The Fast & The Furious: Tokyo Drift.

The other two screen cars are iconic too. One is the Ramp/Flip Car from Fast & Furious 6 and the other is a Lamborghini Murcielago LP640 from The Fate of the Furious. Although the Murcie isn’t exactly as it seems. Instead of the 6.5-liter V12 under the bonnet, it instead uses a Jaguar V6 mated to a Porsche Boxster transaxle.

In addition to the film cars, there are also several vehicles from the Fast & Furious Live event. Of those, there are two standouts, a Mitsubishi Eclipse and 1970 Dodge Charger. Like the on-screen Lambo though, both cars are heavy on the special effects.

The Mitsubishi looks just like Brian O’Connors Eclipse from the original film, but it’s not packing a 4G63 under the hood. Instead, it’s an electric vehicle and rides around on space-saving spares.

The Charger is similar too. It disappointingly doesn’t have big block Mopar, but rather an electric drive system too. One unique thing about it though is a hydraulic ram system that lifts the car into the air to mimic a wheelie.

If you’re in the mood for something more complete, there are several replica vehicles available in the sale too. Unfortunately, like the on-screen and show vehicles, most are not street legal. 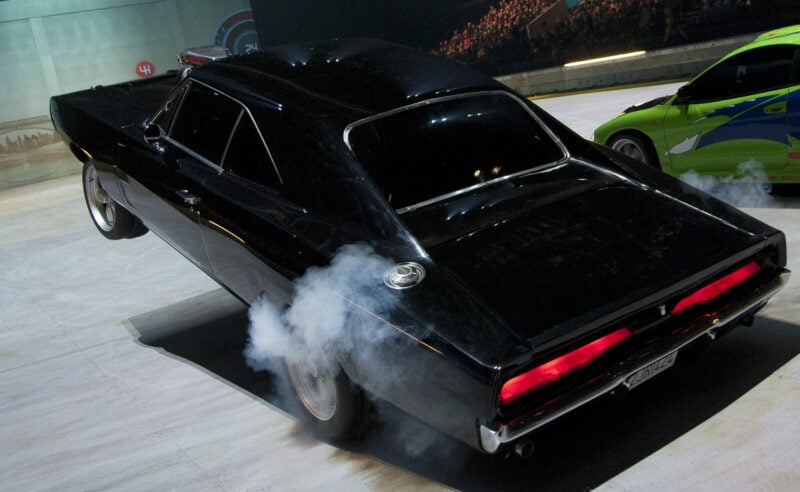 Among these are some fan favorites, including the famous orange Toyota Supra. According to the listing, it packs a 650hp 2JZ under the hood, which is more than enough to blow the doors off a Ferrari 355.

Another fan favorite is a pair of black Honda Civics similar to the ones used to hijack semi trucks. Unfortunately, both cars are a strange mashup of various parts to make them work. The weirdest of these modifications is with the engine, which is a 2.0-liter Ford Duratec engine.

If you want something a bit more street legal, there are a handful of cars that can go on the road. The most notable of these is a 1970 Charger built by Dennis McCarthy. However, like the other cars on the list, it’s a bit of a strange setup too. Like the electric Charger, it’s sans the big block Mopar. Instead, it gets a 5.0-liter GM small block with a fake blower. 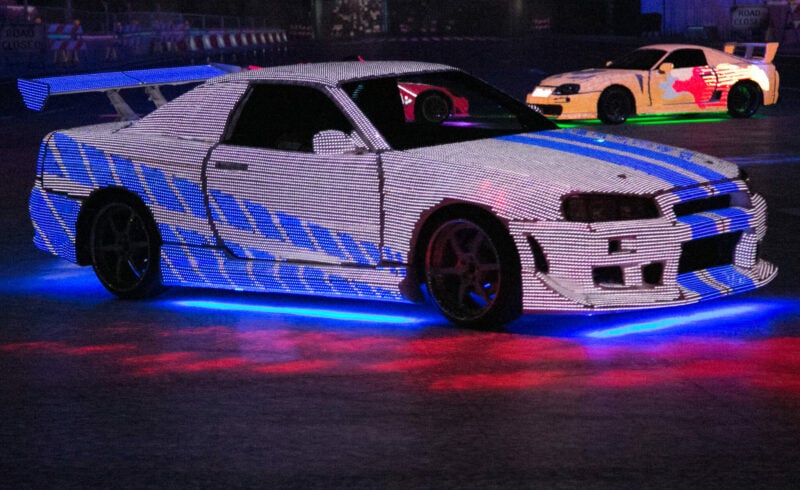 The final group of cars is a set of prop vehicles. The standout here is the batch of LED vehicles that include a Honda S2000, Toyota Supra, Nissan R34 Skyline, and Mazda RX7. They’re all a bit strange looking though with the lights off. But, as soon as the lights go on, all four vehicles suddenly come alive.

Like many of the other cars, all of these LED vehicles have Ford engines. In particular, they use 2.5-liter Duratec powerplants. It seems like an odd choice, but we guess from a maintenance perspective it does make a bit of sense.

If you’re interested in picking up some memorabilia from The Fast and The Furious franchise, you can check out PDS Auctions in the East Midlands. Prices range from a scant £1 ($1.29) all the way to £17,300 ($22,500) at the time of writing this article. Bids will rise though since the auction is open through the end of the month on Bidspotter.