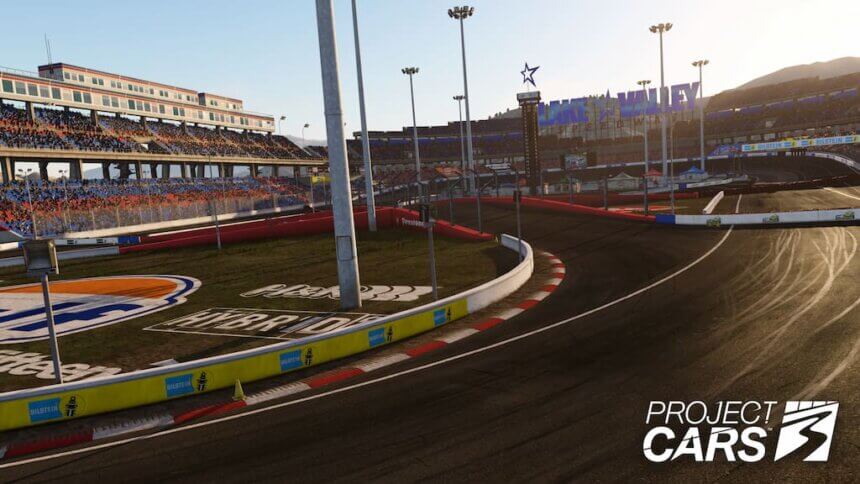 Update: Slightly Mad Studios has now confirmed some aspects of the Power Pack DLC. We’ve updated the article below to reflect this.

The next DLC pack for Project CARS 3 has leaked out ahead of its official reveal and launch next month. It goes by the name of the Power Pack, and it’ll join the Style Pack and Legends Pack as the third of PC3‘s four planned DLC packs.

This particular slip comes via an Achievements update in the Xbox versions of the game. Six new Achievements dropped earlier today, bearing not only the name of the DLC but confirmation of some of the contents. The full list is as follows:

As you can quite clearly see from that list, there’s three new cars — as with the other DLC packs — and, for the first time in these DLC packs, a new circuit. The Lake Valley circuit, which will be a new addition to the series, has at least two variants, as mentioned in the Achievements list above, although there’s potentially others too which Slightly Mad will reveal in due course.

Update: There’s now confirmation that Lake Valley, a brand new fictional circuit located in Utah, has four layouts, which includes an oval. The screenshots reveal that the circuit is based in a stadium, though it isn’t necessarily confined to the stadium at all times. 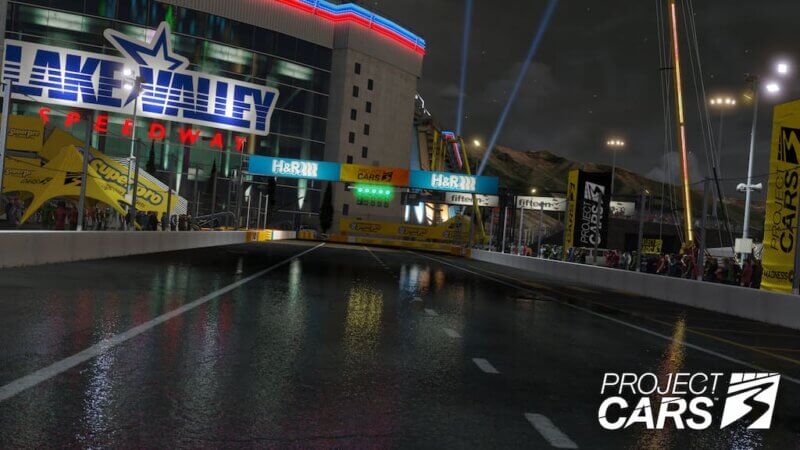 Along with the track you’ll get three cars all on a drifting theme. All three are front-engined, rear-wheel drive machines, representing the 1980s, 1990s, and 2000s drift scenes. The oldest of the three is the legendary Toyota Sprinter Trueno, and that’ll be joined by two Nissans, with the S15 Silvia and Z34 370Z sliding alongside it. At the very least, the Silvia can also benefit from a racing conversion, and it’s likely that both of the other cars will too — though this is also yet to be confirmed. Of course there may be further content in the pack that hasn’t been revealed yet.

Update: SMS has now confirmed that the Power Pack DLC will in fact include four cars, all of which are Japanese, and that each has a racing conversion option. It hasn’t confirmed the identities of the cars, although it describes the fourth car as “a world-first a one-off prototype that is going to knock your socks off”.

At time of writing, the Power Pack hadn’t been officially revealed yet, though statements from SMS staff suggest it will arrive some time in March, and the fact that the Achievements are already live in the Xbox version of the game suggests it won’t be too far into the month. The official blog post subsequently revealed it would launch in the week commencing March 1.

Both previous packs have come in at $9.99 (£7.99/€9.99), and players who have purchased the Season Pass will have the Power Pack included at no extra cost, as well as the fourth DLC pack later this year. Update: SMS has now confirmed that the new circuit location will be free to all players, as with two previous additional circuits at Bahrain and Yas Marina.

Thanks to GTPlanet members neil3646 for the initial tip, and Vic Reign93 for visual confirmation..

Project CARS 3 DLC
52 Comments Discuss this post in our forums...
Test Your Badge Knowledge With Our Car Logo Quiz