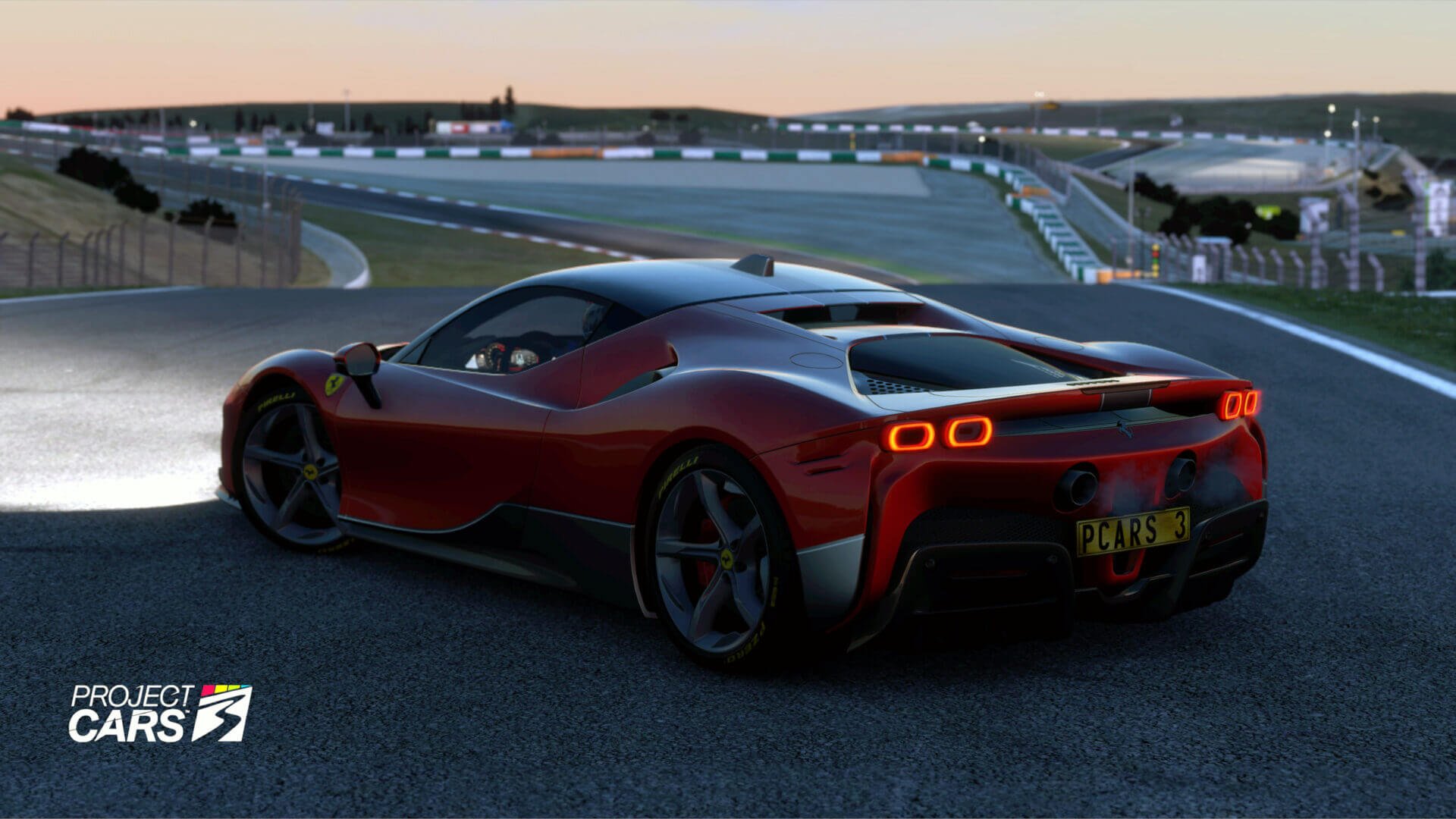 The post came in response to a fan question on the subject, and while it doesn’t overtly preclude the possibility, the careful wording seems to strongly suggest that a PS5 or Xbox Series version of PC3 is simply not in SMS’s current plans. 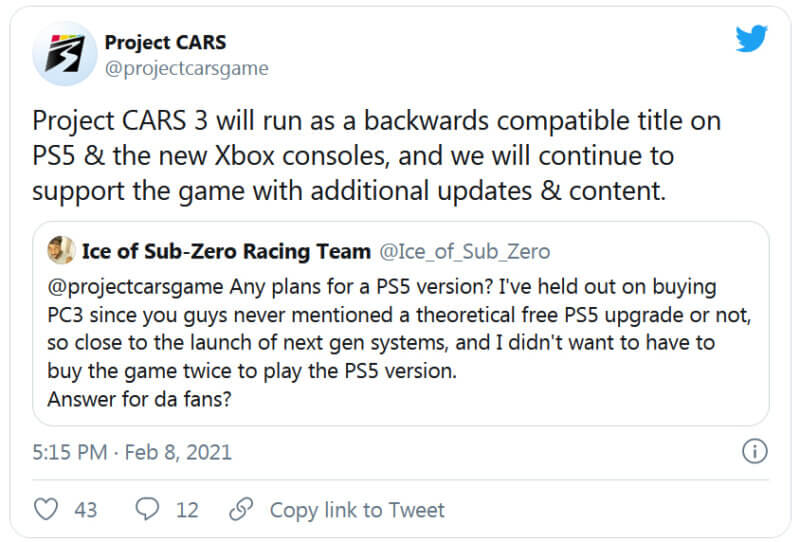 Of course very few PS4/XB1 titles of any kind have PS5- or XSS/XSX-specific upgrades or game versions — around 60 in total — and of those only three driving games have this functionality: DIRT 5; Forza Horizon 4 (Xbox only); and WRC 9. FH4 is the oddity, in that it’s more than two years old but also a first-party title that Microsoft would have wanted for marketing the new console. However Project CARS 3 came out within a few weeks of the other two titles last year, so fans may be a little disappointed that there isn’t a next-gen version in the works.

Naturally if you want to play PC3 on your Xbox Series console or PS5, you can. The new consoles support the game through backwards compatibility and fans report that the new consoles enhance the experience already. That’s unsurprising — when we tested GT Sport on a PS5 back in November, we found that the game ran much as it would on PS4 Pro but with quicker loading speeds. Your PC3 experience will likely be similar, with the consoles running the highest resolution and frame rates possible; you won’t experience the varied talents of the DualSense controller though.

Ultimately this means that players who want the full Xbox Series or PS5 experience with a Project CARS game will have to wait until PC4. Fortunately, we know that this is already in the works, according to SMS studio head Ian Bell, and it’ll be made with the backing of EA.

Andrew Evans · Feb 9, 2021· Comments
It looks as if the next Project CARS 3 DLC is just around the corner, following hot on the heels of the Power Pack earlier in the month, although Slightly Mad Studios may be playing its cards a little close to the chest this time round.

Andrew Evans · Feb 9, 2021· Comments
The mystery fourth car in this week’s Project CARS 3 DLC pack has broken cover, and it’s not only making its debut in the Project CARS series but in gaming as a whole: the Nissan 400Z Proto.

Andrew Evans · Feb 9, 2021· Comments
Update: Slightly Mad Studios has now confirmed some aspects of the Power Pack DLC. We’ve updated the article below to reflect this.

Andrew Evans · Feb 9, 2021· Comments
There’s another new update for Project CARS 3, bringing further content to the game. Going by the name of “Update 3”, it’s set to add a brand new circuit, and another trio of cars to get to grips with.

Andrew Evans · Feb 9, 2021· Comments
The first of the Project CARS 3 DLC packs has arrived, and it brings along a treat for fans of classic Japanese sports cars.

Andrew Evans · Feb 9, 2021· Comments
There’s only a week to go now until Project CARS 3 starts landing on doormats, and there’s still a few pieces of information coming out of Slightly Mad Studios. Today the developer has posted a short clip of the game’s new livery editor in action, to let fans know what to expect.

Andrew Evans · Feb 9, 2021· Comments
A post on the official Project CARS 3 Discord channel seems to have confirmed that Slightly Mad Studios has some post-launch support in mind for the title, including new cars and new circuits, the latter of which it apparently intends to release for no extra cost.