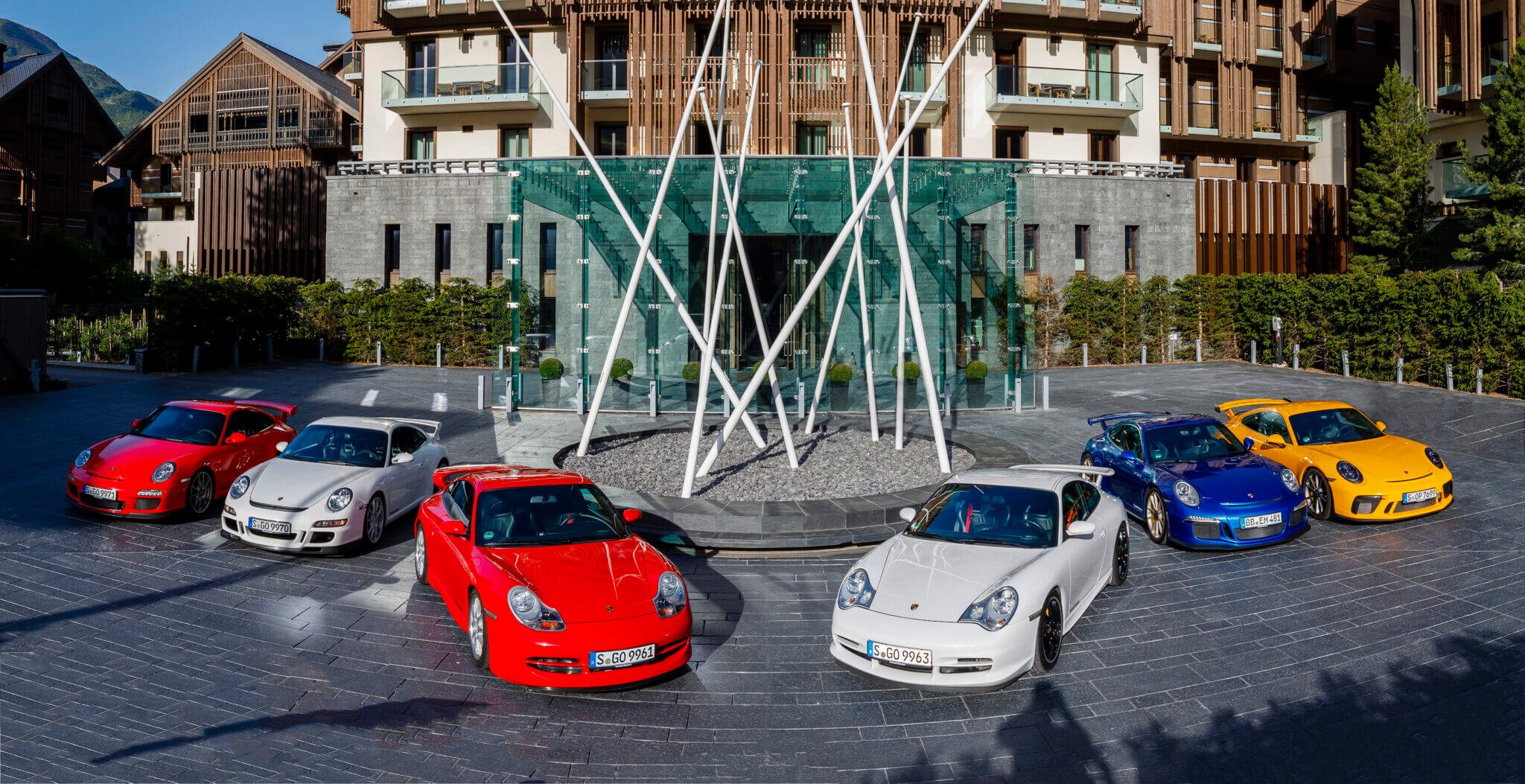 It might be hard to believe, but one of the most lauded enthusiast models is celebrating its 20th anniversary this year. A very happy birthday, then, to Porsche’s 911 GT3.

The GT3 is one of those rare beasts in the automotive realm, the kind that has stayed mostly true to its original mission — a bit like a very orange roadster we recently tested. Injecting some motorsports edge into Porsche’s iconic 911 wasn’t a new concept back in 1999, with models like the 2.7 RS or 911 GT2 coming before, but the GT3 found an important niche in the model’s ever-growing lineup of trims. It was (and is) the purer choice to the grand touring sledgehammer that is the 911 Turbo, ready for the track but still capable of functioning as a daily driver.

To celebrate, Porsche gathered every generation of the GT3, and we’re taking a look back at each example of the breed. 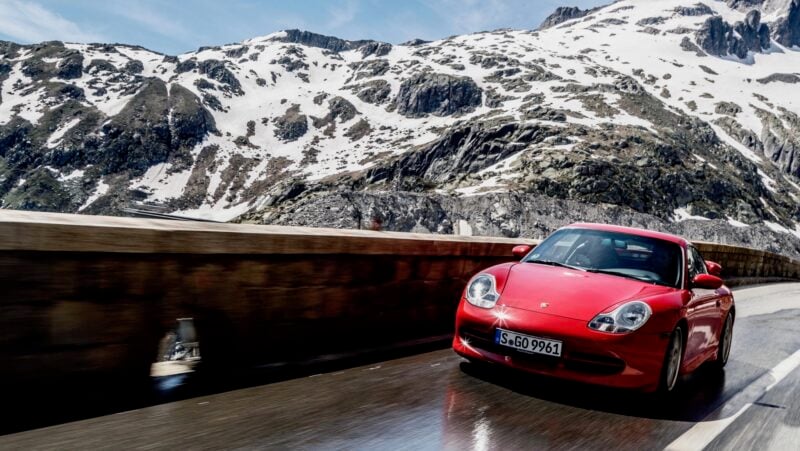 The very first 911 GT3 rolled off the Weissach production line in 1999. It, along with the rest of the 996 generation, represented one of the biggest changes to the model’s history, making the switch from air-cooled engines to water-cooled. However, unlike the regular Carreras, the GT3 used a different 3.6-liter block, based on the famous “Mezger” found in racing models like the 962 and 911 GT1.

Sans turbos, the original GT3 engine produced a healthy 360hp — 20% more than the Carrera, and halfway to the Turbo’s 420hp — while also revving to 7,800rpm. Torque sat at 273lbft. This power hit the rear wheels through a six-speed manual and limited-slip differential; there was no other transmission option.

Porsche also dropped the suspension by over an inch, retuning the spring rates as well. The GT3 came with larger brakes, a new front bumper, and a larger, fixed rear spoiler to increase downforce. Lightweight 10-spoke wheels were also part of the package, a trend that has stuck right through to the latest GT3.

The GT3 was lighter than other 996 models thanks to less sound deadening, no rear seats, rear speakers, sunroof, air conditioning, or even a radio. Buyers could (and often did) spec the latter two back in, however. In Europe a hardcore Clubsport option was available, featuring a bolt-in roll cage.

Walter Röhrl set a Nürburgring Nordschleife lap under eight minutes in the original GT3. It was the start of a new breed for the 911, though it never made its way to North America. 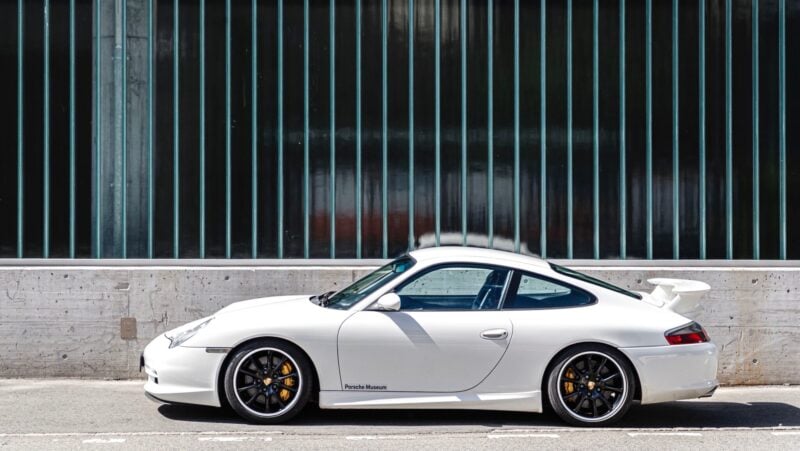 Complete with the 911 Turbo’s more angular headlights, the GT3 got a thorough freshening for the 2004 model year. It crossed the Atlantic, picked up extra ponies (to 381hp) thanks to Porsche’s VarioCam system, and could hit a heady 190mph if given enough room. The front bumper received sharper lines, while a bigger, flatter fixed wing took up shop out back. Porsche gave the front brakes six-piston calipers, keeping the four-pot stoppers for the rears. Finally, the carbon-ceramic discs from the bonkers 911 GT2 were available as an option.

The GT3 was meant to bridge the gap between a road car and a track machine, but Porsche saw further room to lean into the latter with the 996.2. Thus, the GT3 RS was born. Quoted power remained unchanged at 381hp, but Porsche stripped the car, fitting it with all manner of carbon fiber pieces and even plastic rear windows. It tipped the scales a full 110lb lighter than its softer sibling. 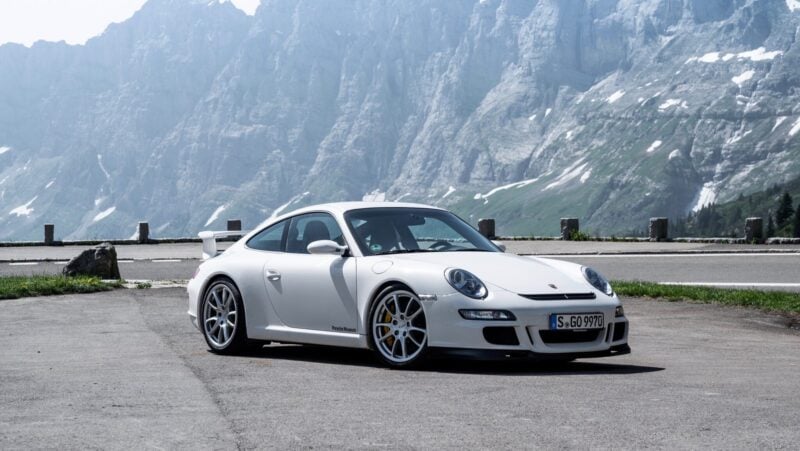 The first major water-cooled generational change happens. It’s more evolution than revolution with the 997 sharing much in common with the 996, and the GT3 is no different. The more traditional front end and fixed rear wing give the car zero lift, a first for the model. The engine is still 3.6-liters, but Porsche engineers now extract a full 409hp from it, with the redline moved up to 8,400rpm to accommodate. Röhrl sets another ‘Ring time, chopping nearly 20 seconds off the last model’s run to end up with a 7:42.

This is the first GT3 to use Porsche’s PASM active suspension. Other tech advances include an electronically controlled exhaust and yes, even a Sport button.

The RS arrived in late 2006 in Europe before landing in North America in spring the following year. It weighed 44lb less than the GT3 (at 3,020lb), despite using the wider Carrera 4 body. 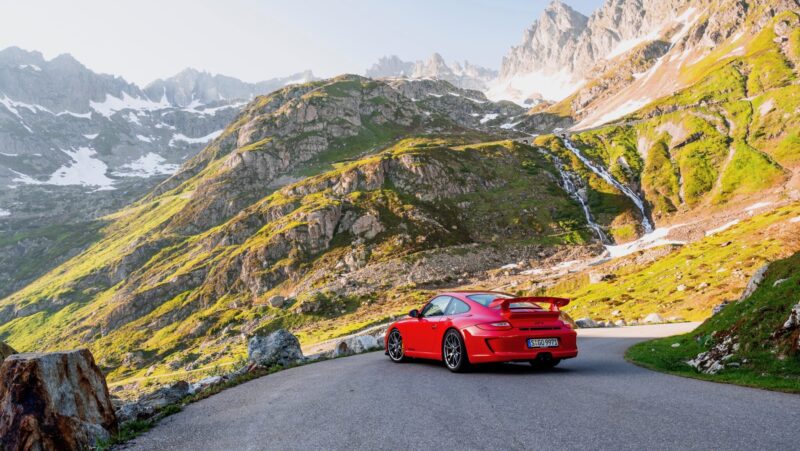 For the first time in the model’s history, the GT3’s engine grew for the 997.2 facelift. It now displaced 3.8 liters, which resulted in 435hp. The redline dropped slightly to 8,250rpm, though we can’t imagine many owners complained…

Performance figures continued their steady march downward: 0-60mph was dispatched in four seconds even, top speed was 194mph, and the Nordschleife time was 7:40.

2010 saw Porsche add more clear air between the regular GT3 and the RS. While the latter featured the same 3.8-liter engine, it boasted an extra 15hp thanks to higher compression, up to 450hp total. It features a larger fixed rear wing and the usual complement of lightweight pieces, slicing 50lb off the curb weight. 0-60mph drops to 3.8s, while that wider track and hardcore aero shaves the top speed to 193mph. Again, we doubt that bothered buyers.

Even more special was the GT3 RS 4.0. Like the name implies, this car featured a larger engine, with various internal parts pulled straight from the 911 RSR racer of the era. Power was up to a nice round 500hp, and the curb weight was still only 2,998lb. Only 600 4.0s left the production line, and they remain some of the most sought-after 911 models of all time. 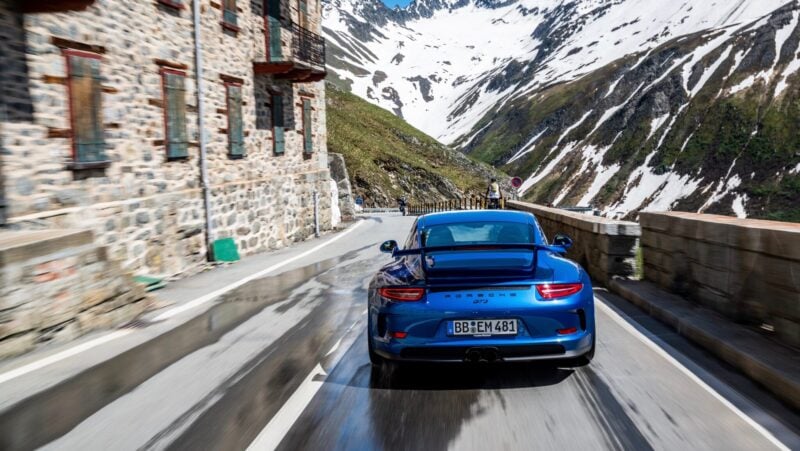 In a way, the 991 almost represented the sort of seismic shift for the GT3 that the 996 did for the full 911 lineup. The basic spirit was the same, but changes to the engine and transmission had some purists up in arms.

For starters, the legendary Mezger engine was no more. The new 3.8-liter unit was based on the direct fuel injection flat-six that debuted in the 991 two years prior, though it featured many unique parts, allowing it to rev to a mega 9,000rpm. Power now sat at 475hp, backed up by 324lbft of torque.

That power hit the rear tires through a seven-speed transmission. The big difference? That transmission was a Porsche Doppelkepplung, or PDK, dual-clutch offering. There was no stick here, only the steering wheel-mounted paddles. This GT3 is also the first to be heavier than other 911 models.

There were other advancements that were less divisive. The 991 was the first of the breed to feature rear-wheel steering, increasing its agility. That PDK transmission also drastically cut down acceleration times, with the 0-60mph run down to three seconds flat. The Nürburgring Nordschleife time was now only 7:25 — more than 30 seconds faster than the original GT3.

Porsche gave 2016’s GT3 RS a bigger 4.0-liter engine. No, not the same as the previous generation’s big-bore special edition, despite the identical stats (500hp, 338lbft). It looks even more like a track refugee thanks to an enormous, full-width rear wing and those unique front wheelarch vents. 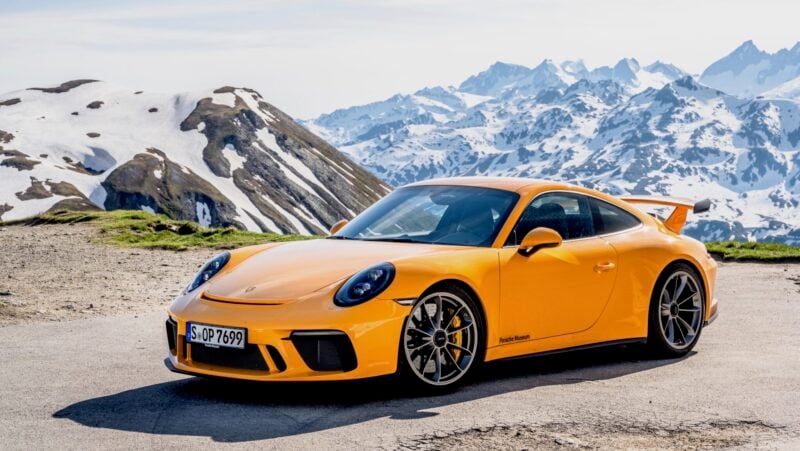 Today’s two GT3 models offer more variety than before, thanks to the return of the row-your-own option. Predated by the special edition 911 R, the 997.2 GT3 allows owners to spec a six-speed manual, perhaps even in the tasty Touring spec. Both the GT3 and RS use the 4.0-liter engine of the last RS: it’s the same specs as before in the GT3, with slight boosts to 520hp and 347lbft in the RS. The RS remains PDK-only: the assumption here is outright track performance is priority number one.

Where next for the GT3? When it started it was the top naturally-aspirated option in the 911 range. It’s now the only one (save for special editions like the afore-mentioned 911 R or the recent Speedster), and that will continue with the new 992 generation. Porsche’s incremental approach has served the GT3 well for two decades, so we don’t expect it to alter the plan too much. With the latest 911 RSR featuring a 4.2-liter flat six — the largest yet — another displacement increase could be on the cards. We’ll just have to wait and see. Until then, happy birthday to the 911 GT3.