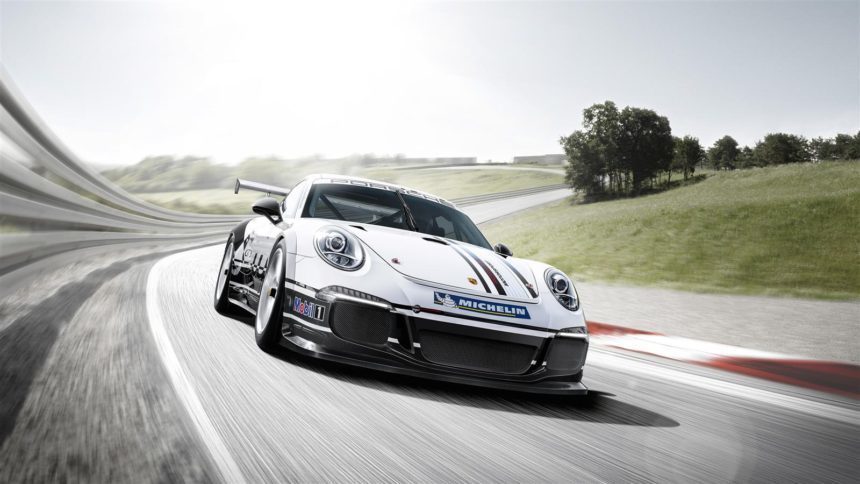 Porsche is Coming to iRacing

Last month, we broke the story that Porsche’s exclusivity with Electronic Arts was expiring, and this first day of the new year brings with it news that the fabled manufacturer is coming to one of the most respected racing simulators on the market: iRacing.

Assuming that Ian Bell isn’t just teasing us about his next game, this means Porsche’s cars will be in almost all of today’s major racing franchises — iRacing, Project CARS, Assetto Corsa, and Forza. Gran Turismo is the big name obviously missing from that list, but with the contractual restrictions having finally melted away, that is probably about to change.

Kazunori Yamauchi is a big fan of the Stuttgart manufacturer, and has been eager to get their cars in his games for quite some time. “We actually have a good relationship with Porsche – and as soon as the situation with their contract changes, one of these days they’ll appear in Gran Turismo,” Kazunori said in a 2013 interview.

As always, we’ll be keeping a close eye on all the Porsche-related news across the sim-racing landscape. Watch for more iRacing coverage from GTPlanet as well, as we continue to expand our editorial coverage in 2017. Happy new year, everyone!

Porsche
25 Comments Discuss this post in our forums...
Test Your Badge Knowledge With Our Car Logo Quiz

Gaming 28 Feb 26 by Andrew Evans
Milestone has revealed it’s developing a game based on that famous toy line from Mattel, Hot Wheels. The brands have worked together to create Hot Wheels Unleashed, which looks like…

Gran Turismo Sport 302 Feb 25 by Andrew Evans
GT Sport players have a new set of Time Trials for the next two weeks and, after the slightly unusual and seemingly unplanned change last time out, things are back…

Project CARS 3 39 Feb 24 by Andrew Evans
Update: Slightly Mad Studios has now confirmed some aspects of the Power Pack DLC. We’ve updated the article below to reflect this. The next DLC pack for Project CARS 3…

Gran Turismo Sport 191 Feb 24 by Andrew Evans
The latest game update for GT Sport has arrived. Weighing in at 176.8MB it is, as expected, not a major content update, but it does bring along some interesting changes…

Gran Turismo 7 283 Feb 23 by Andrew Evans
Gran Turismo fans will have to wait a little longer to get their hands on the next full entry in the series, as Sony has revealed the game won’t make…

Gran Turismo Sport 1426 Feb 22 by Andrew Evans
A new set of GT Sport Daily Races has arrived, and the next seven days will put you in racing action at circuits — real and fictional — around Europe.…