Project CARS and Ginetta Cars have entered into a partnership to give competitors an opportunity to reap the rewards of a potential racing career, courtesy of the Ginetta x Project CARS eSports Cup.

With sim racing titles already bridging the gap between the real-world and virtual, the genre has shown the potential to serve as the necessary catalyst needed to break into the world of real motorsports. Seizing the opportunity at hand, combined with the increasing number of financial and commercial barriers preventing potential talent from rising, Ginetta is using Project CARS as the launchpad to afford competitors such an opportunity to break out into the racing scene.

“Sim racing is a new and increasingly popular entry-point into this world of motorsport,” Ade Barwick said, “and we take it seriously as a discipline in its own right, so we are very excited to announce this partnership, and look forward to seeing what the competitors can do.”

The Project CARS x Ginetta eSports Cup will be open to drivers from anywhere in the world, regardless of skill level, across the PC, Xbox One, and PlayStation 4 platforms. The online-only competition will run over the course of two weekends between the 18th of November, and the 4th of December. 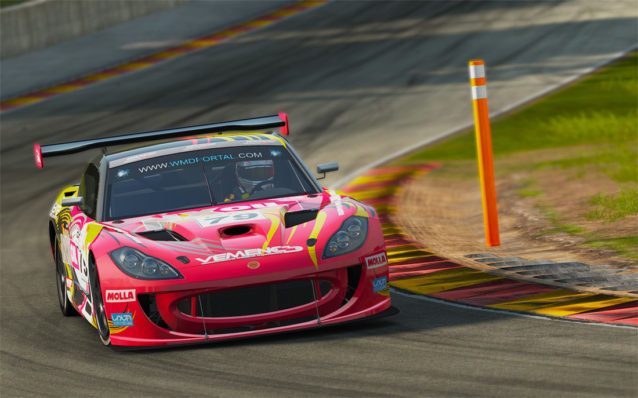 The qualifying round takes place on November 18th to the 21st. All registered drivers will be tasked with competing in a time-trial-based qualifying round using the Ginetta G55 GT4 car at the Donington National Circuit. Car setups will be fixed during every stage of the competition, mirroring the real-world racing series.

The Top 15 qualifiers on each platform will then move on to the Semi-Final and Final rounds on December 3rd for the PS4 and Xbox One, and the 4th for PC. The top 8 drivers from each Semi-Final round will move on to the Finals to compete for cash prizes, and the event will be live-streamed on Twitch.

Both rounds will see the same G55 GT4 machine touring around Oulton Park Island and Brands Hatch GP Circuit, respectively. The races will be organized by partners at Apex Online Racing, and will utilize the same set of rules enforced for the Apex Online Racing GT3 League, which you can read here.