With Fanatec now coming in as title sponsor for the real-world series, the 2021 GT World Challenge Esports series was always going to be something huge. The series will run 32 races between May and November, with both sprint and endurance series split across three continents. At its conclusion, there’ll be a grand final, uniting the drivers and teams from the six championships for a spectacular showdown.

Starting today, individual drivers can register for the sprint series, and esports teams for the endurance series. There’s a fee to register, set at €10 ($12) for each Asia and Europe sprint race qualifier — or €25 ($30) and €50 ($60) respectively for a pass for all qualifiers — and €500 ($600) to register a team for the endurance series on any continent. The Asia sprint race series appears to be free to register at the moment. Entry fees will contribute to the prize fund, which will be a minimum of €50,000 ($60,000). 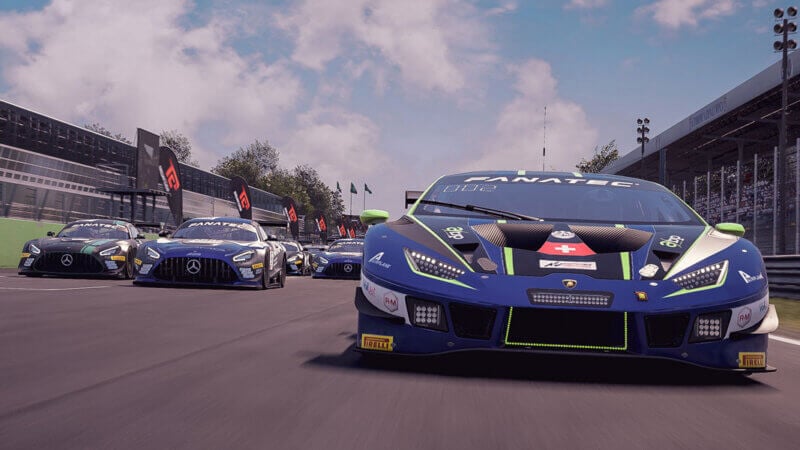 Each sprint race will draw its 44-driver grid from an individual qualifying session, which takes place a week before the event. There’s a single qualifying session for each continent for the Endurance Series, which will determine the full-season grid — again with 44 cars in total.

GT World Challenge will stream each of the races live across its social media channels, including the official virtual Total 24 Hours of Spa. The full season calendar is below:

You can register yourself or your esports team on the official series website. Teams’ registration for the Endurance Series closes May 16 for Europe, and July 11 for America and Asia.