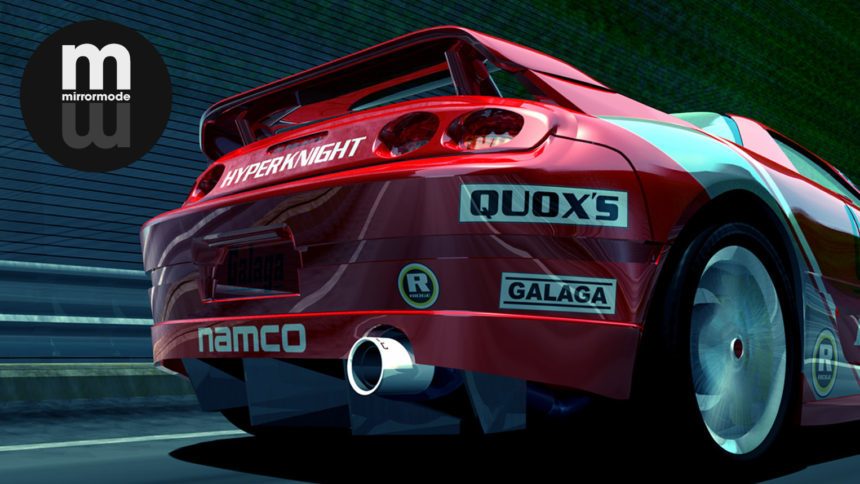 Welcome to Mirror Mode, GTPlanet’s series that shines a spotlight on retro racing games. For this, the fourth round, we’re looking at a franchise long tied to the PlayStation brand: Ridge Racer. Ridge Racer V arrived alongside the PlayStation 2 early in 2000.

Few launch titles manage to stand the test of time. Many serve as placeholders until better games come along — glorified tech demos devoid of content, rushed out to cash in on the captive market of a new platform.

Being the first is tough. Somebody has to do it, setting the example for all others to follow (or avoid). For a string of console launches, Ridge Racer was that franchise.

After four releases on the original PlayStation — a staggering output by today’s standards — Namco’s series was riding high into the next generation. Polyphony Digital wouldn’t have Gran Turismo 3: A-Spec ready in time for the PlayStation 2’s launch, so racing fans had little choice but to pin their hopes on Ridge Racer V.

The reaction at the time was generally favorable, tinged with a bit of déjà vu. If R4: Ridge Racer Type 4 was Namco’s magnum opus of arcade racers — the absolute height of the genre in terms of aesthetics and production values — the fifth installment was an underwhelming step back.

Gone was the massive car roster, circuits spanning the globe, story-driven campaign, high-concept graphic design, and cinematic acid jazz score. Ridge Racer V had six vehicles to start, some of which were modeled after the ones in the very first iteration. And every track branched from the arcade original.

It was a back-to-basics approach. And regardless of whatever misgivings fans may have had at the time, in retrospect, it actually worked quite well. Launch goggles be damned — this was one of the finest last true arcade racers.

Yes, Ridge Racer V was somewhat starved for content. In an era where racing games were increasingly judged on car count — one of the unfortunate byproducts of Gran Turismo’s ascendancy — Namco’s humble arcade racer simply couldn’t compare. But there’s something to be said for polish, and quality. And boy, did Ridge Racer V have that in spades.

This was a game that resembled the pre-rendered cinematics you enjoyed, misty-eyed and slack-jawed, several years earlier on the original PlayStation. It looked astonishing running at 60 frames-per-second, with the kinds of visual flourishes that made it seem like finally, home consoles were catching up with developers’ ambitions.

It was all in the details, like the glare from the sun peeking out over Ridge City at dusk, and sparks flying as cars bottomed out entering the second tunnel on the classic Novice course. Ridge Racer V was one of those showcase games — the kind of launch title you’d invite your friends over to check out, to justify your expense on a new system. And if you jack up the resolution, it still looks pretty sharp today.

That’s no slight to the gameplay, either. I’ll make the argument here: Ridge Racer Type 4 may be my favorite overall, but Ridge Racer V plays the best.

There’s a sense of weight transfer present that no entry in the franchise, before or after, nailed quite as well. Drifting is the hallmark of this series, and in Ridge Racer V, it feels just right. It’s easy, but not too easy. You have freedom in controlling the slide, and you don’t perpetually feel as though your on rails — the kind of hand-holding that sucked all the fun out of Ridge Racer 6 and 7.

It helps that the cars all behave very differently. The Kamata Fiaro is the most immediately fun. The Rivelta Mercurio is perfectly balanced if you favor a grippier driving style, and the Himmel E.O. — Ridge City’s stand-in for the Porsche 911 — is as quick as a bullet, and just as difficult to steer. There are a bunch more secret cars lurking in the mix too, and surprises for players who manage to complete the Grand Prix mode. 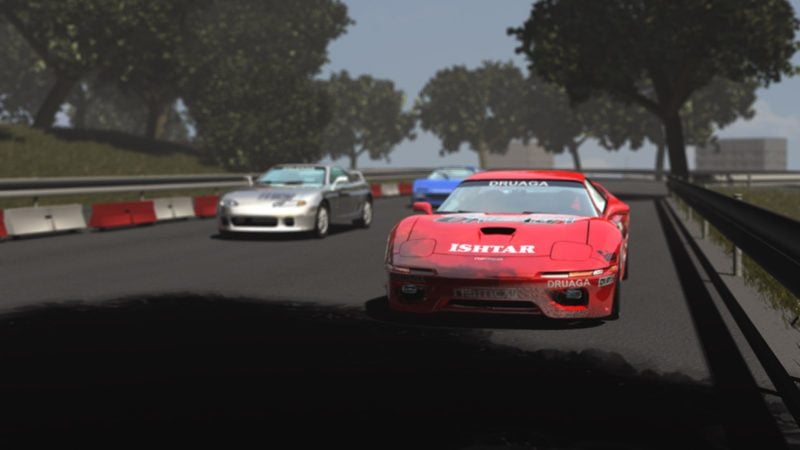 In one sense, Ridge Racer V is the kind of refreshingly compact, self-contained experience you rarely see anymore. It never feels bloated, and it wastes nothing. And yet, it’s tinted by this unavoidable suspicion that Namco squandered a golden opportunity to make something really special, rather than simply good.

From a gameplay perspective, there’s very little to complain about — but Ridge Racer was always about so much more than the action at speed. No other franchise in the genre, save for Wipeout, was quite so concerned with world building.

The Ridge Racer universe encapsulated fictional manufacturers, with their own backstories, visual identities, and design motifs; teams and characters with rich interconnected narratives; and a catalog of sponsors harkening back to Namco’s legendary history within the medium. Other racing games certainly rivaled Ridge Racer’s on-track product, but few could replicate the artistic vision. It’s what separated the series from a litany of pretenders. And the peak of that expression was Ridge Racer Type 4.

There’s so much to say about the fourth installment, but in the context of Ridge Racer V, R4 is little more than a harsh reminder of what could have been. Namco was in a unique position heading into the PlayStation 2’s hyped release to deliver an experience even more epic than what it achieved on Sony’s previous hardware, and it balked.

The perfect Ridge Racer would have blended R4’s dramatic flair with Ridge Racer V’s superior playability. Instead, Namco took an unnecessarily conservative approach, and the result lacked all the charm of its predecessor. Ridge Racer V drove very well, but never delivered that feeling of scale, wonder, and coolness Namco was always so uniquely tuned into.

For example, one of my most cherished gaming memories comes from Rage Racer. Most of the tracks in that game began the same way: the second corner was a tight-left hander, and immediately afterward you’d find a majestic waterfall overlooking a steep climb to a tunnel through the side of a mountain. It was an astonishing piece of track design.

I can recall a similar feeling in the final race of R4’s Grand Prix mode. The final round of the championship places you in one of the game’s fastest vehicles, in a night race on the eve of the millennium. On your last lap, fireworks explode above, coloring the track in pastel hues as the crowd roars.

I’m not sure there’s a moment in Ridge Racer V that compares to either. Even more depressing, Ridge Racer never ascended to such heights again.

It all goes downhill from here. Ridge Racer V was more or less the end of the franchise’s golden era. The PSP spinoff, Ridge Racers, was an impressive debut for Sony’s handheld — though, as a greatest hits-style compilation of content from previous titles, it couldn’t move the needle forward. It later proved to be a divisive point in the timeline, upending the previously-established handling model and introducing a frivolous nitrous system.

Likewise, Ridge Racer 6 seemed to mark the moment the world officially tired of the series. Namco endorsed the Xbox 360’s launch with a game that functionally imitated the PSP release, scaled up for the big screen with new tracks and a handful of new vehicles. After that, Ridge Racer 7 was more of the same. Finally, the less said about Ridge Racer 3DS and Vita, the better.

That leaves Ridge Racer V in a pretty favorable position by default. It’s dirt cheap if you can find it and have the means to play it, and won’t take terribly long to complete.

And you should. Because in an era where the industry seems more willing to celebrate the past than ever before, Ridge Racer has been continually denied its long overdue victory lap. The franchise is in dire need of an official reboot, or at least an indie sendup akin to Drift Stage or Racing Apex. The lights may have gone dark in Ridge City for the time being, but hopefully they’ll shine again someday.

Mirror Moderetro gaming
14 Comments Discuss this post in our forums...
Can You Beat the Impossible Gran Turismo Quiz?