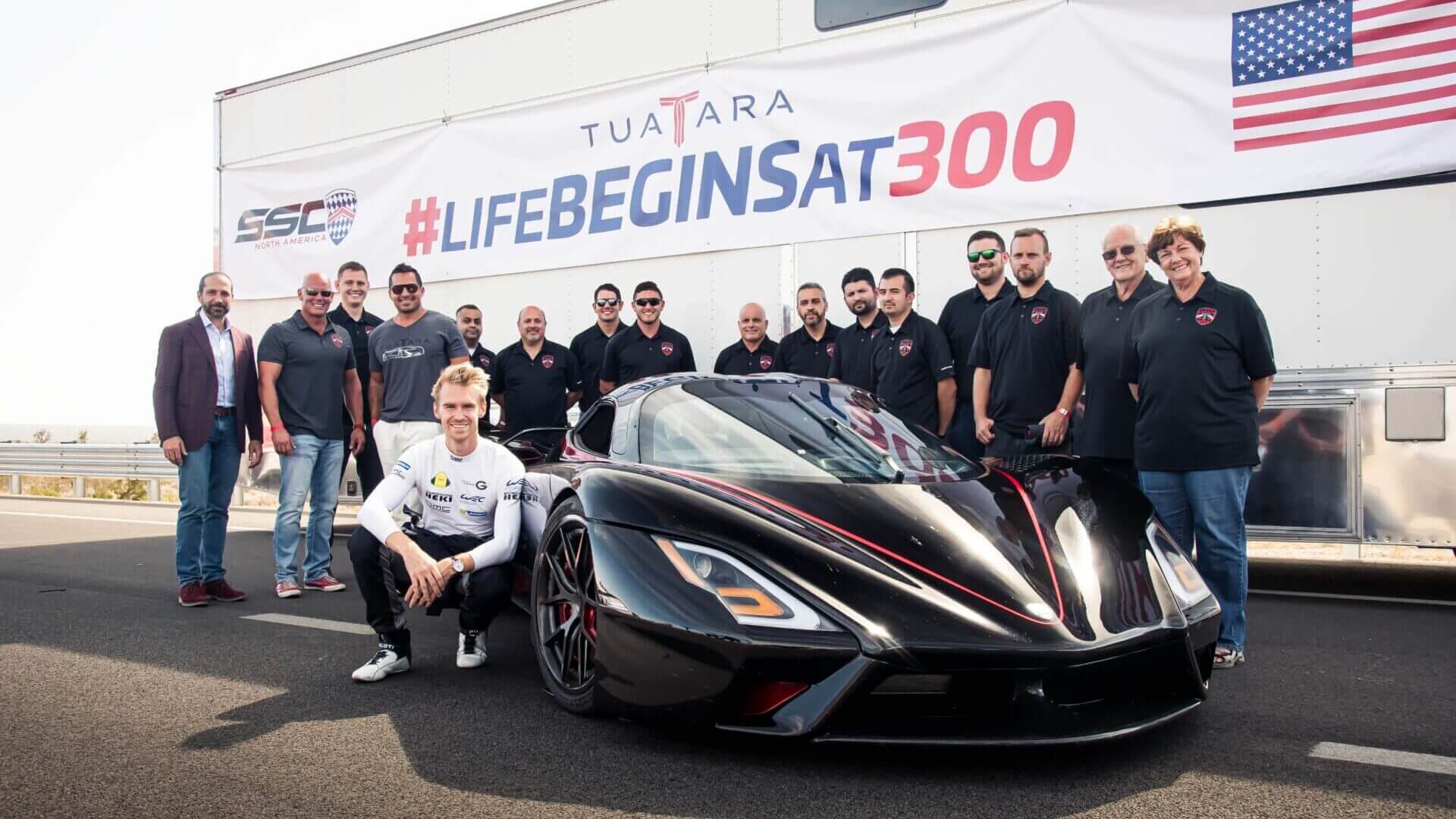 The chase for the fastest ever production car just got a lot spicier as SSC has recaptured the crown it lost in 2010. In regaining the record, SSC has also thrown down an incredible challenge, raising the bar by almost 40mph — the largest margin in the record’s history.

For those unfamiliar with SSC, officially known as SSC North America, it’s a relatively small manufacturer based in Washington state. The brand’s founder, Jerod Shelby, named it “Shelby SuperCars”, but rechristened it to avoid confusion with the Carroll Shelby-founded Shelby American.

In 2007, SSC set a new world record for the fastest production car with the SSC Ultimate Aero. With a two-way timed speed on a stretch of highway in Washington of 256mph, the Ultimate Aero beat the much more famous Bugatti Veyron by just under 2.5mph. It took a tuned version of the Veyron, the Super Sport, to beat that, at 267mph in 2010 at the Ehra-Lessien test track. 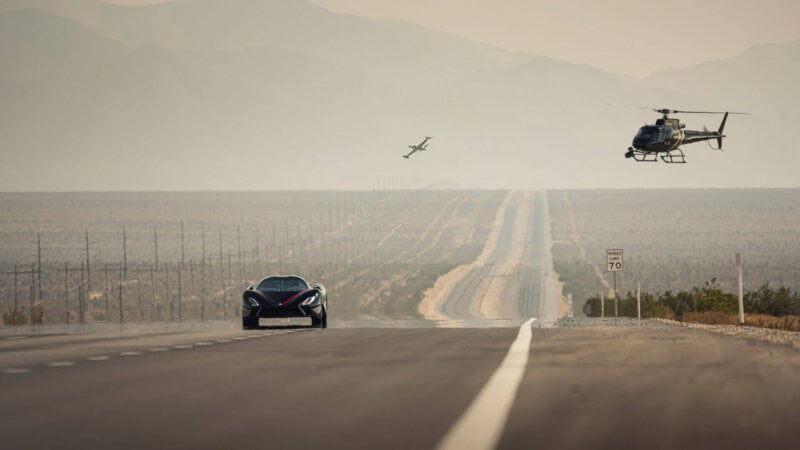 More recently, Koenigsegg came along to move the game on yet further. The Swedes beat both the outright record and SSC’s public highway record with a 277mph two-way average in 2017, hitting a 284mph peak. In 2019 Bugatti responded with a 300mph version of the Chiron, but — due to the surface grain at Ehra-Lessien — couldn’t perform the required two-way run to claim an official record.

With the car packed full of satellite gear, and tracked by a Lockheed T-33 training jet, British racing driver Oliver Webb set off on the record chase. His initial run saw the Tuatara peak at 301mph — enough to beat half of the Koenigsegg claim, but not Bugatti’s unofficial record. The reverse direction run though cemented the record, with an extraordinary 331.15mph peak. 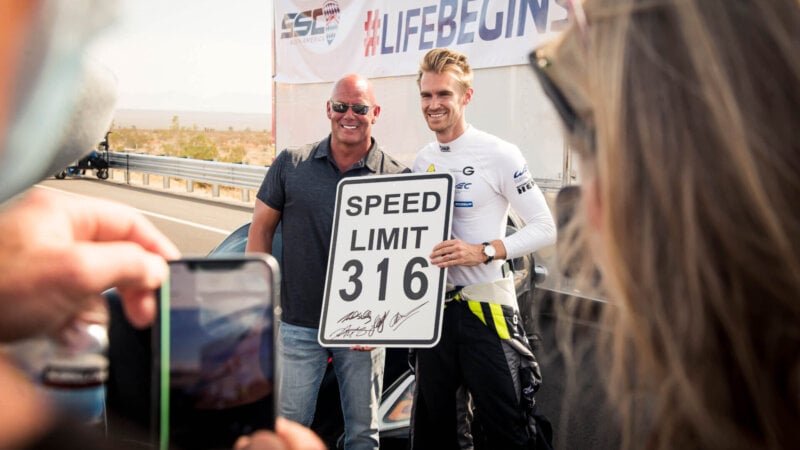 Scarily, SSC reckons there’s still more in the Tuatara, and Webb commented that the Tuatara would have gone faster if not for some crosswinds that unsettled the car at 320mph. You can catch some on-board video of the run below, provided to Top Gear by SSC North America.

Now that the 300mph and 500km/h markers are officially broken, the question begs who’ll be the first to 350mph. SSC itself thinks the Tuatara is capable of about 345mph, and Hennessey is perpetually making noises about its future record-breakers. Bugatti has given up on the pursuit of speed, only really leaving Koenigsegg to challenge.

In the meantime, if you fancy a Tuatara on your driveway, you’ll need to be as quick as the car itself. SSC is only making 100, at $1,625,000 each, and the first examples are already being delivered.

65 Comments
Click here to see the related discussion our forums...