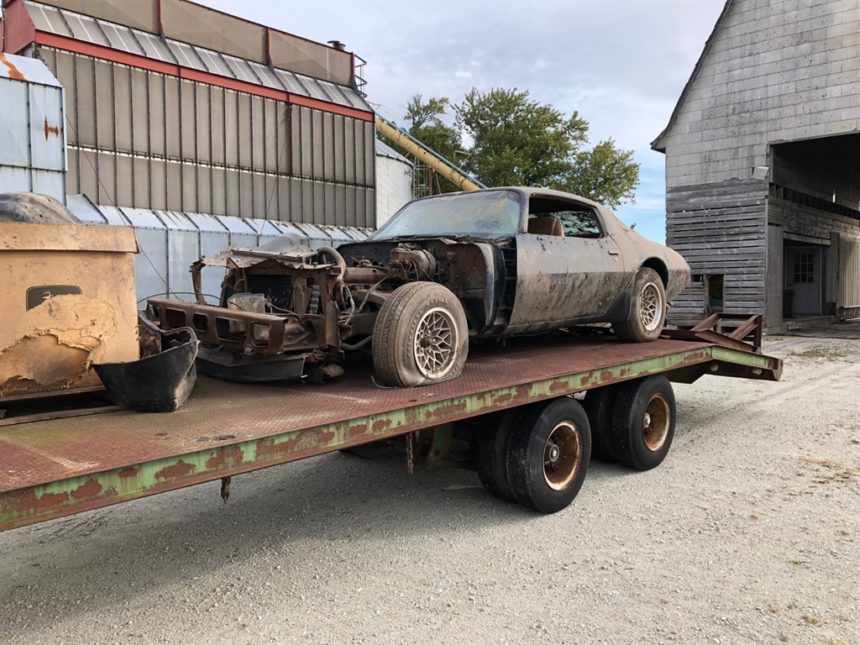 Earlier this year Ford showed off the original 1968 Mustang GT-390 from Bullitt it found on a farm in California. Now, another classic Steve McQueen film car has resurfaced.

Unlike the GT-390, the latest find isn’t from the most iconic of films. It’s a 1979 Pontiac Trans Am that co-starred with McQueen in the film The Hunter.

In The Hunter, McQueen plays the role of real-life bounty hunter Ralph “Papa” Thorson. It’s the typical action flick, but it’s notable for two reasons. The first is that it’s McQueen’s last picture, as he passed away a few months after its release. The second is that it’s one of the only movies where McQueen isn’t a gearhead.

The story goes the real Thorson didn’t have an affinity towards cars. To fully embrace the role McQueen wanted to stay in character which meant forgoing any car guy traits.

The lack of driving ability is obvious as soon as the Trans Am enters the scene. Thorson picks up the car from a rental agency and then proceeds to struggle with the gears. He even mistakenly puts the car in reverse while trying to get out of the parking lot. 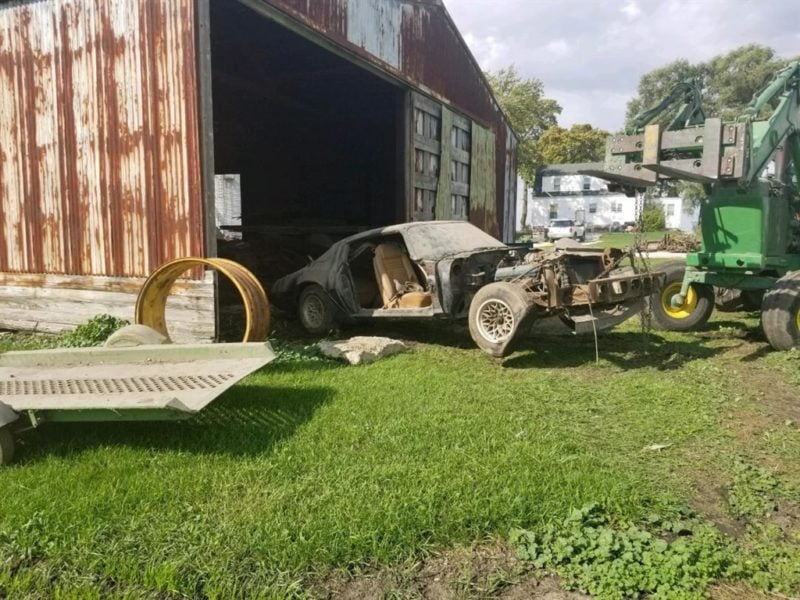 From there, Thorson goes to track down a pair a bail jumpers. Like many McQueen flicks, a chase ultimately ensues with the baddies taking over the Trans Am. Thinking quick on his feet, Thorson then takes over a combine harvester.

The chase takes both the harvester and the Trans Am through a cornfield. We know that the Trans Am didn’t have the best of engines, managing only 220hp from a 6.6-liter V8. But still, a combine isn’t really the fastest thing either.

Still, it makes for an entertaining chase scene.

Unfortunately, the Trans Am meets its end when the bad guys end up driving over dynamite. As you’d expect the car explodes in only the way an action film can deliver, which is in a glorious fashion.

This is where the story of the recently found car comes in.

When filming started, Pontiac sent the film crew six different Trans Ams for shooting. One of those was set aside for the explosion scene. Unfortunately, when they went to shoot the scene, it didn’t go so well. This meant the crew needed to find another car.

They turned to Peter Levin Pontiac in Chicago, Illinois to buy a Trans Am off the lot. The explosion with that car went much better and ultimately ended up in the movie.

During the course of filming, the crew met a local farmer by the name of Harold McQueen. While no relation to Steve, McQueen befriended the crew and began to help out. He even offered up the services of his truck to haul away two destroyed Pontiacs. 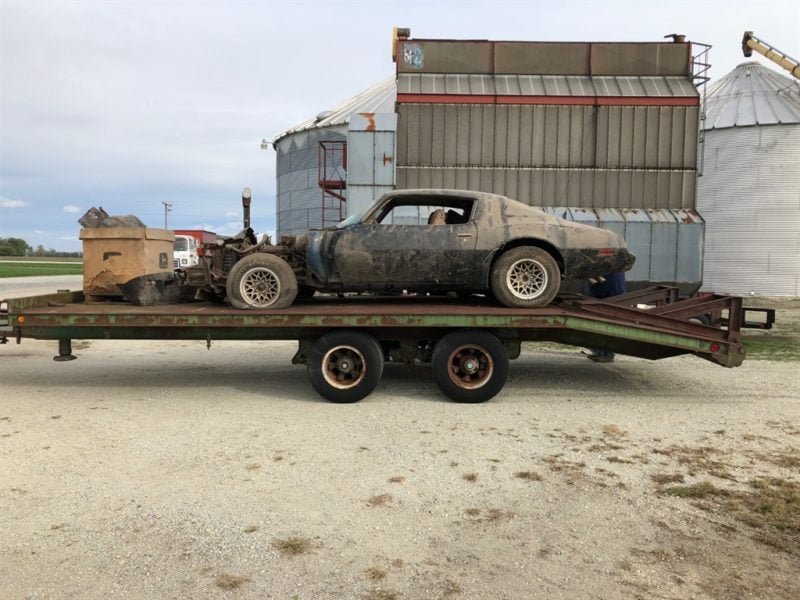 As payment for his service of hauling away the junk cars, Paramount ended up just giving McQueen the Trans Am. However, there was a bit of an issue, it belonged to General Motors and did not have a VIN.

After a bunch of back and forth between Paramount, McQueen, and GM, he ultimately ended up keeping the car. It found its way into a barn with the hopes of one day being restored.

That day never came and one of Harold McQueen’s friends, Stan Harvell, eventually contacted him to see if he could buy the car. McQueen was open to the idea and Harvell then contacted his friend Calvin Riggs. Together they bought the car.

It’s not for sale though, at least not yet anyway. The plans going forward are still up in the air, but chances are the Trans Am will get a proper restoration.

That will take a bunch of work too. After the filming of The Hunter, the crew took various bits off the car as mementos. As a result, it’s missing much of its body and badging. Also, living in a barn for nearly 40 years did a number on it too.

If and when the restoration is complete and if it does go up for sale, the price will be high. Being a film car, it adds a hefty premium anyway, but the McQueen connection is icing on the cake and will drive the price even higher.

Hopefully, the Trans Am gets back to showroom fresh and the legacy of McQueen continues to live on.

Film Cars
Can You Beat the Impossible Gran Turismo Quiz?