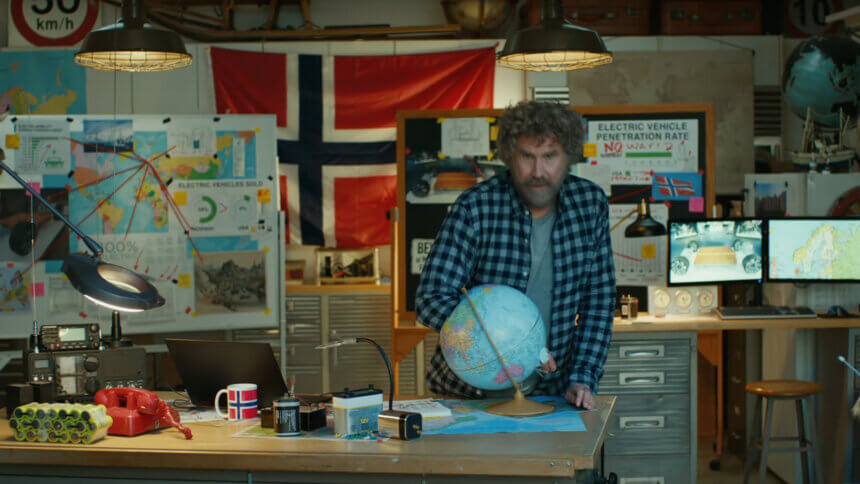 The Super Bowl is the season-ending championship game of football in the USA. It’s a mixture of sports and entertainment that’s hard to beat, with the famous “halftime show” rivaling most live concerts (Prince’s performance at Super Bowl XLI a particular highlight).

Unsurprisingly, it’s also one of the most-watched single sporting events globally, and nearly a third of the USA tunes in on the day. That also makes it an advertising Holy Grail; with all those eyes on screens throughout the four-hour-plus show, companies will pay huge sums to get their commercials on air. One 30-second slot is reportedly worth $5.5m, and for those who have the ad budget, it’s a must.

That, very naturally, includes car companies, who traditionally share ad space with movie studios and drinks companies. Though some are keeping it low-key this year — Hyundai has pulled out, despite the success of the Chris Evans-led “smaht pahk” ad in 2020, along with sister brand Kia — plenty of automakers are still on board with getting their Super Bowl commercials out this year.

For some reason, Will Ferrell really hates Norway — enough to attempt to punch it off the globe.

It turns out that Ferrell is gunning for Norway for its prowess in shipping electric vehicles, as the world leader in EVs sold per capita. The USA won’t take this lying down, and Ferrell enlists the help of Kenan Thompson and Awkwafina to go to Norway and tell them.

Strictly speaking, the advert is for GM’s range of Ultium battery systems that will power 30 new EVs by 2025. Which we’re sure will prove popular in… well, Norway.

Oddly, Ford and Audi have both seen fit to create response ads to GM’s, though neither will broadcast during the Super Bowl. That’s for the best, as Audi’s — starring Kristofer Hivju — get real weird, real fast.

As well as the general General Motors ad above, there’s another star-studded commercial from GM family brand Cadillac. It focuses on the Lyriq, a new EV using the same Ultium system that Ferrell wants to punch into Norway, only this time with the help of Edgar Scissorhands.

Timothee Chalamet plays Edgar, son of Johnny Depp’s Edward and Kim Boggs — played both in the movie and this ad by Winona Ryder. The key to this particular skit is the Lyriq’s Super Cruise feature, a level-two autonomy function which allows for hands-free driving. Yes, Edgar can drive without slicing the steering wheel to shreds.

We have questions on exactly how heritable scissor hands are, but they can wait.

Jeep’s Super Bowl ad doesn’t actually have any cars in it (other than a couple of classic models), but what it does have is Bruce Springsteen. The Boss will star in his very first Super Bowl commercial, and it’s less a promotion of Jeep than it is of America.

The ad gets its name from the principle of finding common ground between extremes, by meeting in the middle. It’s a message somewhat rammed home by the choice of location, with Springsteen driving his 1980 Jeep CJ to the US Center Chapel, a place of worship built on the exact center of the 48 contiguous states of the USA.

Toyota is another brand not to include cars in its ad, instead focusing on its sponsorship of the Team USA Olympic and Paralympic teams. Rather than employing a big-name movie or music star, instead Upstream tells the story of Team USA swimmer Jessica Long.

Long, born in Russia and given up for adoption, was born without tibias — the larger bone in the lower legs — and had below-knee amputations aged 18 months. The clip dramatizes her adoption by American parents, set to a backdrop of Long, a 13-time gold medal winner at the Paralympics, swimming.

Like others, Volvo won’t be running a Super Bowl commercial this year, but is offering up to $2m of cars to randomly drawn winners who’ve configured a vehicle on its website. All that’s needed is for Kansas City or Tampa Bay to score a safety during the game.

Super Bowl
3 Comments Discuss this post in our forums...
Test Your Badge Knowledge With Our Car Logo Quiz

FIA WEC 21 Feb 24 by Andrew Evans
After a 50 year absence from top class sportscar racing, Ferrari is set to return as an official entry in the Le Mans Hypercar (LMH) category in 2023. Ferrari issued…