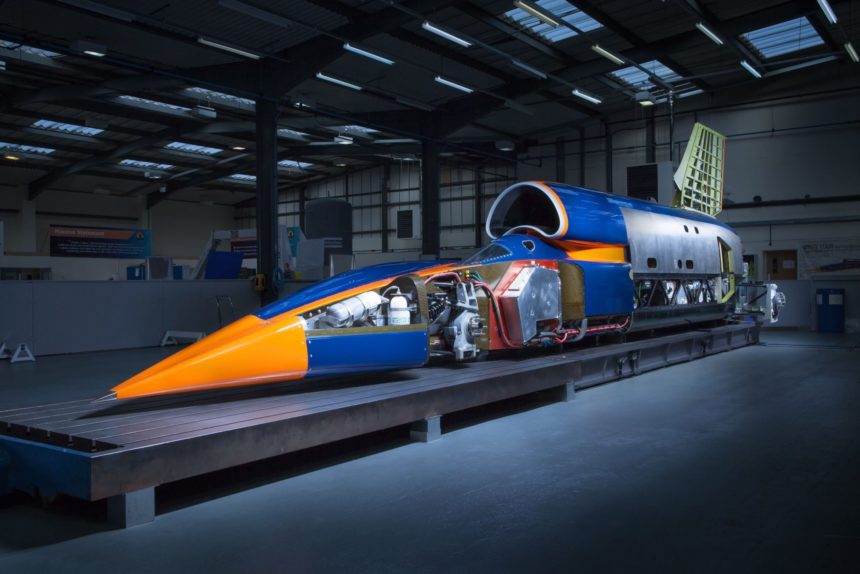 The 1,000mph Car Might Be Back On With Bloodhound SSC’s Rescue From The Brink

It’s been looking bad for the Bloodhound team recently. A project to send a car to 1,000mph was never going to be easy, but with some big-name sponsors on board, all the pieces were nearly in place. After a decade of work, the track was ready, the car had performed well in its shakedown and Bloodhound had marked its calendar.

But late last month, it ran out of money. It called in the administrators to help find the £25m ($31.5m) the team needed to finish it off and take aim on the Hakskeen Pan in South Africa. Despite the chance to set a land speed record that no-one might ever match, the eight-figure sum — enough to buy Neymar’s right arm from Paris St. Germain — didn’t materialize. Bloodhound looked set to be put down.

Until this morning. Administrators FRP Advisory announced that it had found a buyer for the entire project and its assets. Ian Warhurst, managing director of aftermarket turbocharger company Melett bought Bloodhound for an undisclosed sum.

It will still be a little while before we see the car turning its aluminum wheels in anger. According to the statement from FRP Advisory, Warhurst will announce his plans for the project in early 2019.

“We have been overwhelmed by the passion that clearly exists for Bloodhound and are thrilled that we have been able to secure a buyer who is able to give this inspiring project a future. We would particularly like to thank the Ministry of Defence and Rolls-Royce for their support and collaboration throughout this process, without which it would not have been possible for the project to be in a position to continue.”