Gran Turismo 2 was the host to an impressive number (and variety) of racing machines, and whether the vehicles be race-modified to emulate their real-world counterparts, or the tried and true machines themselves, there’s quite a bit more to these cars than one would expect.

GTPlanet user Gerarghini hosts a thread, suitably named “The Race Cars of Gran Turismo 2“, that documents the unusual and interesting race cars in addition to the race mods featured in Gran Turismo 2, with such details as the official name of the car, origin, details, and even an in-depth history lesson. There’s plenty of information for GT2 fans to sink their teeth into, but we’ll only be focusing on a few of the cars and their real-world parallels.

First up is the 1998 #15 American Spirit Racing Vector M12 GT2, otherwise known in-game as the M12 LM Edition. The resulting measure of increasing brand image and to “compensate for the lack of heritage,” The M12 was pitted against the likes of BMW and Porsche in the GT2 racing class in 1998 to lackluster results.

Powered by the same 5.7-liter Lamborghini V12 powerplant, and fitted with a more aggressive aerodynamic package, the machine looked the part upon entering its first event in Las Vegas but after a dreadful qualifying position, and a DNF standing due to overheating, the short-lived project was shelved. 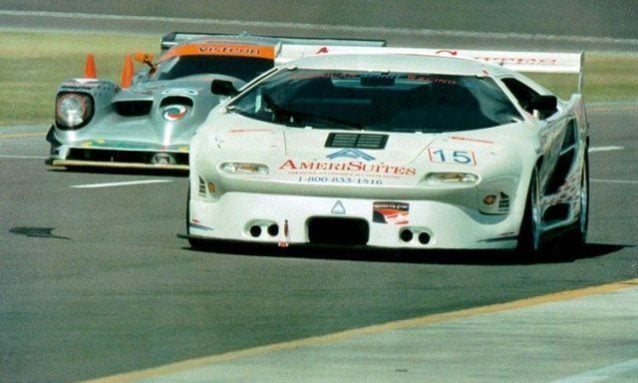 The in-game model fits the bill with company logos taking the place of the official AmeriSuites sponsorship and livery, and will only feel more complete once the default wheels are exchanged for a set of OZ 2-piece wheels to mirror those taken straight from the road-going M12.

Next up is the 1995 #96 Morrison Motorsports Chevrolet Corvette ZR-1 GTS-1. Struggling to keep up with the competition during its campaign in IMSA, the Corvette would eventually be fielded by Morrison Motorsports. The #96 machine competing in the 1995 season was actually built in 1992/1993, making it outdated before the 24 Hours of Daytona came around. 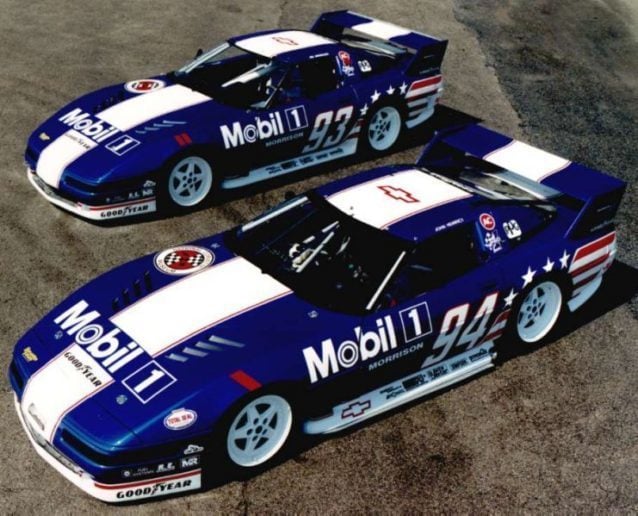 The in-game model is accurate by almost all accounts, lacking only the Mobil 1 logos (that have been replaced by company logos), with the stock wheels also needing to be replaced with a set of five-spokes for the sake of accuracy.

Finally, a stranger to no one, is the 1998 #27 Toyota Motorsport GT-One. Inspired by the prior year’s GT1 racing machines and exploiting the rule book for every possible advantage, the GT-One was developed by Toyota Team Europe, utilizing a chassis developed by renown Italian manufacturer Dallara.

Toyota’s efforts would prove themselves with the GT-One showing incredible pace, qualifying into 2nd place for Le Mans. However, the grueling race itself would prove to be an entirely different beast, with the #28 and #29 cars suffering mechanical failures. The only car remaining on-track, the #27, was driven by the team of Keiichi Tsuchiya, Ukyou Katayama, and Toshio Suzuki. It turned in a 9th place finish, 25 laps behind the winning Porsche 911 GT1. 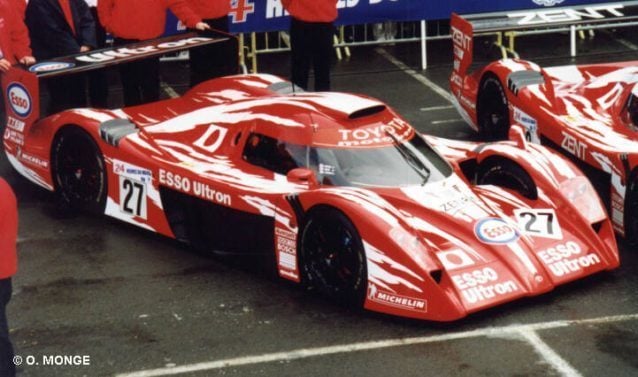 In terms of accuracy, the GT-One is a bit of an oddity: in the NTSC versions of Gran Turismo 2 the car would sport ‘Exxon’ sponsorship markings, with the rest of the world featuring the as-raced-in-1998 ‘Esso’ sponsorship. The interesting thing here is, at least technically, both are accurate as Esso is simply the trade name for Exxon (now ExxonMobil).

As mentioned, there’s a lot more to feast your eyes on in the thread, including the Mustang pictured above featuring a Bondurant School of High Performance Driving livery, and a race-modified Dodge Intrepid ES inspired by its Stratus sibling that raced in the NHRA Pro Stock class.