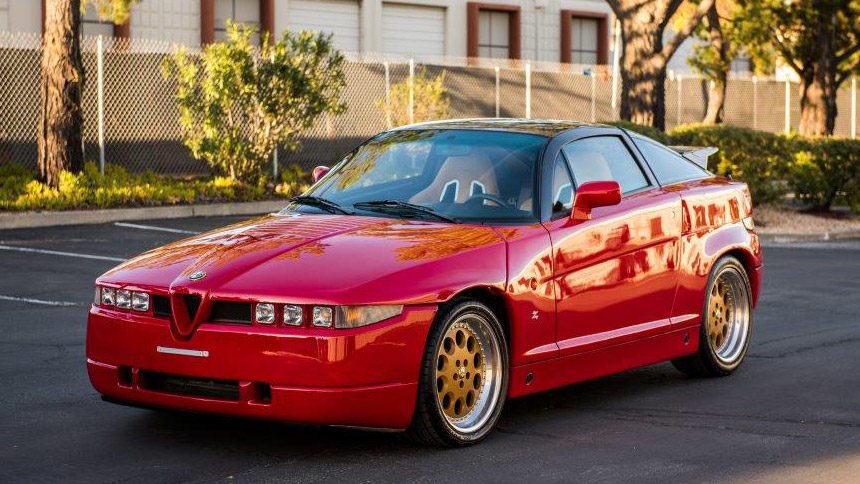 Italian cars are cool. They push forward what’s possible with design and typically come with a glorious engine note. While some are terrible and others unreliable, they still hold a special place in the hearts of gearheads. For this week’s Want, we take a look at the funky and rare Alfa Romeo SZ.

Straight from the late ’80s, the SZ embraces a time when car designs were about as strange as they could get. With new materials and more computing power to figure out the engineering, designers went wild. This is abundantly apparent with the quirky styling of the SZ.

The beginnings of the SZ were somewhat checkered. Three teams were asked to design and submit a proposal for the Experimental Sportscar 3.0-liter (ES-30). In a sort of competition, teams from Zagato, Fiat, and Alfa all came to the table with various designs.

The Zagato one was ultimately scrapped, but it did contribute the iconic three-headlight design. The rest of the car was largely a Fiat design though. However, Zagato still found its way into the final name for the car with SZ standing for Sprint Zagato.

The SZ made its worldwide debut at the 1989 Geneva Motor Show. It instantly was a love it or hate it kind of a car. The Italian motoring press even dubbed it “Il Mostro” or “The Monster”.

Despite the odd looks, Alfa still planned on a production run. It was fairly limited too, with just 1,036 examples rolling out of Terrazzano di Rho. Of those, only 1,000 would make it to customers across Europe and Japan.

Upon its release, the performance numbers were fairly average. With a 210hp 3.0-liter V6 under the hood, it hit 60mph in around seven seconds. Flat out it could touch 150mph. 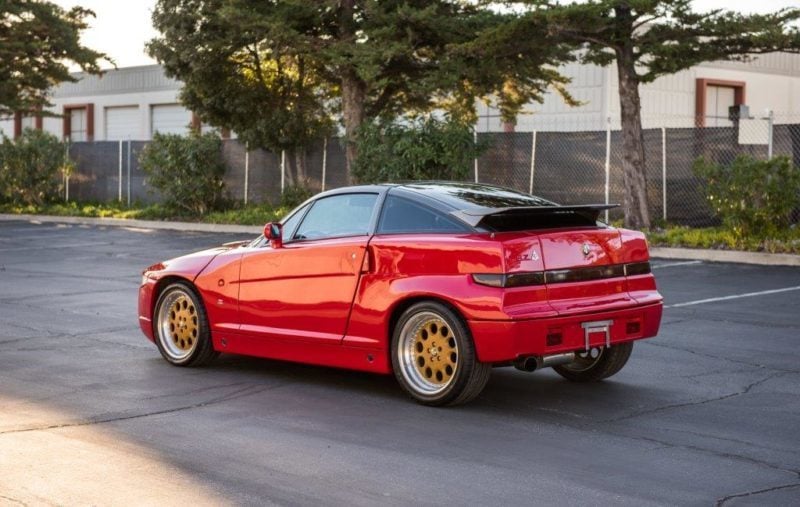 The real party piece though was its suspension and chassis. The SZ mostly used components plucked from the Alfa 75 Group A race car. However, to further enhance the handling, the team turned to the Lancia rally team manager, Giorgio Pianta.

All this work paid off as the SZ was a beast around the skid pad. With its super-sticky Pirelli P-Zero tires, it pulled 1.1G’s. By comparison that’s the same as a 2018 Porsche 911 GT3.

Unfortunately, the SZ never made it to US shores. By the early ’90s Alfa was on its way out of the US with slumping sales. This is why it was so shocking to see an example pop up on Bring a Trailer.

Sold by Bay Area, California exotic dealer Euro Classix, this SZ is one of the few in the country. To make it even better, the odometer reads just 13,000 km (7,700 miles).

This SZ, ultimately sold in Europe, eventually found its way to a collection in Japan. After spending some time in the Land of the Rising Sun it made its way to California via Vermont under the 25-year import laws.

During its time in Japan, the car did receive some upgrades. The wheels are 18” billet Image 41 wheels in gold that complement the Rosso Alfa paint. To further boost the handling, this SZ also gets race-grade Koni coilovers and grippy Potenza RE760. Finally, a set of Wilwood brakes round out the performance modifications.

On the inside, it gets a set of custom Sparco racing seats with four-point harnesses. Also, capping off the interior mods is a MOMO steering wheel and an aftermarket stereo system.

Even with the modifications, this SZ is still highly desirable. While it’s not original, it still manages to maintain a tasteful look.

At the time of writing this article, the bidding is currently at $30,500. However, it should easily soar to around $60,000 by the time the auction closes. Not a bad price for something as rare and weird as the SZ.