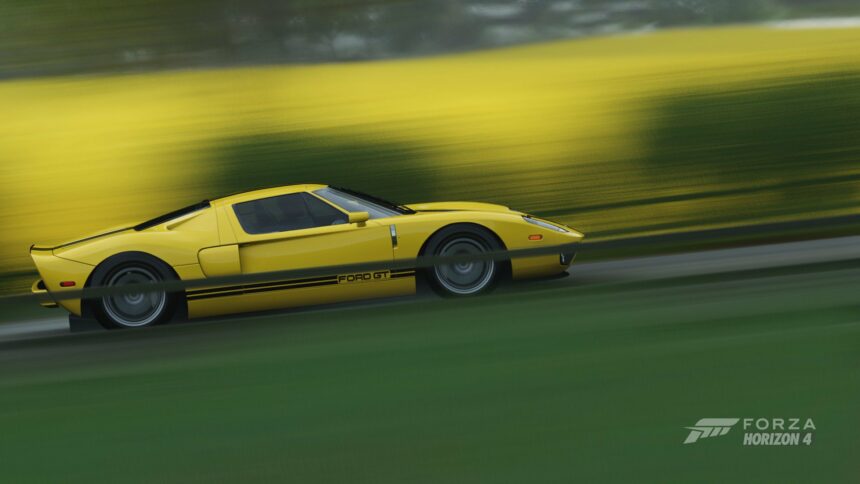 We have the lowdown on the new events below.

The biggest change is the introduction of Festival Playlists. This groups all of the seasonal activities into a single package. Progress is tracked throughout the season and prizes are available at 50% and 100% completion.

The prize cars available include a debut, a returning race car, a classic Porsche roadster and a special Forza Edition Ford.

Let’s dive into what the new playlist entails for this week. 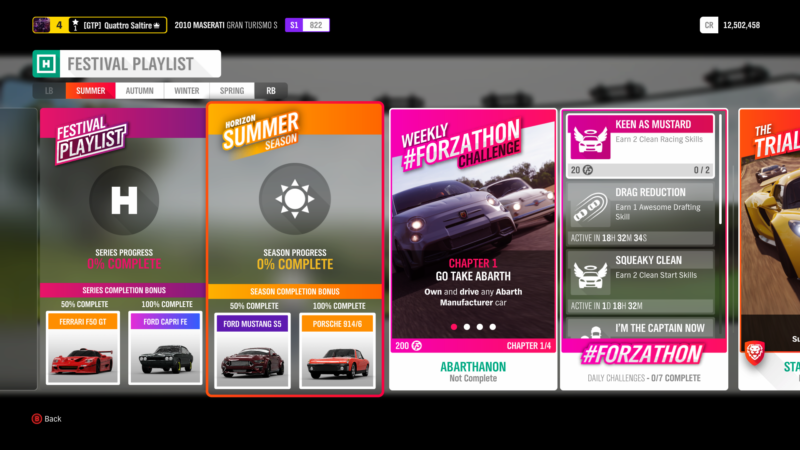 Four cars are available upon completion of the season and the Festival playlist, with a pair of returnees and a series debut among the headliners.

The main debut comes from the Ford Mustang RTR Spec 5. Based on the 2018 Mustang GT, this tuner special features a custom widebody kit for a more aggressive stance. The 5.0-liter Coyote V8 makes 460 horsepower and should make an excellent all-rounder for racers and drifters.

Next is the 1970 Porsche 914/6. One of the more underrated classics, this mid-engined roadster packs a 2.0-liter making a modest 109hp. Performance won’t be groundbreaking but players will be able to cruise Britain in style.

The remaining cars are the Ferrari F50 GT and Ford Capri Forza Edition. The F50 GT was born to race in GT1 during the ’90s but never got the chance. Now players can put this beast through its paces on the streets of Britain.

The Capri FE is a special rally-tuned variant of the Capri RS3100. This car comes with a Skills boost for those seeking high skill combos.

Among the racing events is a new Showcase Remix event: Nine and Three Quarters. Here you will be behind the wheel of a 1950s Ford Anglia. Your opponent? The iconic Flying Scotsman steam train in a race to Edinburgh.

The Rivals Event for the month will see you get behind the wheel of the new 2019 BMW Z4 M40i. The new sporty roadster makes its virtual debut in FH4. The main objective is to complete a clean lap of the Edinburugh Station Circuit.

Details on the rest of this week’s racing events are below: 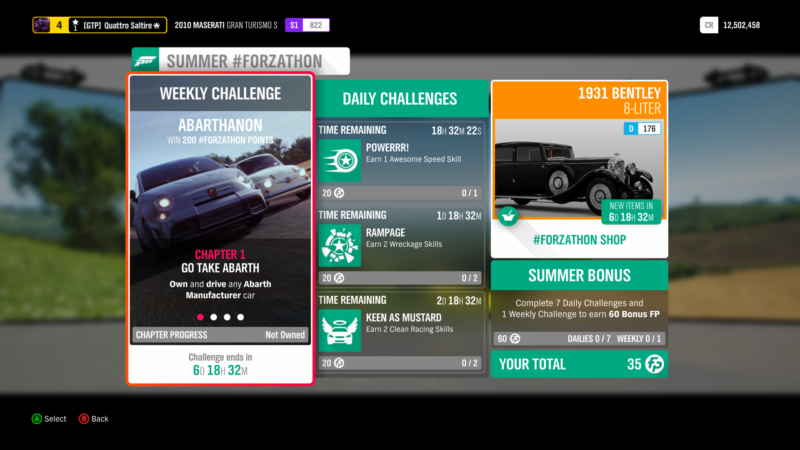 This week, Forzathon turns to a celebrated Italian make for this week’s challenges: Abarth. The first challenge is an easy one; own and drive any Abarth car. Next, flex your tuning muscle and tweak your Abarth before taking it to 125mph.

Spread your wings for the third challenge and earn 9 stars from Danger Signs. Finally, hit the streets and win any 2 Street Scene events to finish up the weekly challenges. 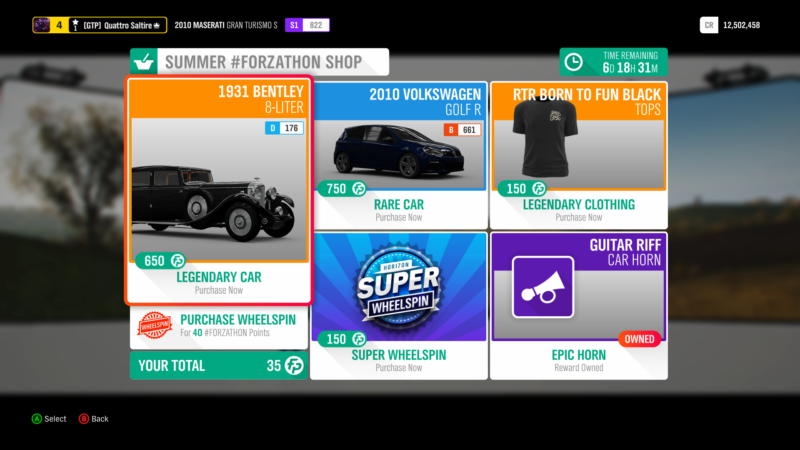 The Forzathon Shop lineup remains expensive this week, with one car in question that stands out from the rest. That car is the 1931 Bentley 8 Liter. This hulking behemoth was a cornerstone of British luxury in the 1930s that very few could afford. At 650 Forzathon Points, this is one car worth saving for.

The other car is the Volkswagen Golf R. A very potent and discreet hot hatch, the Golf is one of the most competent all-round cars available. At 750 FP though, we advise spending those points elsewhere.

Clothing and novelty items this week see an RTR “Born to Fun” Black t-shirt and a guitar riff car horn available to purchase.