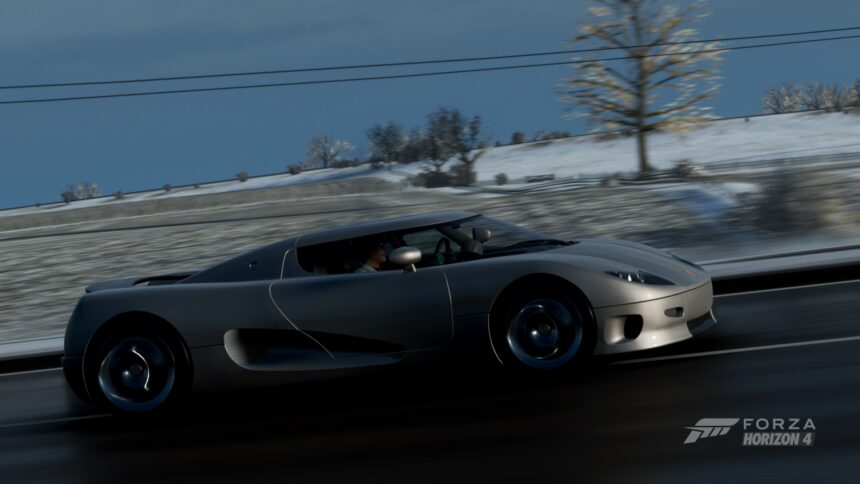 The snow has fallen once again, as Forza Horizon 4 welcomes winter back to the UK with a new helping of content and events for players.

Let’s dive in what events are available this week. 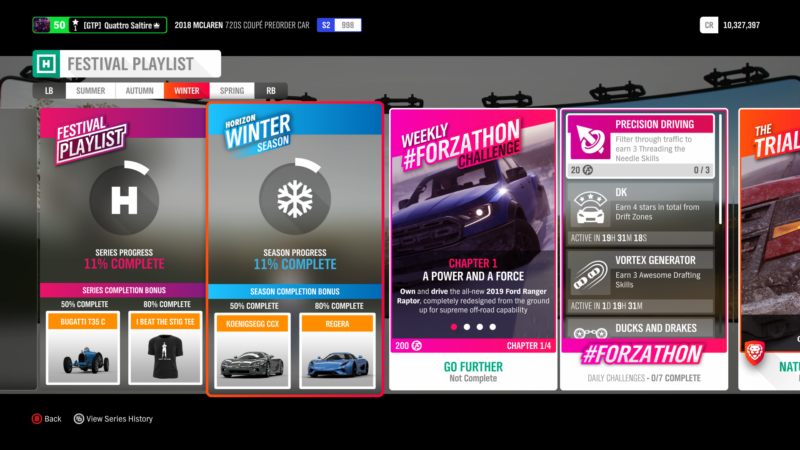 Koenigsegg Speeds to the Front

Koenigsegg grabs the spotlight for this week, with a pair of its extreme hypercars up for grabs.

First up is the CCX. This car is rather infamously known for its high-speed accident at the hands of The Stig on Top Gear. The CCX is also the first car to feature Koenigsegg’s own engine.

That engine is a 4.7-liter twin-supercharged V8, pumping out over 800 horsepower. This CCX also has the rear spoiler attached, so tackling the wintry roads of the UK should be a bit less manic.

Sitting alongside it is the current Koenigsegg hypercar, the Regera. This marks the company’s first hybrid car, but not in the traditional sense.

Returnees dominate the event prizes this week. The Mercedes-AMG GT sedan arrives in time for the snowy season. This swoopy 640 horsepower AMG can be obtained by winning the “AWD Spotlight” championship.

Another notable returnee is the Ford Mustang RTR Spec 5. For those after more fun in the snow, this drift-specified pony car can be won from the “Ford Cup” championship. 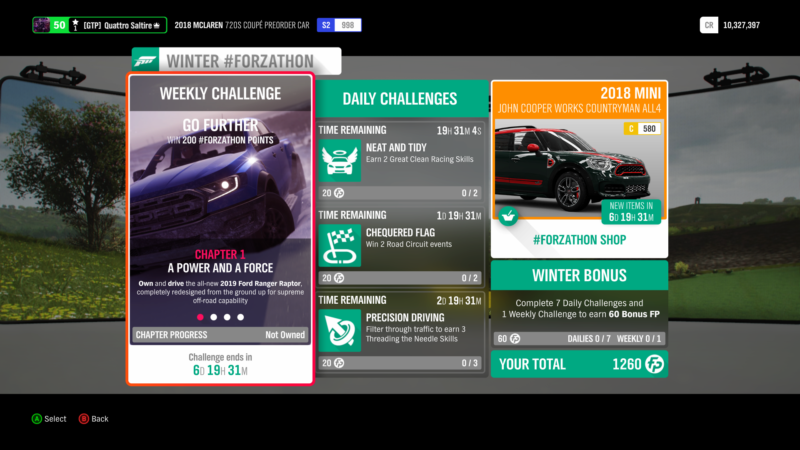 Forzathon gets down and dirty this week, as the spotlight focuses on one of FH4’s newest arrivals; the 2019 Ford Ranger Raptor. To kick things off, you’ll need to own and drive this beefed-up truck.

Next, it’s time to get wild, as you’ll need to earn 10 Crash Landing skills. Make sure to find plenty of loose debris near your landing zones. The third objective could prove a tricky one. A Barrel Roll skill is required to progress.

Finally, it’s a free-for-all as you’re required to win 5 events from any of the disciplines. 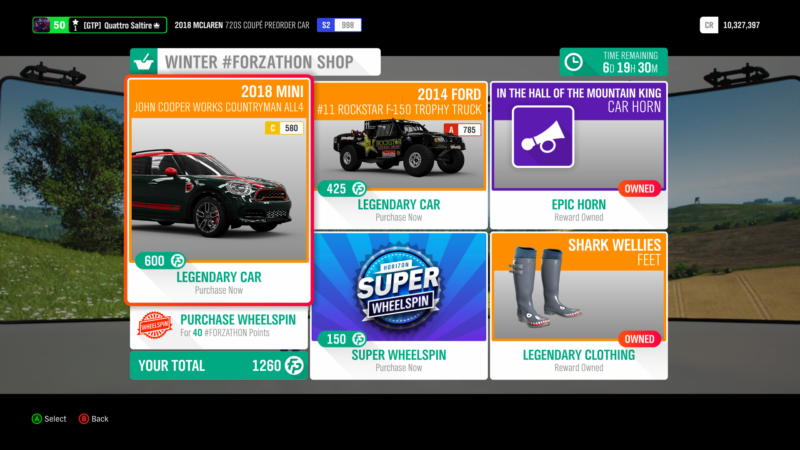 An offroad theme graces the shop this week, with two very different cars. Headlining the shop is the 2018 Mini Countryman John Cooper Works.

This small sporty crossover last appeared as a seasonal completion prize in May. With a 1.6-liter turbocharged engine, the Countryman makes a healthy 228 horsepower. Costing a steep 600 Forzathon Points, if you missed out the first time, then now is a good opportunity to grab it.

Alongside the Mini is the more extreme Ford F-150 Trophy Truck. This machine will conquer the Winter terrain with ease. With a 7.5 liter V8 engine and 850 horsepower, the F-150 will go anywhere quickly.

Novelty items for this week include the Shark Wellies and the “In The Hall Of The Mountain King” horn.

Forza Horizon 4 Season Change
7 Comments Discuss this post in our forums...
Can You Beat the Impossible Gran Turismo Quiz?