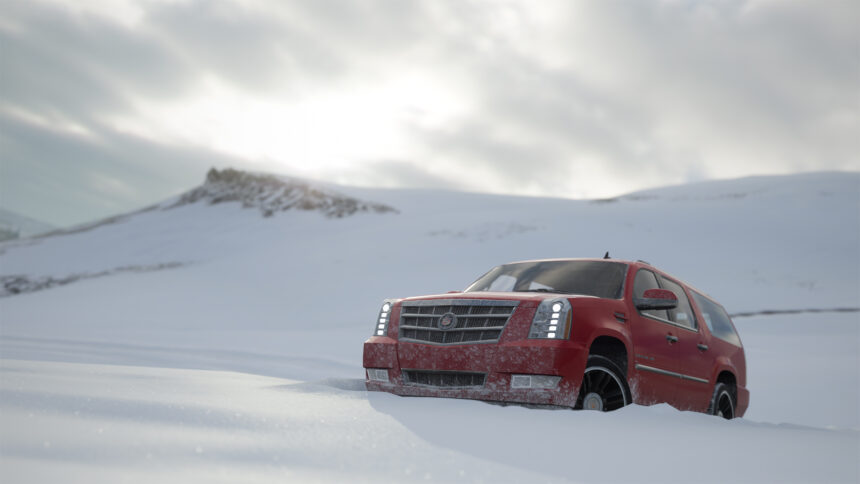 Grab your coats and scarves, winter has come to pass in Forza Horizon 4. While there’s plenty of slipping and sliding to go around, there’s no shortage of fun to be had. With it, as always, comes a bevy of new challenges and rewards players can earn while letting loose across Britain.

The Car Pass may have officially concluded, but there’s still plenty of cars to go around. Two returning cars are up for grabs this week, and for those looking to add them to their growing collection, you’ll want to stay tuned. Though, as you can tell from the image above, one of them happens to be a beefy SUV.

Without any further ado, let’s get down to what this week has to offer. 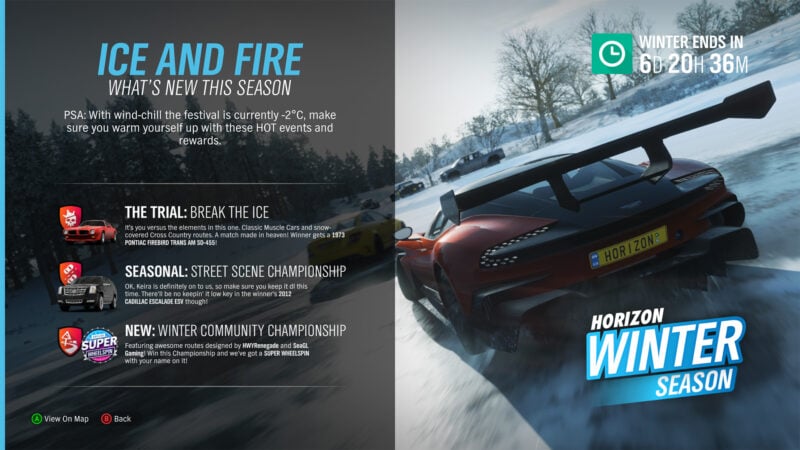 Two new cars are up for grabs this week. While it may not returning metal from the 360-era, it helps round out the eclectic car roster all the same.

First up, the Pontiac Firebird Trans Am SD-455. A staple of the series since Forza Motorpsort 3, this muscle car comes equipped with a 7.2-liter V8 sending 372 horsepower to the rear wheels. While the SD-455 previously featured as a Wheelspin reward, this is the first (and so far only) guaranteed way to score the classic muscle car.

The next car on the list, the Cadillac Escalade ESV, makes its FH4 debut. Like the Pontiac, the Caddy isn’t exactly a new face and has featured in every Horizon game since the original. Still, it’s never a bad thing to have a hulking 6.2-liter V8-powered, 404 horsepower SUV lying around.

The lowdown on this week’s challenges are as follows:

Still on the Run 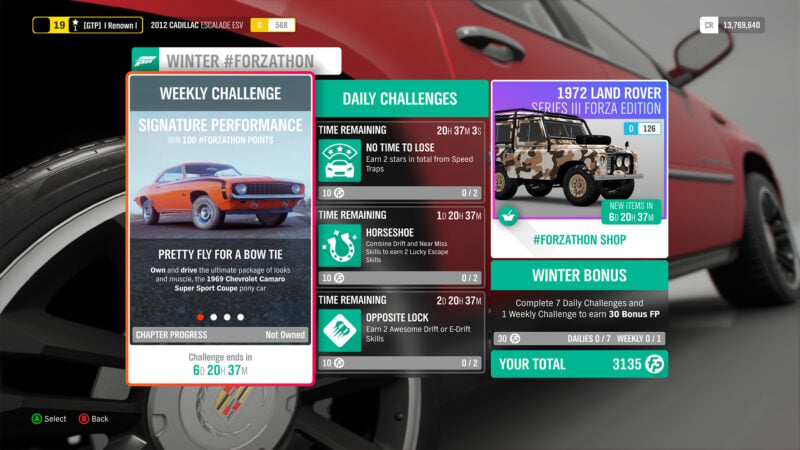 This week’s challenges are far from over. As expected, new Forzathon events are available and focus on Chevrolet’s classic pony car, the Camaro.

The first part of the challenge is a simple one: own and drive the 1969 Camaro Super Sport. Next up, you’ll need to rack up 20 Great Speed Skills whilst behind the wheel — an easy feat in a muscle car, no doubt.

Following that, secure three victories in Drag Strip events which shouldn’t be very difficult in the slightest. After all, muscle cars are renowned for their straight line speeds. Finally, there’s amassing five Pass Skills while racing. It doesn’t get much simpler than that, does it? 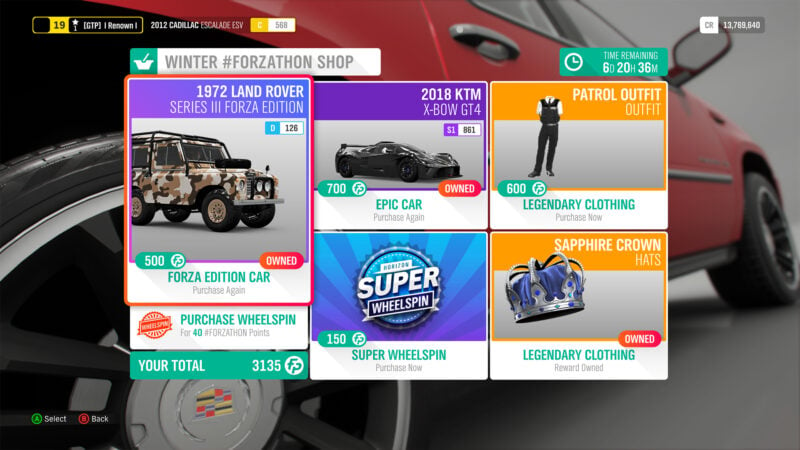 The Forzathon Shop continues to err on the pricier side this week, much more than last week’s offerings. The returning car is the KTM X-Bow GT4 for a whopping 700 Forzathon Points. If you were lucky enough to have picked this up before the price hike, look to spend your points elsewhere. Otherwise, dig in for the long haul as the X-Bow is a Shop exclusive.

This week’s Forza Edition car is another familiar face, the Land Rover Series III. While a bit cheaper at 500 FP, it will still leave a sizable dent in your wallet. With its boost focusing on Destruction Skills, it’s perfect for mowing down fences and anything else in its path.

Those looking for a bit of novelty have a Patrol Outfit and Sapphire Crown to choose from.

Forza Horizon 4 Season Change
33 Comments Discuss this post in our forums...
Can You Beat the Impossible Gran Turismo Quiz?