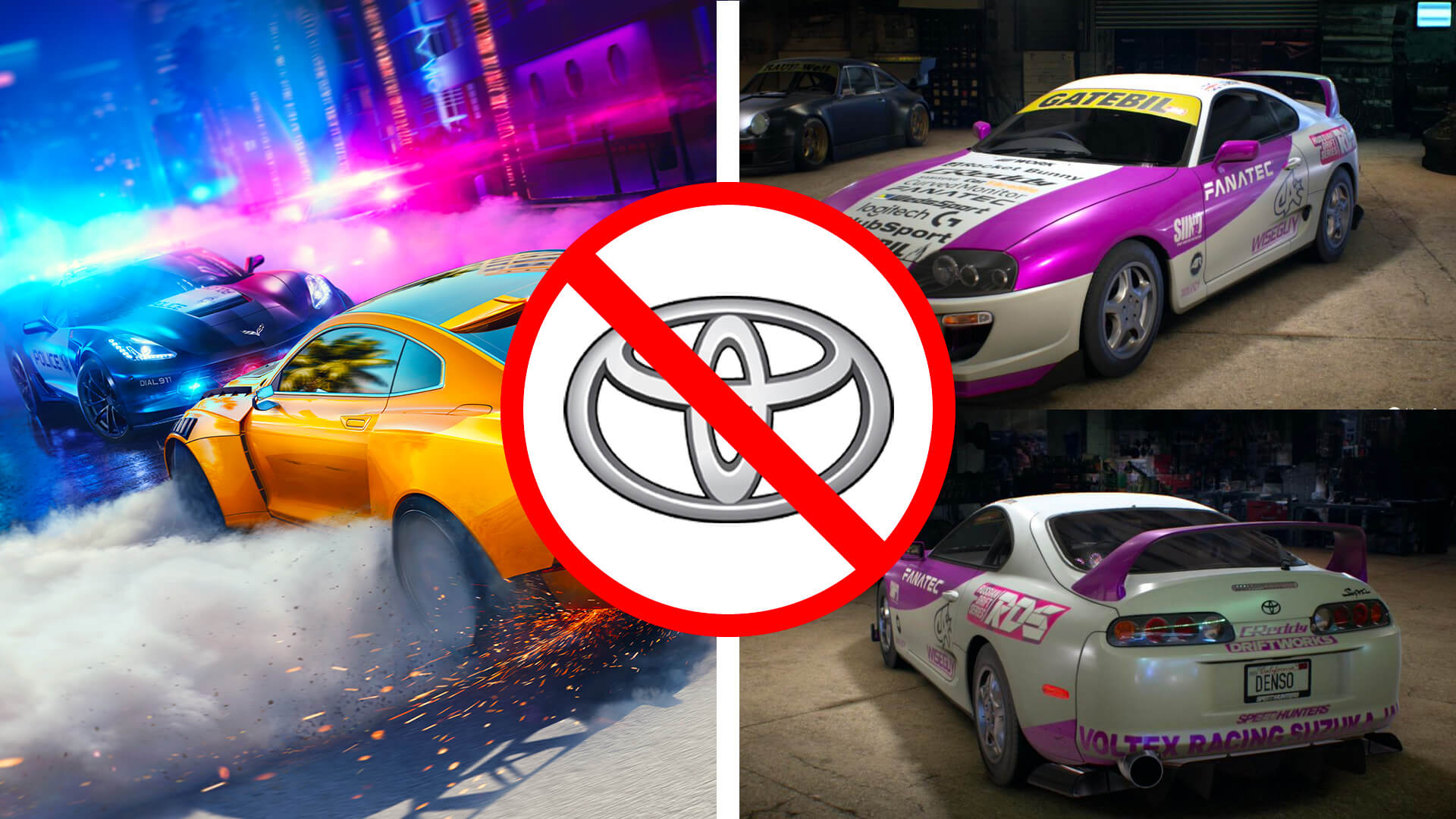 UPDATE (08.21.19): Toyota UK has released a series of tweets in regards to the (now-deleted) original “illegal street racing” comment:

“We love that you want to see our cars in all your favourite racing games, and honestly, we want the same thing. Most of us in the Toyota GB social media team fell in love with cars through games like TOCA, Daytona and Gran Turismo. One of us even has fond memories of Pole Position on the Atari! Officially, Toyota Motor Corporation has no concrete plans to license its model range to any other games besides Gran Turismo Sport at the moment. When you challenge us as to why Toyotas don’t appear in your favourite racing games, we don’t want to reply to you with a generic message, but we’re currently limited in what we can say and yesterday we got our response wrong. We’ll be really excited to share our future plans with you as soon as we’re able to. In the meantime, whether it’s Gran Turismo Sport, Forza or Need for Speed, keep on racing.”

There is no indicator as to which party necessarily sought the exclusivity, but there you have it: an official stance on Toyota’s video game presence the last few years.

The original article remains below.

The curious case of Toyota’s rarity in modern games gained a new wrinkle today. According to the Japanese automaker’s UK arm, it won’t appear in the upcoming Need for Speed Heat due to the title’s depiction of street racing.

Judging by the tweet, the sticking point for Toyota is the game’s focus on illegal street racing. And it’s true that Heat will heavily focus on law — or rather, establish one of the cops as the de facto villain of the whole game. But Toyota’s tweet is an interesting angle for a few reasons.

For starters, it doesn’t explain the brand’s absence in titles that aren’t about street racing. Back in 2017, Forza Motorsport 7 developer Turn 10 announced no road-going Toyotas — nor any Lexus models — would arrive in the game. A few weeks prior, Project CARS 2 did come with a handful of road cars, though they were all 86-based and carryovers from the previous title.

Only Gran Turismo Sport has featured Toyota road cars on console titles since its launch in October that year. Combined with the brand’s almost constant presence in the game’s free monthly updates, it’s lead some to question whether there is some sort of exclusivity deal between Polyphony/Sony and Toyota.

But console sim racers are just one aspect of the racing genre. Since 2017, Toyotas have shown up in a handful of arcade and mobile titles. Shutokou Battle Xtreme, Initial D Arcade Stage Zero, and Wangan Midnight Maximum Tune 6 all feature the brand. Sure enough, every one of them is about — yep, you guessed it — street racing.

That’s what makes this all so strange, too: many associate Toyota’s sporting model history to road-going antics, even if not officially. Keiichi “Drift King” Tsuchiya arguably made the AE86 Sprinter the legend that is. One of the most popular movie cars of all time is the Brian’s mkIV Toyota Supra from the Fast and Furious franchise. Here on GTPlanet it only just lost to Bond’s DB5!

As luck would have it, today also provided a look at an orange Supra on the set of a speedy and angry movie. Universal is getting to work on “Fast 9”, and the new GR Supra is paying tribute to its predecessor:

While the franchise has certainly moved away from its Import Tuner roots, turning the crew into globe-trotting superheroes, there’s no arguing that it still features unsanctioned racing on public roads. The old Supra in the original Fast and the Furious taught an entire generation that the mighty 2JZ could take on a Ferrari — even if you couldn’t afford the latter (pal).

We’ve reached out to Toyota UK for further information on the subject. The Need for Speed account, however, has already responded:

Needless to say, watch this space for any updates.