Heading into the weekend, it was Laige’s race to lose in terms of the Forza Racing Championship according to many in the community. The French driver has 7 national championships to his name in the Forza world already, after all. Saturday’s 128-driver knockout events saw Laige progress to the final race of Week 1 on Sunday, alongside the other 15 drivers that qualified:

Yes, you’re reading that right: Darren Cox’ recently-unveiled virtual race team managed to nab seven of the drivers that would end up advancing to the top level of Week 1. The announcement came early in the morning Saturday, just before the knockout 1-on-1 racing started.

After a serious case of corner-cutting caused controversy during the week’s Rival event, Monza was removed from the lineup of tracks for Sunday. In its place as the first of the three races was the Nürburgring Grand Prix circuit, where the drivers would get nine laps to hunt for victory. The top four finishers on Sunday would win prizes ranging from wheels to consoles, as well as secure a spot in the Grand Final next month, where the top prize is a 2017 Ford Focus RS.

Qualifying in first, Laige would be able to put some distance between himself and the rest of the pack heading into that unmistakeable first corner of the Nürb GP layout. While The Shadest would remain near his rear bumper for the entire race, Laige would hold on to first for the entirety of the race. ASIX13 rounded out the podium in Germany, while b0x would capitalize on an error at the Michael Schumacher S by eSPORTS+CARS teammate Raceboy to nab fourth. 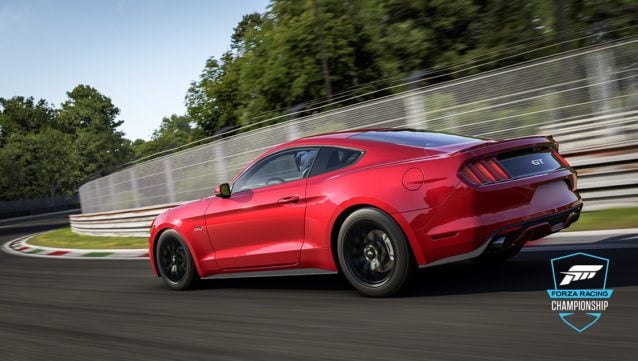 Catalunya would be much the same story up at the pointy end of the results. Laige qualified first and finished there too, with The Shadest again putting on the pressure for a closely-fought second place finish. BAM Seven would make the biggest jump, finishing on the podium in Spain after a disappointing 13th in the first race. After him, the order featured the same names as the previous race: ASIX13 (4th), b0x (5th), and Raceboy77 (6th).

Those drivers found themselves in a virtual game of musical chairs at Watkins Glen, as all three would be fighting for the two remaining spots in the Grand Finals. With the FIA-style points system, Laige and The Shadest had essentially already locked in their spots, and would continue their 1-2 finishes in the final race.

During the first lap, ASIX would collect the different-coloured paint of no fewer than three of the eSPORTS+CARS Mustangs, as the racing got noticeably more aggressive with the Grand Finals seats up for grabs. With b0x slotting into third behind teammate The Shadest, Raceboy would need ASIX to drop just out of the points (11th or lower) to secure the final seat. In the end, amidst panic as fuel levels approached empty, that’s exactly what happened.

Congratulations to all 16 players for making it to the Week 1 final, and to the four drivers that have qualified for the Grand Finals next month: Laige, The Shadest, b0x, and Raceboy. 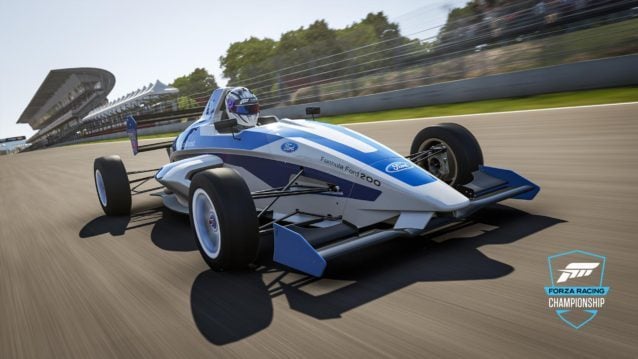 The other 12 drivers — as well as every other FM6 player — will get to try again from scratch, as the Week 2 event has just gone live. The Formula Ford is this week’s star, while the circuit is Catalunya. If you’re hoping to qualify for the knockout tournament, you’ll need to sign-up at the Forza ESL page.

Don’t forget to swing by our Forza 6 forum section to discuss the ForzaRC in greater detail.