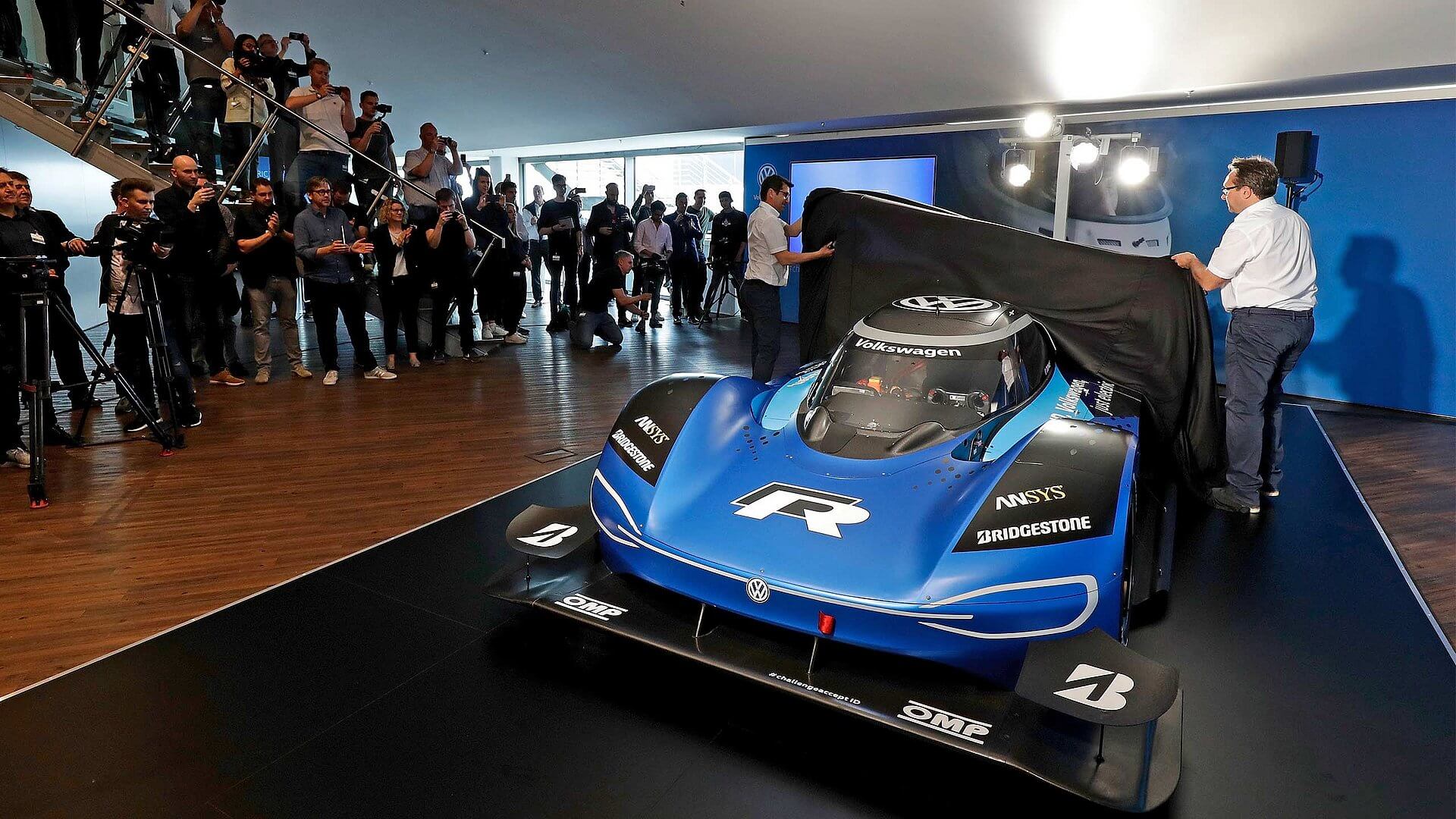 The premiere of Volkswagen’s updated ID. R time attack car has also brought the announcement of a virtual competition.

We previously reported that VW was preparing its Pikes Peak record-breaker for an assault on the electric lap record at the Nürburgring Nordschleife. That record currently stands at 6 minutes 45.9 seconds, set by the NIO EP9.

At an official unveiling, the 2019 ID. R sports new aerodynamics as well as an F1-style DRS system. Power from the twin electric motors remains unchanged at 670 horsepower.

VW also announced a partnership with RaceRoom Racing Experience for the Volkswagen ID. R Challenge. Players from across the world can attempt to set their fastest time on the Nordschleife in a virtual version of the ID. R.

Players will also have added incentive to push for the top leaderboard spots; Romain Dumas will be setting a target time for players to aim for. At time of writing, Dumas currently sits at 6 minutes 6.175 seconds.

Players can access the ID. R Challenge through RaceRoom’s Time Attack Mode. The leaderboard competition runs from April 24 to October 24. An online final to determine the winner will be held at a later date.

The winner’s prize will be a Volkswagen Ice Adventure held in early 2020. Second place will receive a sports driving course with Volkswagen Driving Experience. Third place will win a VIP package that is yet to be announced.

Participants must be 18 years or older and hold a B Class license in RaceRoom. For full terms and conditions, be sure to check out the official RaceRoom page.