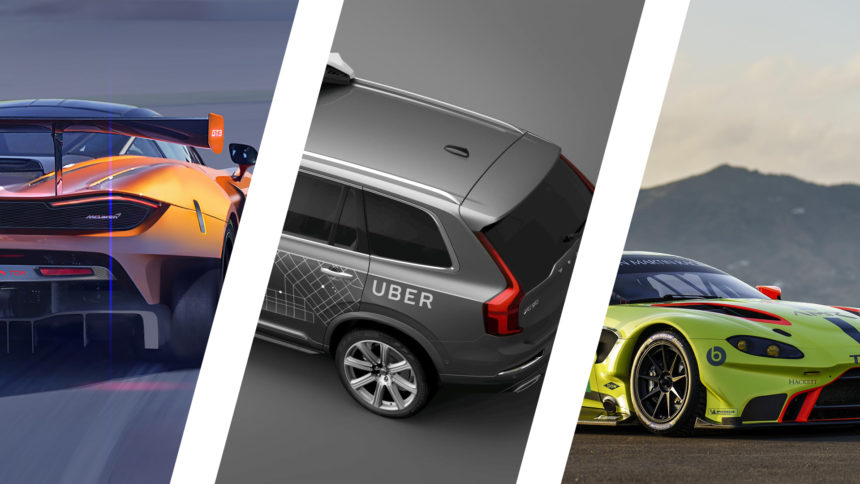 This Week in Cars: The Brits Get Racy and Uber Aims for Safety

Winter is coming, F1 is coming to a close and we’ve got a motor show around the corner. Anywhere else, this would be a good week to kick back and relax, but not in the motor industry.

It’s been a typically busy seven days, and we’re looking over some of the bits and pieces that may have slipped through the net. 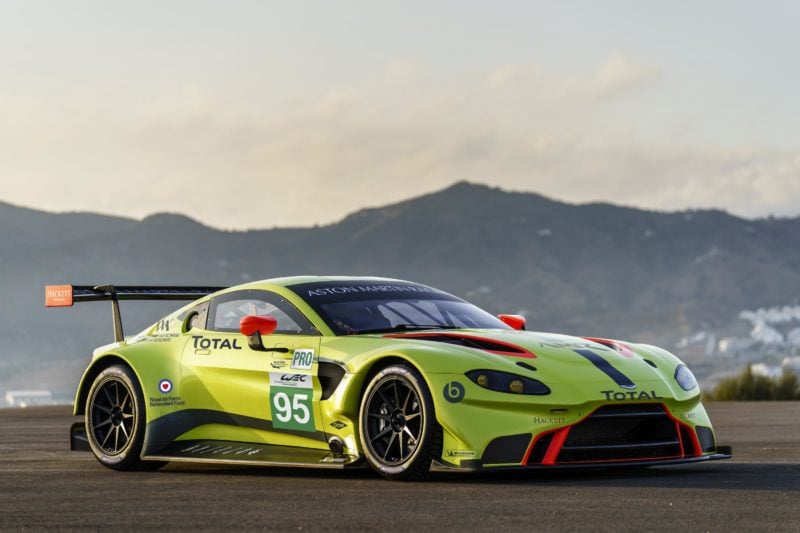 The beautiful Aston Martin Vantage has been with us a good long while. Aston first unveiled it back in 2004, would you believe? It’s been the entry-level coupe ever since, but a 12-year production run is enough for anyone (except Caterham and Morgan), so now there’s an all-new model on its way.

But that’s not all to come out of Gaydon this week. Aston Martin is also famous for racing its cars, and so the new Vantage has a sibling: the Vantage GTE.

It comes in to replace Aston Martin’s most successful competition car ever. The outgoing V8 Vantage GTE won 37 international races, including two class victories at Le Mans. That’s the definition of a hard act to follow.

But the new vehicle has already completed more than 8,000 miles of testing before it was unveiled this week. This includes a 30-hour run at Navarra in Spain, and a durability test at Sebring, involving all of Aston Martin Racing’s current drivers.

It uses the same Mercedes-sourced, 4.0-liter, twin-turbo V8 engine as the road car, although somewhat developed for this new application by Aston Martin Racing.

The Vantage GTE starts its racing life in May 2018 at the first round of the 2018-19 FIA World Endurance Championship “super-season”, the 6 Hours of Spa-Francorchamps. 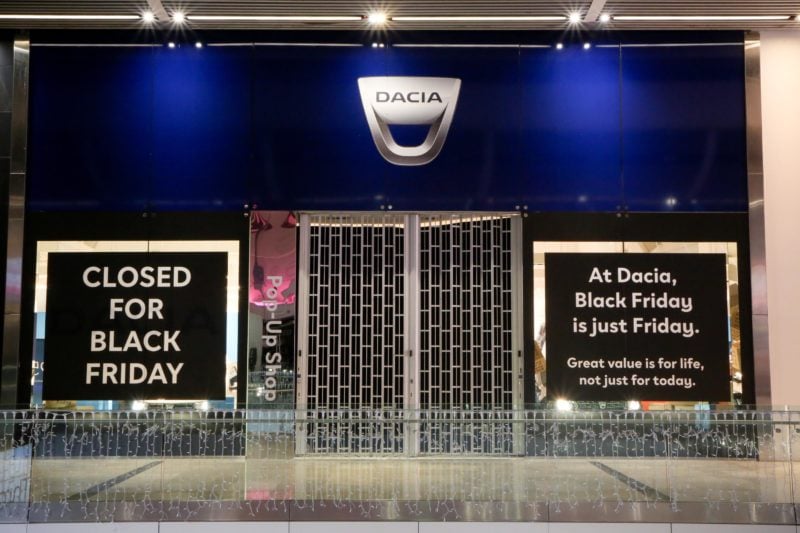 Despite not celebrating Thanksgiving, like 96% of the planet, the associated “Black Friday” event is creeping across Europe. Stores are getting onto the Black Friday bandwagon in a big way, with some offering deals not only on the day itself (and Cyber Monday), but the entire week.

Enter Dacia. The Romanian car maker, famous for selling the cheapest new car in Europe, seems be making a one-brand stand against the day. Not for its non-European origins, or because it’s a driver of consumerism, but because it thinks a deal should always be a deal.

Having literally opened a pop-up store in the Westfield Stratford mall in London only on Thursday, Dacia shut up shop for the whole of Friday. According to Dacia’s UK boss, “at Dacia, Black Friday is just another Friday – exceptional value should be every day”.

The brand’s research reveals that 67% of Brits consider Black Friday to be a gimmick, and hoped that the 185,000 visitors to the mall near London’s Olympic Park on that day would take note of its no-nonsense approach to value. 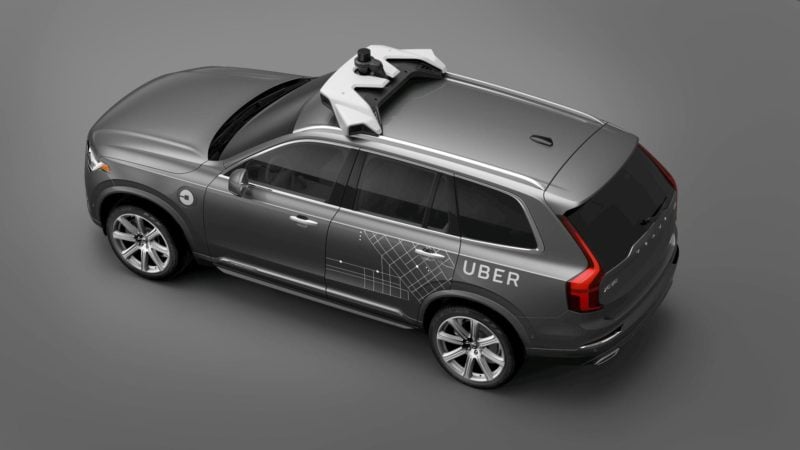 Controversy-hit ride-sharing company Uber has signed an agreement with Volvo for the supply of tens of thousands of cars between 2019 and 2021.

The two companies have worked together to develop XC90 models specifically for the deal, which are compatible with autonomous driving standards. Along with providing Uber with these vehicles, Volvo will use the same cars to help develop its own independent autonomous car strategy.

Volvo, of course, is on a safety mission. Its goal is for no-one inside a Volvo vehicle to be killed or seriously injured by 2020 — right in the middle of the period of this agreement — and autonomous driving is part of the plan. It already makes some of the safest vehicles in the world to be in when you crash, and has pioneered the use of low-level autonomous systems like Active Emergency Brake (AEB) to avoid crashes happening in the first place.

The supply of what’s thought to be 24,000 cars will be one of the largest self-driving capable fleets anywhere in the world. Meanwhile Volvo itself hopes to release its own fully autonomous car in 2021. 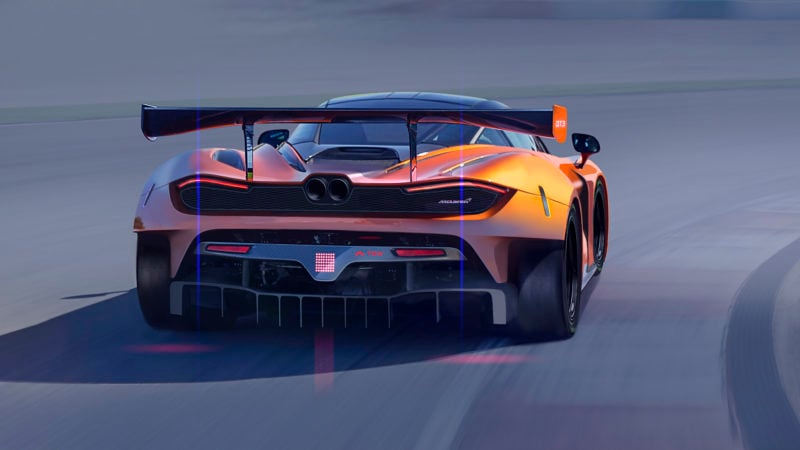 After what’s been a rather successful spell for the McLaren 650S GT3 over the last two years, the writing is on the wall. After all, the road car variant is no longer with us; as the oldest model the company made, dating back to 2011, it’s now become the first model McLaren has ever replaced.

And what a replacement. The 720S — McLaren cunningly naming its cars for the power output in (ugh) metric horsepower — has lit up the internet since its big reveal earlier this year. Already fast on paper, the 720S is allegedly under-reported for power and purveyors of viral videos routinely use it to obliterate supposedly faster machinery.

So it seems a natural course of action to make the 720S into a GT3 car, to replace the 650S. As you can see from the concept image above, it’s not quite ready yet; apparently the process is a good deal more complex than just slapping door numbers onto the road car. Nevertheless McLaren told us it’ll reveal the car in the summer, race it by this time next year, and make it available to customers for the 2019 season. It has a way to go to match the 650S GT3’s 10 titles in 2016 though.

Infiniti took the covers off its new QX50 crossover this week. It stands to be a significant car for the brand which has still to properly crack the European nut — but Euros love a crossover and the QX50 has the image to finally get its toe in the door.

There’s two major talking points though. The first is that unlike most Infiniti models, this, like the Q/QX30, is actually a Mercedes underneath. The second is that the car will use the first ever production variable compression engine. We’ll find out more at the LA Auto Show next week.

Aston MartinInfinitiMcLarenVolvo
3 Comments Discuss this post in our forums...
Can You Beat the Impossible Gran Turismo Quiz?