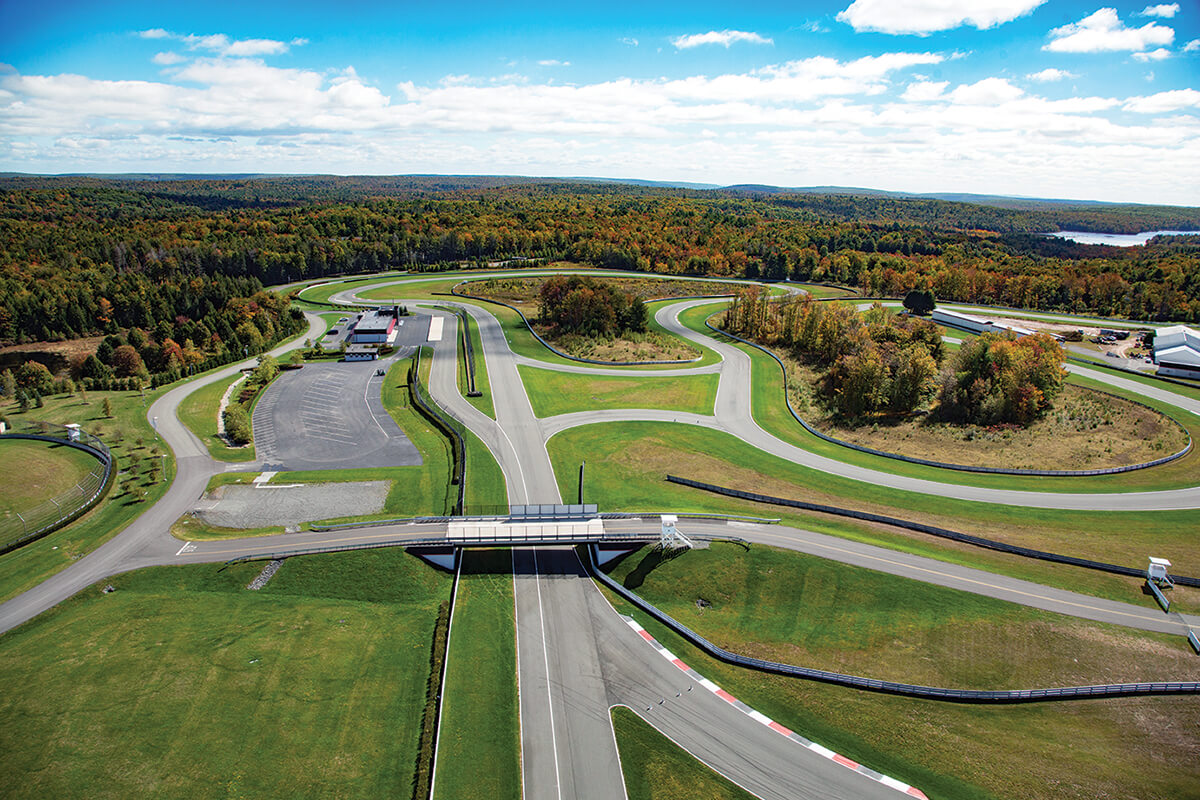 We’re a little spoiled this generation in terms of racing games. The combination of ever-increasing computing power and tech like laser-scanning has made real-world circuits commonplace in our favorite titles.

Despite that, there’s still a huge laundry list of tracks waiting to get the digital treatment. Cars are one thing: games like Forza Motorsport 7 feature over 800 done up to near-photographic levels of detail, inside and out. But the time needed for track creation means most games don’t feature more than a few dozen. Project CARS 2 boasts the most this generation, though that comes with the disclaimer that not all are laser-scanned.

Sure, just about every track racing game worth its sim credentials has the Nürburgring or Brands Hatch these days. But with hundreds of race tracks dotting the globe, which hidden gems deserve the digitization process? We put the question to our community, and collected some of the best here.

For the purpose of simplicity, we’re only considering official content from developers themselves. That being said, we may use third-party mods for illustrative purposes, because nothing sells a lap quite like a video. Here we go!

A fairly new track, and a very picturesque one at that, Monticello Motor Club is located in New York state. The enormous complex sits on a 670 acre plot of land, with 4.1 miles of track. There are multiple layouts, from the largest, 3.6-mile 18-corner full circuit to the tiny 0.7-mile “Mushroom”.

The sheer number of variations allows Monticello to run three simultaneous races if need be. Including all of the layouts would certainly provide a boost to the track count in any racing game.

Monticello was originally built with an eye on the US Grand Prix. In the end, the event went to Texas’ Circuit of the Americas. It’s a bit of a shame, really: Monticello may have to contend with more diverse weather, but that can mean scenic autumn backdrops versus the expanses of nothing that surround COTA. And think of the gaming opportunities a clear four-season cycle provides…

Check out the official MMC site for all the info on the club.

Those that read any of the British automotive mags should be familiar with Millbrook. It’s a common location for track testing thanks to its thorough facilities. But you’ve probably seen it before without even realizing it. Remember that crash in Casino Royale? Yep, MPG was the real MVP there.

The main portion we’d be interested in is the Hill Route. It’s not the most technical of layouts, but the flowing and rolling tarmac would make for an enjoyable test track for a car’s dynamics, just like the real thing. A potential combined layout with all three loops would up the challenge considerably. Given its relative narrowness, full-grid racing may not be best at Millbrook, however.

With games like Project CARS 2 including Mercedes’ icy test track or Porsche’s Leipzig circuit — not to mention Goodwood Hill Climb in GT6 — we’d love to see a game developer go a little left field and include this. Bonus points if any team decided to include any of the various test facilities, like the circular high-speed bowl or even the Belgian pavé.

We know we’re supposed to be talking about the track here, but can we just take a minute to appreciate all the iconic race cars in the video above? Awesome.

As a city circuit, Helsinki Thunder is different from every other track on this list. Its 2.5-mile lap is predominantly right-hand turns, starting with an incredibly tight hairpin at T1. The multi-corner complex afterwards promises to test drivers, with a strong exit key to a good run up the next straight. The back half of the lap is all technical, at least in the later years: Thunder was only used from 1995 to 1997, with layout changes every season.

It all looks so bumpy, which would really force drivers to stay focused. Since it’s all public roads, capturing the data seems within the realm of possibility too!

Climb to the Clouds

The Mount Washington Hillclimb may stand in the shadow of Pikes Peak — both in terms of peak height and popularity — but tell us that doesn’t look like an epic drive. The narrow Climb to the Clouds stretches 7.6 miles, at an average grade of a whopping 12%.

Travis Pastrana’s lightning run above — in a car we’ve seen in the Forza franchise — shows off a deeply challenging ribbon of tarmac and some incredible car control. The scenery is suitably epic too. Oh and look, it isn’t entirely paved, either!

A point-to-point track may have limited use for circuit-racing fans, but on the plus side, the Mount Washington Auto Road looks like a great place for touge enthusiasts.

Sometimes a tiny circuit is just what you need for a new challenge. Finland’s Ahvenisto certainly qualifies: it packs in 10 corners in its 1.7 miles, ensuring you almost always have some amount of steering lock applied. Its largest straight is a whole quarter mile. If any track on this list would work as a David vs Goliath location for smaller cars, this is it.

Ahvenisto just packs in so much. Every corner has some level of elevation or camber change — sometimes both. There’s a bridge. It mercifully widens at points — though maybe not enough on that ballsy final corner. The lap record for the track is barely over a minute in an F3 car. That means more laps per session than other tracks, and given its spaghetti-like layout, you’ll need ’em at Ahvenisto.

The French sure know how to build a race track. Circuit de Charade is certainly theatric, as it sits at the base of an extinct volcano. Like Ahvenisto above, in its original form, Charade dedicated little of its massive 5.0-mile layout to straights. It was all about corners, with many drivers and riders considering it a faster, twistier Nürburgring. That’s quite a reputation.

Also like the Nürburgring, Charade underwent a transformation in the ’80s. The circuit was almost exactly halved (going down to 2.47 miles), with only the southern portion retained. It became a permanent track in 2000 — prior to that, it was open to the public. The similarities never end…

Coming to us courtesy of user DatNoiseV12, Rijeka consists of 15 corners. While it may not feature extreme elevation changes, but don’t let that fool you into thinking it’d make for an easy lap. The S-bends definitely require restraint, at least in the video above, where an Enzo gets sideways on a few corner exits. Extra points for the sound in that one — and the quick wave mid-slide.

It always comes back to the Nürburgring. While many people know of the Nordschleife (Northern Loop), the huge German track originally also had another section called, appropriately enough, the Südschleife (Southern Loop). At 4.7 miles long, the Südschleife was much smaller and less challenging than the Nordschleife, leading to the larger circuit’s greater popularity. While events sometimes took in a combined loop — the Gesamtstrecke — the Nordschleife’s major 1970–1971 updates relegated the Southern Loop to seldom-use status. A decade later, the modern GP circuit appeared, with much of the old track destroyed to make space for it.

The Südschleife was destroyed before laser scanning, making a one-to-one recreation difficult. But through other methods, a dedicated developer could build a digital version, allowing sim racers the world over to explore the full history of one of the most famous race circuits ever.