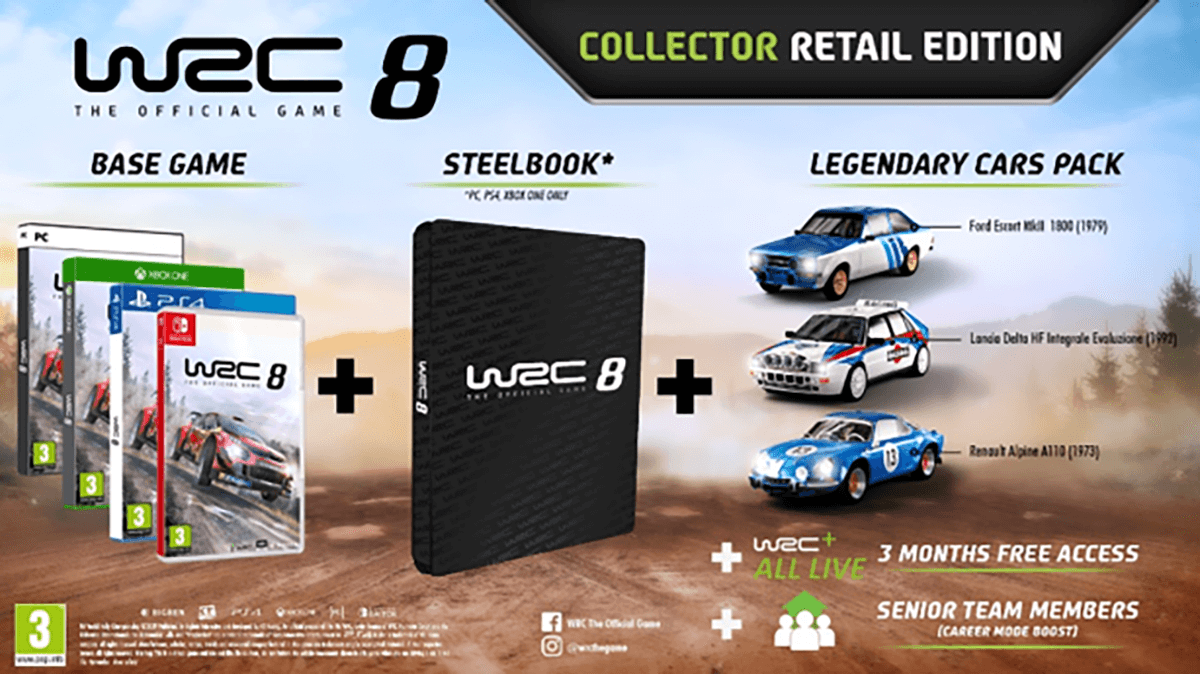 It’s August now, which means WRC 8 is arriving next month. In preparation for the rally sim launch, Kylotonn has revealed all the details on the different versions players will be able to get their hands on.

No matter which version players pick up, if they do it via pre-order, they’ll gain access to something new with this year’s title: classic cars. The RWD Legends Pack comes with all pre-orders, adding the modern Porsche 911 GT3 RS RGT — as seen in WRC 7 — and the Lancia 037.

Other pre-order bonuses depend on the version. Pick up physical Switch copies of the vanilla WRC 8 or the top-shelf Collector edition and you’ll get an exclusive pouch for Nintendo’s hybrid handheld (at participating retailers). Forgoing the disc, Digital Deluxe owners will gain 48 hours of early access.

In terms of additional content, the Digital Deluxe and physical Collector edition both include the Legendary Car Pack. This adds yet more classics: 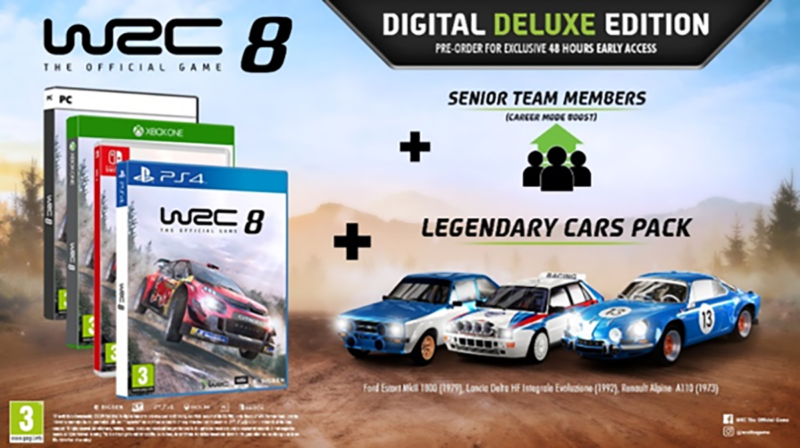 Opting for the Collector edition adds a few more goodies on top. There’s the steelbook, as well as a three month subscription to WRC+ All Live. This is the higher tier of the real WRC’s livestream program, which currently lists for 8.99€ per month. If it activates at the launch of WRC 8, that’d cover the rest of the season… 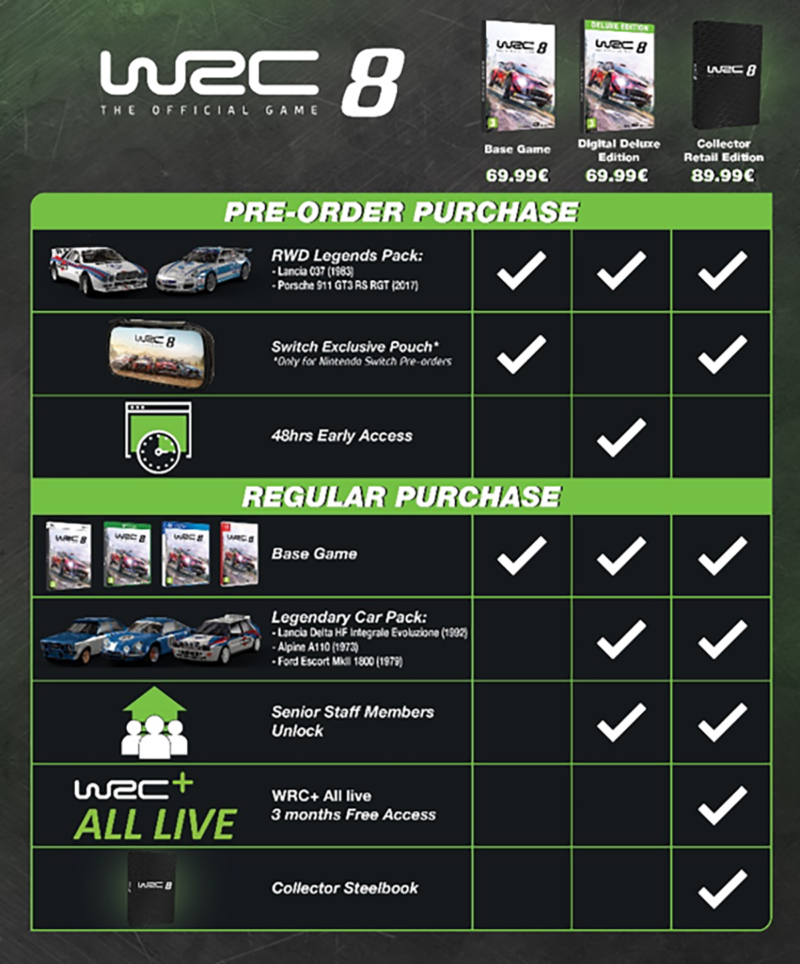 Kylotonn is promising the biggest entry in the franchise yet, with updated physics, new varying weather conditions, 52 teams, and over 100 special stages. It hasn’t announced an official release date yet, but has stated “early September”. Pre-orders are live on the PlayStation and Xbox Stores, where it’s listed as available for September 4 and 5, respectively.