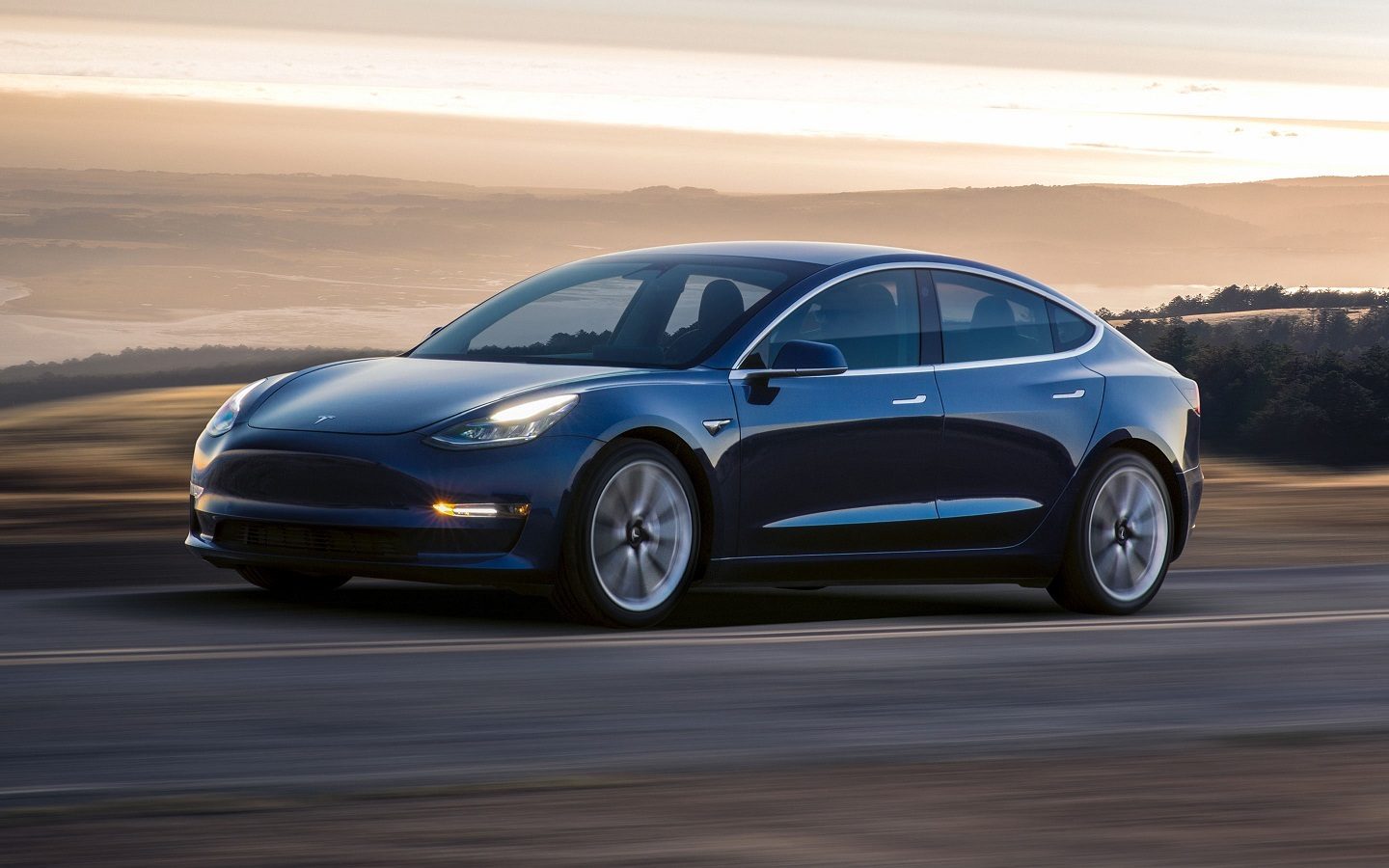 After nearly two years of wait, buyers can now place their order for the $35,000 Tesla Model 3. Yet just like when it was first announced back in July 2017, it’s still not as it seems.

First, you’ll want to ignore the bizarre way Tesla calculates the price for its cars. According to the company, the $35,000 Tesla is actually $26,950. It gets this number by including a $3,750 federal tax credit and $4,300 in gas savings

We understand the federal tax credit. However, the $4,300 in gas savings should not factor into the perceived cost of the vehicle. It seems a bit disingenuous since its hard to predict fuel costs or even how many miles someone will drive. It also ignores electricity costs as well, which are vastly different too.

Now, most people won’t expect a fully loaded car for the absolute minimum price. However, typically you at least have a choice of color. With the $35k Model 3, your choice consists of Henry Ford-approved black and that’s it. If you want silver or blue, you’ll need to add $1,500; white will bump it up to $2,000, and red will increase it by $2,500.

So assuming you don’t want to follow the rest of the crowd and drive something drab, you’ll need to pony up some extra cash.

The rest of the $35k Model 3 is equally as uninspiring as its paint job too. The wheels are the disc-like “aero” items, everything is manually adjustable inside, and per the Tesla website, it only plays music over Bluetooth.

There are still a few positives. You get an excellent range of up to 220 miles, a 0-60 time of 5.6 seconds, and a top speed of 130mph. In addition, you have access to an extensive (pay-per-use) charging network as well which is huge when it comes to an EV.

Still, the $35k Model 3 is a hard sell when you considering the competition. 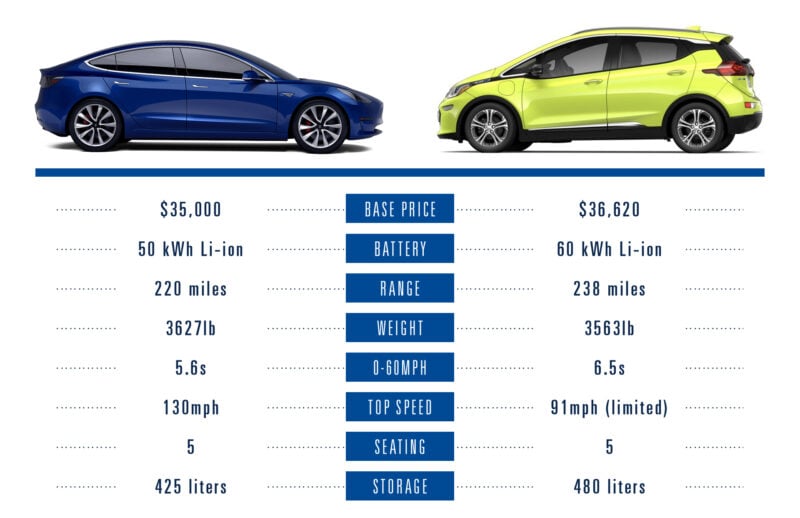 The biggest competitor in the US will probably be the Chevy Bolt. With a starting price of $36,620, it comes similarly equipped as the cheap Tesla. However, it gets slightly better range with an estimated 238 miles, but DC fast charging is not standard.

You do lose out on a bit of performance with the Bolt, however. The sprint to 60 takes 6.5 seconds, nearly a second more than the Model 3. Also, the power goes through the front wheels which diminishes the car’s sporting credentials just a bit.

There’s also the looks, which can only be described as a little dorky. Parking it next to a Model 3 will only highlight this. 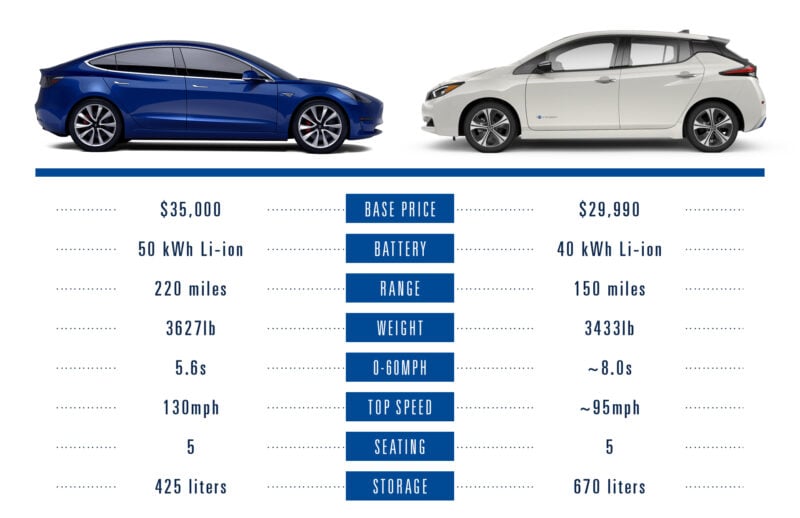 The other competitor is the Nissan Leaf, which starts at $29,990 for the entry-level model. Given its low price, you can also move up to the mid-tier mode, the SV, at $32,490 and still stay under the Tesla’s price.

Or better yet, for about the price of the Bolt, you can get into the top trim Leaf, the SL. This gives you things like leather, LED headlights, and pretty much anything else to make your time in the car enjoyable.

There is one drawback though. You do give up some range with the Leaf, with just 150 miles. It’s also slower than the Bolt or Model 3 as well. But you do save thousands depending on the trim level you get. Also like the Bolt, its eligible for the $7,500 tax credit too.

So which is the best option? Out of the three, the Leaf is probably the best bang for the buck depending on your commute. With nearly 90 miles less range, it’s not for those looking for a road warrior. But considering Americans typically drive on average 30 miles per day, it probably doesn’t make a ton of difference. For the range-anxious among us, Nissan’s got the new Leaf Plus coming, boasting over 30% more power and range.

So which of the three would you choose if it were your money? Or would you opt for something completely different like the VW e-Golf, Ford Electric Focus, Hyundai Ioniq, or the Kia Soul EV?