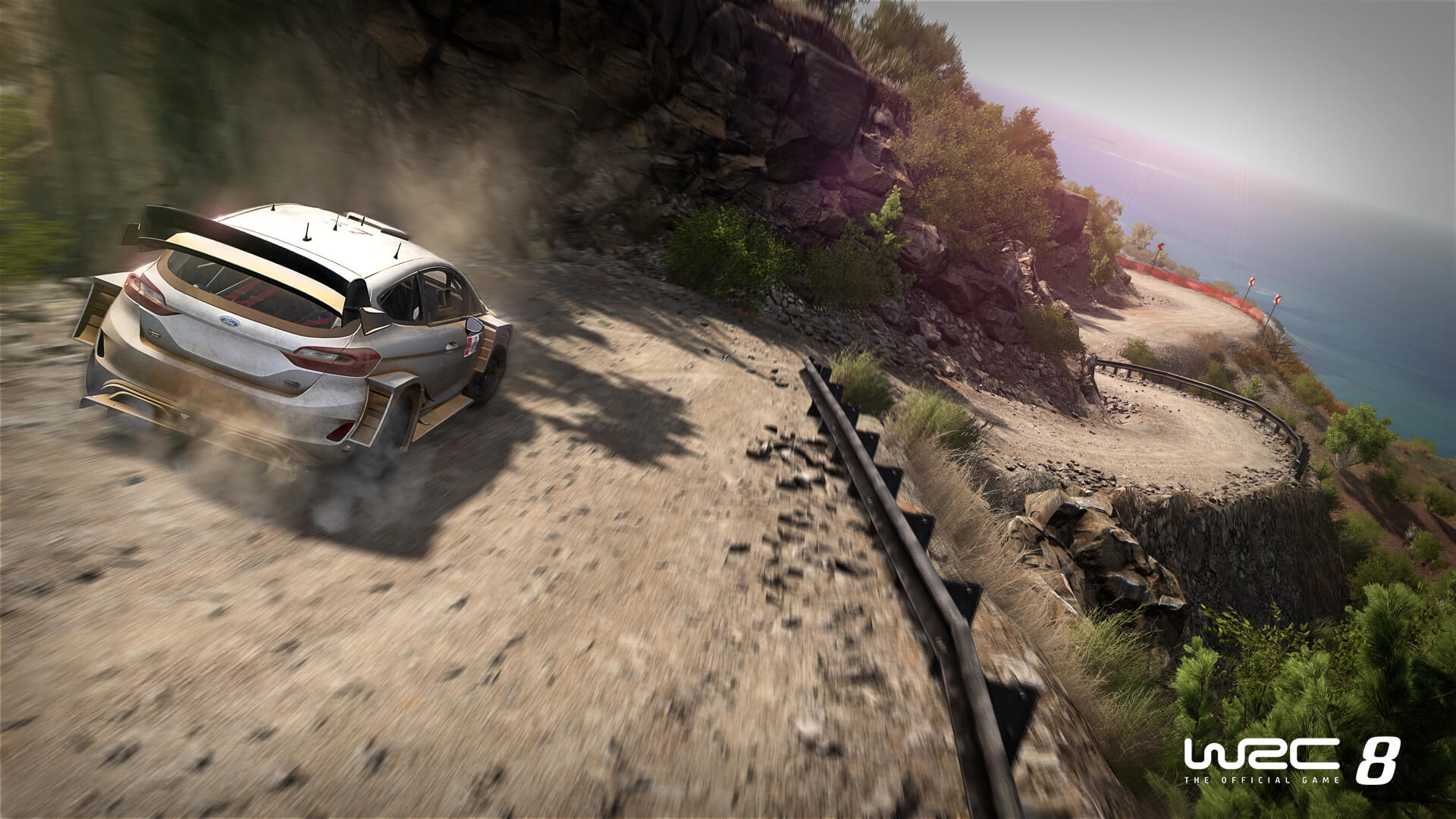 It was our first look at the game since its initial reveal in January. In just under an hour, Kylotonn and a small cadre of WRC esport drivers showed off an impressive amount of the game, giving us plenty of details to take in before the game’s September launch.

For the full experience, we recommend watching the full video down below. We’ve parsed everything down to what we believe are the five biggest reveals, which you can check out below.

The stream’s first bit of gameplay focused on one of WRC 8’s brand new locations. the Rally of Turkey joined the calendar for the 2018 season, but as that was a break year for the franchise, this will be its first showing in the Kylotonn era.

The team prefaced the run with a statement that it’s one of the most difficult rallies in the game. It certainly seemed that way: the narrow dirt stage was full of blind, off-camber corners, with jagged rocks peppering either side of the racing line. Tight hairpins require judicious jabs at the handbrake. Plenty of elevation changes should keep players on their toes, too.

Jonathan “RC JonNo” Holmes, currently sitting in fourth in the WRC esport championship, was the pilot for this first gameplay sample. He summed up his thoughts post-run:

“People have probably noticed the amount of rocks and stones on the ground in Turkey — God knows how many there are — but I mean I was really fighting the wheel. You can really feel the vibrations on the stones as you’re going over them. Honestly, I’m sweating a bit already.” 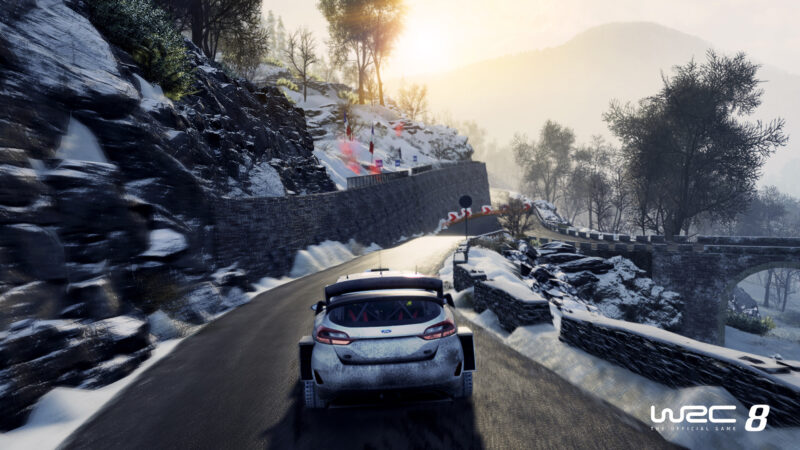 Physics Improvements On Tarmac and Off

One point that kept coming up with all of the drivers was one of further evolved physics. We thought WRC 7 was a solid enough rally title, but with new competition in the form of DiRT Rally 2.0, Kylotonn has to improve the experience behind the wheel.

It certainly sounds like that’s the case. Holmes once again shares his thoughts:

“It’s definitely an improvement on 7. The physics side of things is definitely a big improvement from the team. I don’t know if you saw but there’s a lot of kickin’ the rear end of the car out which is what we want in WRC games really. In 7 it’s really hard to kick the rear out and keep the drive of the car around the corner. But that’s something I know the team here have worked really hard on so you can actually flick the rear in, put the drive down, and get out the corner nicely. And you can link the corners together quite nicely.”

Game director Alain Jairnou stated the team focused on numerous key elements of the physics engine for WRC 8. Tire management, differentials, and turbos were the primary areas according to Jairnou.

Interestingly, he also confirmed the team works on the physics engine from a wheel-first perspective. Development takes place on a rig setup first, and the controller implementation comes second. This is encouraging news for the hardcore amongst us. 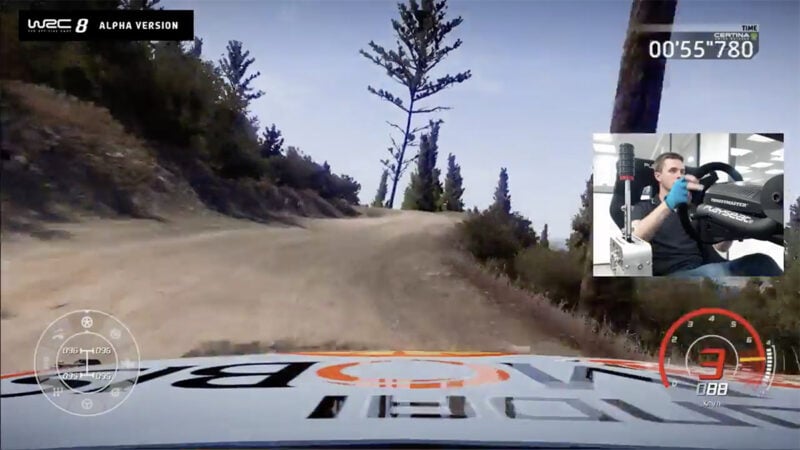 One weakness of previous WRC titles has been the license itself. The games focused on the official sport, and while that was great, it meant a very narrow driving experience.

WRC 8 will expand on the formula. Not only is the top-shelf class back, as well as WRC2 (Privateer and Pro) and WRC Junior, but historic cars will join the lineup too. Kylotonn name-dropped the Lancia Fulvia, Lancia Delta Integrale, Ford Escort mkII, Alpine A110 specifically in the stream. The team also mentioned Group B, but didn’t get into specifics. It has to keep some things hidden before release, but we should know more as September draws near… 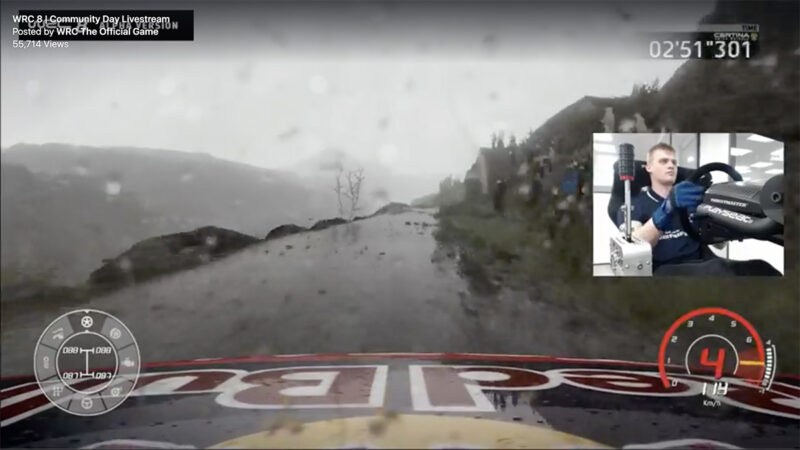 The second stage of the stream took us to Argentina. Kylotonn rebuilt the stage from the ground up, and it makes for a suitable location to show off one of the biggest new features: dynamic weather.

It’s early days, and the Facebook video was not the highest of quality, but what we did see was certainly impressive. Argentina switches from blue to gray skies quickly, and the track takes on a whole new attitude once the rain hits. Kylotonn confirmed dynamic weather will be available across all locations, as well as through every different time of day. The inclement weather will force players to adapt on the fly, and could really shake up the finishing order on the longer stages in the game — there’s over 100, after all. 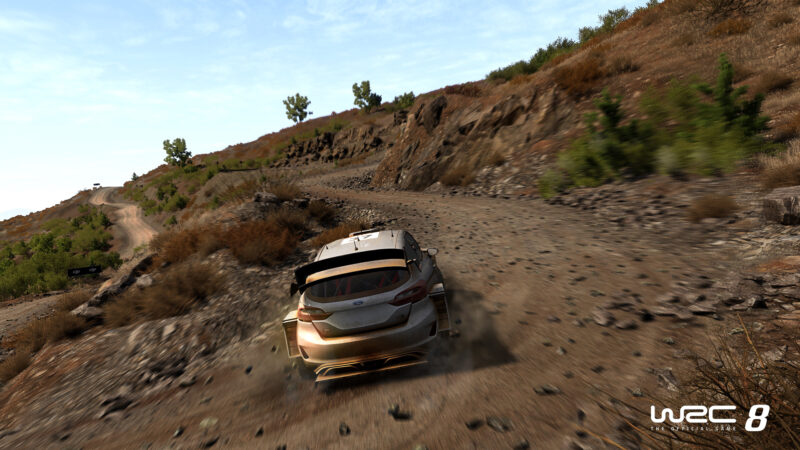 Even for a franchise that’s actively running its fourth Esport season, WRC 8 will still feature a deep single-player campaign. Kylotonn stated in the stream that it knows players value a career. The team has expanded this year’s offering, allowing players to get more involved with team management.

In terms of driver and team development, there will be evolving skill trees for both. This means signing to a different team will introduce new skills for drivers — and they may or may not mesh as well as the previous one’s.

Much like F1 2018, the historic cars will pepper the career mode with smaller invitational events. It’d be a great touch if Kylotonn mimics classic rally moments from the sport’s past for these events.

It’s early days still, but this first glimpse at WRC 8 was promising. The game launches this September for PS4, XB1, and PC. Stay tuned for more on it over the coming months.