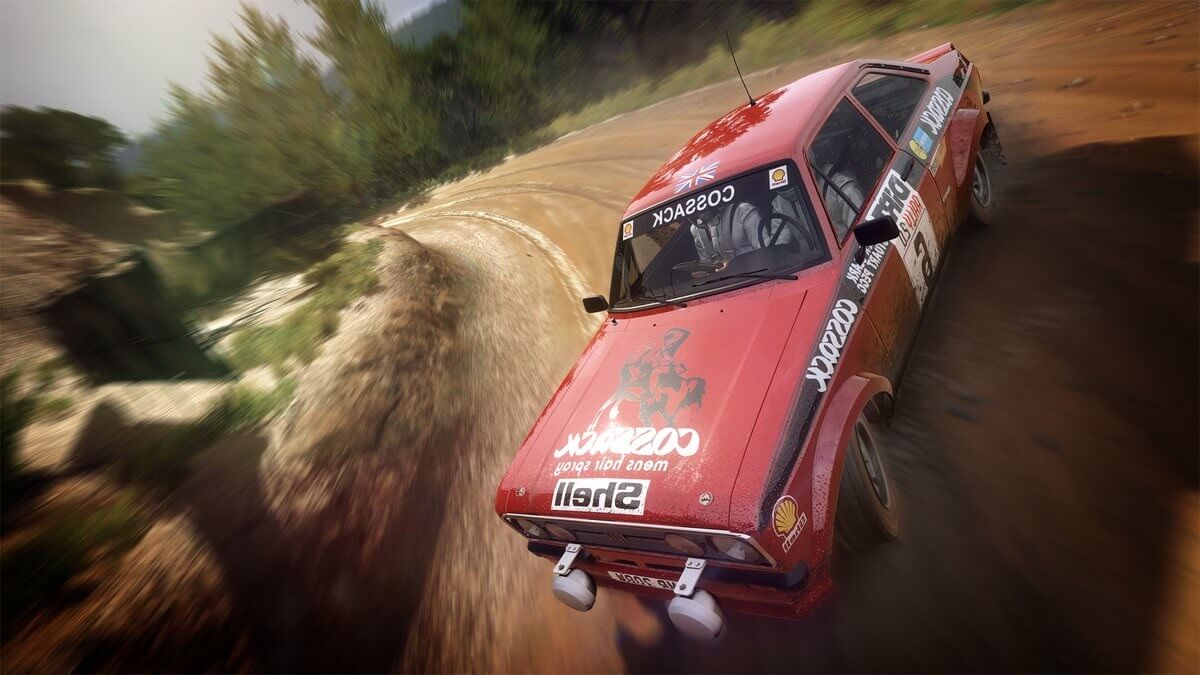 Somewhat recently a fellow YouTuber, Jardier, made the rather bold claim that the Ford Escort MkII is the best car in DiRT Rally 2.0. With so many incredibly fun cars in the game, it’s quite the statement. Naturally, I had to find out.

If you have spent any time around the rallying world, you’ll know of the Ford Escort MkII. The Escort name itself is synonymous with rallying and has enjoyed success across the globe. Indeed, the Escort name was victorious in the WRC across three decades, with wins in the 70s, 80s and the 90s.

Even with its long and storied success across different models, the MkII is the one that garners the attention. The Escort is so loved that you can still find it competing in smaller events all around the world.

The car is still hugely popular in historic and national events. With its screaming naturally aspirated two-litre engine, rear-wheel drive and basic nature, it’s easy to see why it’s still so popular around the world.

The real-world love for the Escort carries into the gaming world. It’s appeared in so many games and, in DR 2.0, it’s never been more fun. It’s real back-to-basics stuff: you get in, rev it like crazy, kick the tail out and have a right laugh.

It helps that the older cars are where the game truly excels. That’s not to say the more modern content isn’t up to scratch — far from it. It’s more that Codemasters sprinkled some sort of magical Welsh mud on the older cars.

In the lower gears, it generates a surprising amount of torque, meaning you really have to wrestle this little rocket into submission. Even when you’re gentle on the throttle, the rear still tries to introduce itself to the headlights.

Each of the historical cars has plenty of character, but not many shout louder than the Escort. When I say shout, it’s more that it screams its personality at you. The sound of that two-litre engine is something else. It’s such a shame that you have to rev the nuts off it to get all the power… said no one ever.

Do I think the Escort is the “best” car in the game? Not quite. The Group B class is still my favourite. Having said that, the MkII makes a strong case with its loud mouth and argumentative rear end. It’s such a boisterous little car that it’s hard not to love it. It slides, squats and screams its way through the stages. It’s just… fun. And, at the end of the day, fun is the most important aspect.

Much like its predecessor, DiRT Rally 2.0 is far from perfect. But, despite its bigger flaws and smaller niggles, driving a car like the Escort is just so much fun that I can forget the gripes I have. With the first season of DLC content starting any time soon, we can but hope that Codies bring fixes with the new content. Fingers crossed.

Andrew Evans · Mar 12, 2019· Comments
Usually a game update is a time of joy, but today’s update to DIRT Rally 2.0 will be tinged with some sadness for the game’s fans. It’s a relatively small update, but with major implications: it represents the end of the road for DR2.

Andrew Evans · Mar 12, 2019· Comments
All eyes may be on the next title in the DIRT series, DIRT 5, but DIRT Rally 2.0 still has a few things to give. Today, Codemasters has announced that the World Series esport competition, running in DR2, will return for 2020.

Andrew Evans · Mar 12, 2019· Comments
DiRT Rally 2.0 players could win a trip to Washington for a rally school lesson from Oliver Solberg, in a new competition that starts today.

Andrew Evans · Mar 12, 2019· Comments
The realities of coronavirus quarantines around the world are starting to set in, but for PlayStation gamers at least there’s a crack of light peeking through the gloom. Off-road racing sim DiRT Rally 2.0 will become available for free to all PS Plus subscribers this month.

Michael Leary · Mar 12, 2019
Codemasters has announced a new version of DiRT Rally 2.0 that veterans and newcomers alike will be able to get their hands on later this month. Dubbed the Game of the Year Edition, this new release includes over 80 cars and 26 locations.

Andrew Evans · Mar 12, 2019· Comments
As teased earlier in the week, there’s something new coming to DiRT Rally 2.0 soon. Codemasters has now revealed all, and in March players can take part in a celebration of all things Colin McRae.

Andrew Evans · Mar 12, 2019· Comments
If you’re still undecided on whether to pick up DiRT Rally 2.0 or not, Codemasters has released something to help you make your mind up.