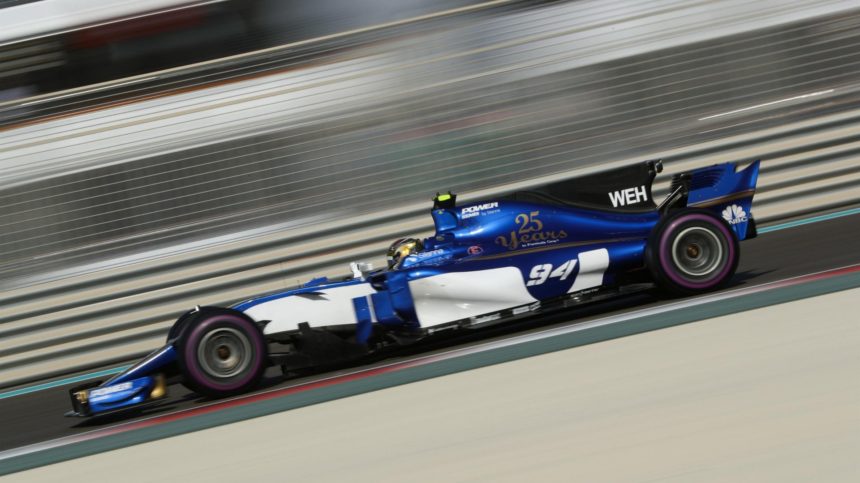 Alfa Romeo Name Returns to F1 Alongside Sauber in 2018

The changes coming in the 2018 F1 season continue to flow, although this one will be more welcomed than others. The Alfa Romeo name returns to the sport with Sauber as the two have agreed to a technical partnership.

The Swiss team will go by the name of Alfa Romeo Sauber F1 Team. The Italian car manufacturer serves as Sauber’s new title sponsor in a multi-year agreement.

Sauber has had an eventful off-track 2017 season. Earlier this year the team announced a switch to Honda power, only to retract and re-sign with Ferrari — a decision stated to have come down to “strategic reasons”. Fans of the sport will know the Honda engine has been abysmal in 2017.

Sergio Marchionne, the man in charge at Maranello, is eager for the brand to return to F1. Sauber’s 2018 driver line-up remains a mystery, though the safe bet is Charles Leclerc and either Antonio Giovinazzi or Marcus Ericsson to secure the two seats.

Marchionne shared his thoughts on the new partnership:

“This agreement with the Sauber F1 Team is a significant step in the reshaping of the Alfa Romeo brand, which will return to Formula 1 after an absence of more than 30 years.

A storied marque that has helped make the history of this sport, Alfa Romeo will join other major automakers that participate in Formula 1. The brand itself will also benefit from the sharing of technology and strategic know-how with a partner of the Sauber F1 Team’s undisputed experience.”

Sauber finished at the bottom of this year’s championship with only five points. Former Renault Team Principal Frederic Vasseur heads the team as the new man in charge. Vasseur and the team are anxious to turn things around for a more competitive future.

Alfa Romeo hasn’t featured in F1 as a competing brand for over 30 years. It has shown up as a sponsor on Ferrari’s cars recently — poetic, given the company grew out of Enzo’s time racing for Alfa.

The marque competed as a constructor in the opening two years of the sport in 1950–51. In that short period of time the Italian car maker secured two drivers’ titles with Nino Farina and Juan-Manuel Fangio.

After stepping away from the sport, it served as an engine supplier to several teams from 1961 to 1979. Alfa Romeo returned to F1 in 1979 but not to the same affair, struggling for results over the course of seven seasons. Alfa Romeo ultimately pulled from the sport altogether at the end of the 1985 season.

Motorsports 118 Aug 9 by Andrew Evans
Brazil’s Igor Fraga, 2018 GT Sport World Champion, has finally nabbed his first point of his FIA Formula 3 career, courtesy of a fight-back and a slice of luck. The…