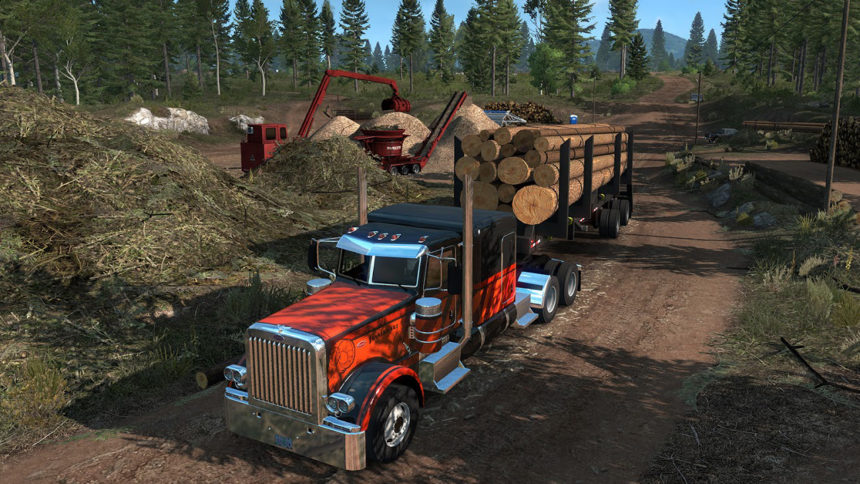 American Truck Simulator Heading to Oregon for Its Newest DLC

After several months of teasing, SCS is finally set to release the next state for American Truck Simulator. This time, sim truckers will get a chance to explore Oregon and its natural beauty.

The Oregon DLC will add a sizeable chunk of new roads to explore. Topping some 5,000 in-game miles, it will take drivers to cities like Portland and Eugene. In total there are 14 cities connected via a complex highway system.

To help flesh out the DLC a bit more, there are also 17 new companies in which to work for. Since this is Oregon the lumber industry will play a pivotal role. This means getting off the road and trekking up some winding mountain passes.

Don’t expect Spintires: Mudrunner levels of off-roading though. Instead, it’ll mostly consist of dirt tracks. But, like ATS’s sister game, Euro Truck Simulator 2, traction will still play a big part in making it through the terrain safely.

While driving throughout the state, players will come across other features as well. These include 13 large truck stops, several rest areas, and a smattering of roadside motels. 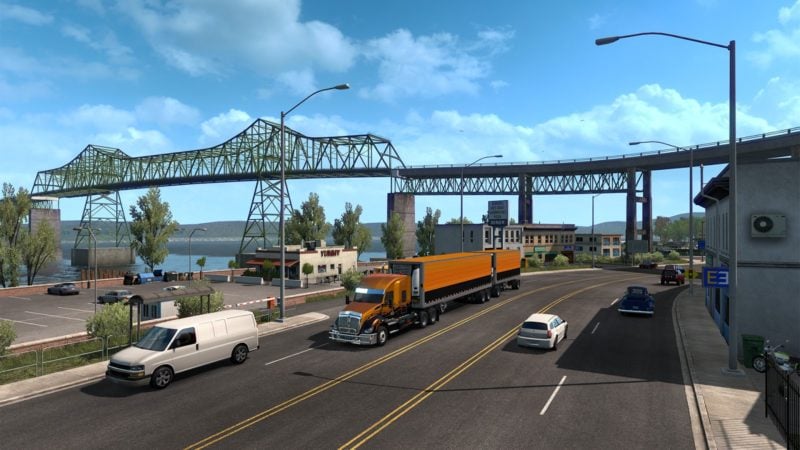 Perhaps the most exciting part of Oregon joining the lineup is the scenery it will bring. Up until now, ATS mainly stuck to the Southwest. This comprised of mostly browns and reds, which does get dreary after a while.

Oregon should change this up and continue the green color palette from Northern California. To help set it apart from NorCal even further, some 700 new assets join the ATS scenery library.

In addition to the scenery, several landmarks will dot the landscape. These include areas like Mt. Hood, Thor’s Well, Crater Lake National Park, and Crooked River Valley. We’re sure there are some other surprises in the mix as well.

As for trucks, there’s nothing new in this update — or at least nothing SCS told us about. However, there’s a chance we could see some new custom parts or paint schemes.

Unfortunately for those on consoles you’re out of luck, at least for ATS. This DLC, along with the game itself is only available through Steam on the PC.

Car Culture 5 Aug 7 by Andrew Evans
British luxury sports brand Bentley is offering up an unusually inexpensive brand-new car. For two-thirds the price of a Chevrolet Spark — or the same money as a Dacia Sandero,…