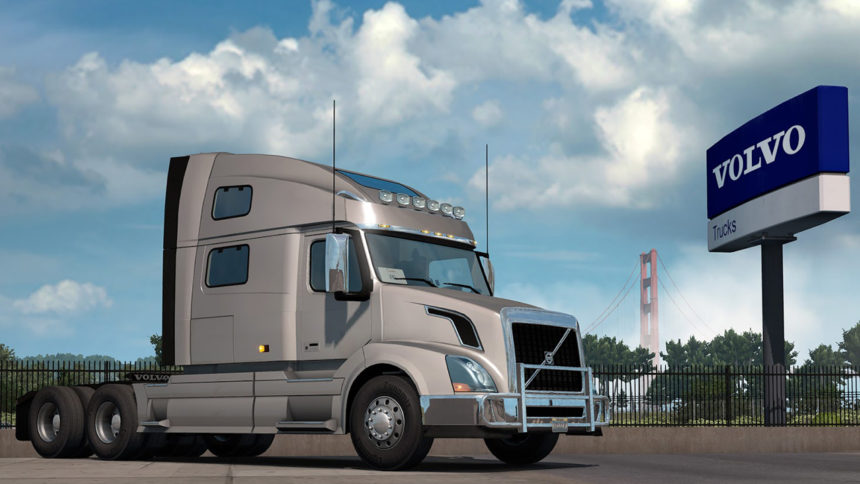 Since American Truck Simulator landed on Steam back in 2016, fans have asked for more trucks. Now thanks to a new license from Volvo Trucks, they’re getting their wish.

The new truck is the Volvo VNL, which is Volvo’s primary offering in North America. Unlike its cabover cousin, the FH which is in Euro Truck Simulator 2, the VNL is a conventional cab design. This makes it look right at home in the Western US, especially the new Oregon map.

The VNL is also the first truck not from the PACCAR brand in the game. Previously, sim truckers only had the option of two Peterbilt or two Kenworth models. Now with the expanded license, hopefully, this means more rigs are on the way.

The VNL comes in three flavors all with a different purpose. There’s the day cab 300 series, along with the 730 standard sleeper and 760 and 780 high rood sleeper. The downside is, it’s the last generation of the VNL. However, SCS Software did say they are working on the new model.

With the VNL also comes with a whole host of accessories to make it suit your needs. There are various bull bars, lights, and chrome accents to deck your truck out in. Also, there are several new engines and transmission too. This even includes the D16 600 engine packing 600hp and 2,050 lbft of torque.

All this power will come in handy too with American Truck Simulator’s new DLC. 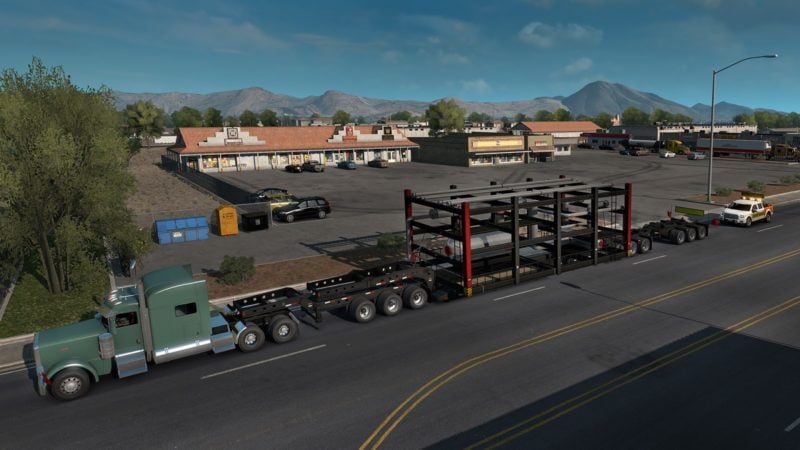 Making the venture over from ETS2, American truckers now have access to the Special Transport DLC. This new add-on brings several challenges and unique cargos to the game – all in either heavy or oversized fashion.

An example of some of the cargos you can haul is a massive dump truck, a house, and even a Chinook helicopter.

When you take on one of these special cargo jobs, expect the going to be tough. You’ll need a powerful rig and be aware of your surroundings. There’s also a strict set of rules in place too that if you fail to respect will result in the failure of the job.

Unlike the standard game, the special cargo assignments confine you to an assigned route. You’ll also have a pilot vehicle, chase truck, and a police escort along the way to make sure you reach your destination. However, there are a few tricks. In some of the mountainous regions, you’ll need to traverse steep roads that are pretty tight.

The new DLC is currently available for $4.99 on Steam. The new Volvo VNL is completely free though. All you need to do is install the latest update on your game and enjoy.

Car Culture 5 Aug 7 by Andrew Evans
British luxury sports brand Bentley is offering up an unusually inexpensive brand-new car. For two-thirds the price of a Chevrolet Spark — or the same money as a Dacia Sandero,…