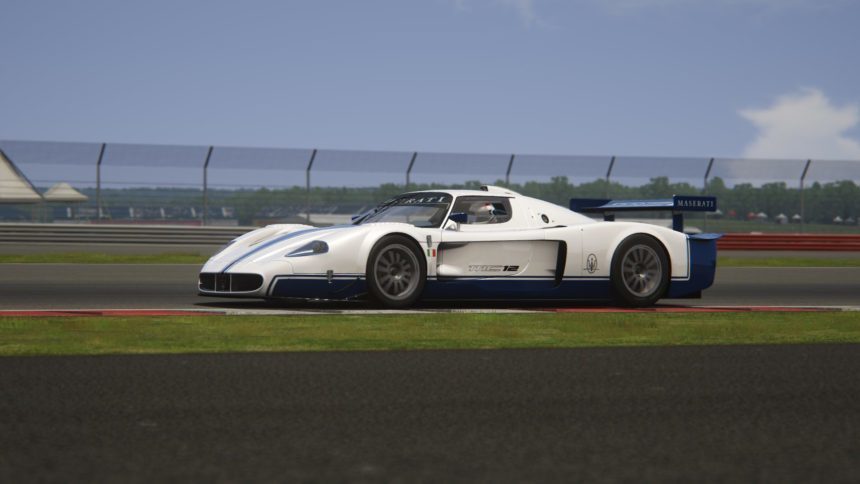 Earlier this week we celebrated Assetto Corsa’s Ready To Race car pack by breaking in four of the included cars. We’re picking up where we left off with three new vehicles, all with something to prove. However, it’s worth acknowledging that the liveries featured are not standard fare with the car pack.

Kicking things off is the 390 horsepower Audi TT RS. With more power at the driver’s beck and call, the VLN racer is the livelier sibling of the TT Cup. Just as aggressive as the one-make Audi, the RS sets itself apart by being a little more daring.

Heading back to the Nürburgring GP circuit seemed the most effective way of judging the differences between the two builds. Just as its sibling, the TT-RS is laser focused but is decidedly quicker in just about every way. Where the Cup car felt glued to the track, the RS comes undone if pushed hard enough. The tail end of the car will step out but is easily managed, allowing for fairly aggressive corner entry.

We dare say the RS is surprisingly responsive given its drivetrain, with no conceivable threat of understeer. The powerplant emits a familiar howl, giving the Audi an intimidating bark when barreling down the main straight. The least murderous of the group, the TT RS will make short work of most circuits without batting a headlight.

The second Audi on the list, the 2016 R8 LMS is the polar opposite of the TT RS. Before realizing how painfully obvious that is, the LMS carries a waft of unpredictability. With more power and a howling engine note to boot, the R8 is snappy and forceful without the menacing aftertaste.

The ideal location was Monza where power delivery is key, allowing the V10-powered racer to let loose. A surprisingly nimble car that weaves its way through corners, it’s even easier to upset with the slightest misstep. It provides an exciting ride where those missteps feels more punishing. A mistake is the last thing you’d expect from such a well-balanced package.

A natural around the power-biased circuit, the only difficulty arose while tackling Turn 7 — the always tricky Variante Ascari. As the perfect middle ground contender of the group, there’s just enough grip to satisfy but not neuter its wilder side. Verdict: a well-versed machine with just enough murderous intent to hold your attention.

Up last is the most unforgiving machine yet, the Maserati MC12 GT1. Powered by a Enzo Ferrari-derived 6.0L V12 engine, the exhaust note alone is enough to send you home. Pairing the almighty racer alongside Silverstone proved to be troublesome as taming it was no easy feat.

Unwilling to suffer mistakes or tolerate foolhardy driving, the MC12 is a punishing ride when coaxed from its comfort zone. It offers a fine line that, once breached, will result in a violent dizzying spin, forcing you to start again from zero. With no middle ground to speak of, the issue becomes wanting to keep the MC12 happy or facing certain death.

The laps were cautious, to say the least. There’s no shaking the walking-on-eggshells sensation while behind the wheel; inching around every corner and keeping things calm. Unsurprisingly, the writing on the windshield won’t deter you from doing just that: pushing the MC12 hard. Unforgiving it may be, but there’s something about it that makes you want to drive it ragged.