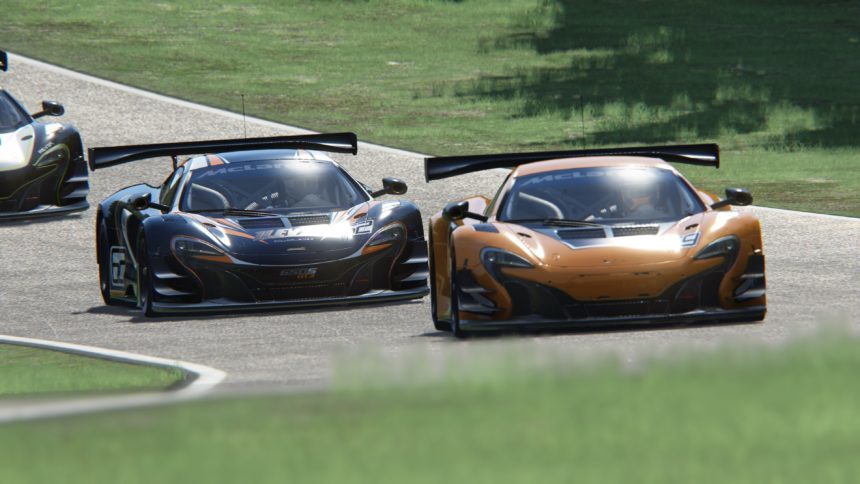 Amidst all the news about Assetto Corsa Competizione, the folks at Kunos Simulazioni quietly released updates on the console versions of the original game this week.

Up first is a quick patch for PlayStation 4 sim racers. Dubbed 1.19, it fixes a prominent crashing issue with the new Laguna Seca track. Previously, taking certain cars to Monterey resulted in the game booting players back to the main PS4 menu. We’ve tested it with over a dozen vehicles and found no problems now.

In addition, a handful of car issues have been corrected. One such example is the Pagani Huayra BC, which was part of the last major update. It would bounce up to max revs after each shift, but that’s no longer the case.

Kunos has also touched up some livery glitches as well, though the PS4 patch notes don’t specify which.

Players on XB1 have had to watch from afar, as the Bonus Pack 3 content in 1.17 has yet to show up in Microsoft land. Kunos took to Twitter to confirm that the update is now in submission, which should hopefully mean it lands at some point in the next week. There’s no word on if players can expect the 1.18 and 1.19 fixes to join the content, however.

We’ll have more info on Assetto Corsa — and Competizione — soon.

Assetto Corsa Game Updates
22 Comments Discuss this post in our forums...
Test Your Badge Knowledge With Our Car Logo Quiz