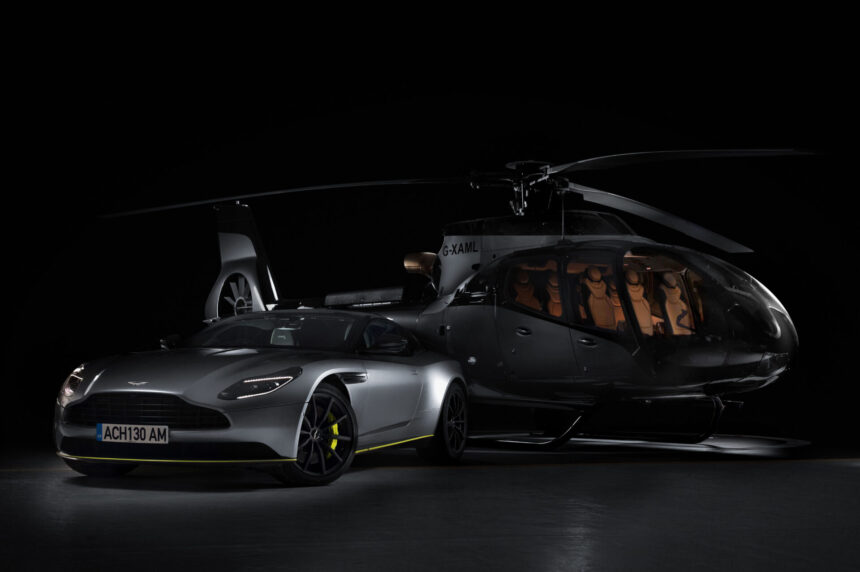 Aston Martin Reaches For The Sky With Its New… Helicopter?

Although usually associated with good guy spy James Bond, British brand Aston Martin looks to be stepping up its campaign to be the lifestyle supplier to his supervillain enemies.

Aston’s latest project is the ACH130 Aston Martin Edition helicopter. This is the result of a collaboration between Aston Martin and Airbus, the European aircraft manufacturer. It essentially comprises a regular ACH130 helicopter, kitted out by Aston Martin using the same styling, materials, and colors you’d find in its road cars. 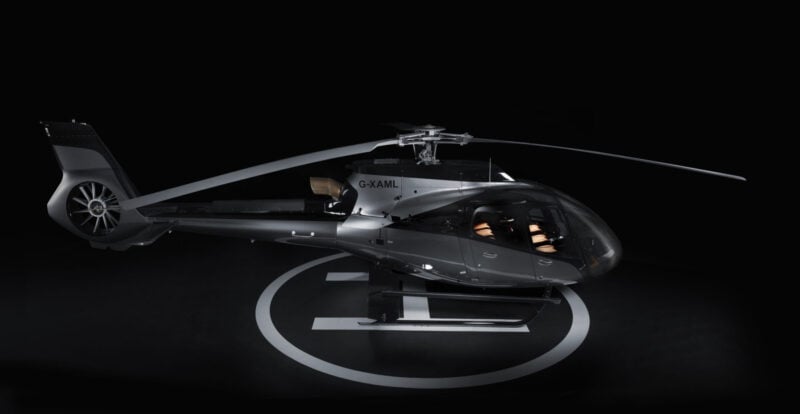 The chopper starts out life as a regular Airbus H130. Originally known as the Eurocopter EC130, the bird first entered service in 2001. It’s particularly popular across Europe as an emergency services craft, operated by a number of police forces and as an air ambulance by medical services.

One notable difference from its predecessor is the ‘fenestron’ anti-torque device — an enclosed tail-rotor with unevenly spaced blades — which reduces the aircraft’s ground noise. That’s particularly useful when in its VIP ‘Stylence’ configuration, which offers seating for up to six passengers in business-class comfort, as it allows for quieter take-offs and landings.

In this guise the helicopter is known as the ACH130 — for ‘Airbus Corporate Helicopters’ — and that forms the basis of the Aston Martin collaboration.

There’s four external liveries for the Astoncopter, all using Aston Martin paint colors, with the Stirling Green version shown here. Other options are Xenon Grey, Arizona, and Ultramarine Black, but as you can see from this example there are touches of other colors within the livery. There’s Skyfall Silver cowlings, and Jet Black on the underside.

Of course it’s the interior that will set the ACH130AME apart, with all seven seats (including the pilot) trimmed to Aston Martin standards. There’s a selection of leathers available, including tan, white, and black all on offer. The leather extends to the door trims too, so that passengers have somewhere comfortable to rest their elbows during the flights of up to four hours.

You’ll find the same detailing on the seats as you get in an Aston Martin DB11, and each of the aircraft will sport a special plaque on the instrument panel to show the edition number. That can include the owner’s name, if they so choose.

Neither Aston Martin nor Airbus has revealed the price of the special edition helicopter, however a regular VIP-spec ACH130 will set you back around $3m. It’s available on request, and first delivery slots are open before Spring 2020.

“We have our own set of automotive design principles but in recent years we have been learning how to apply our principles to other areas of design, such as architecture, motorcycles and now helicopters.

“This first application of our design practices to a helicopter posed a number of interesting challenges but we have enjoyed working through them. Beauty is of vital importance to Aston Martin and to our customers and we think the ACH130 Aston Martin Edition is an inherently beautiful machine. It provided a wonderful canvas for our team to work on so we now look forward to seeing everybody’s reaction.”

Aston Martin
8 Comments Discuss this post in our forums...
Can You Beat the Impossible Gran Turismo Quiz?

Automotive News 7 Feb 21 by Andrew Evans
If you’re feeling glum about motorsport right now, we’ll forgive you. Every other headline these days seems to be a big brand pulling out of some race series or other.…

Automotive News 4 Feb 21 by Andrew Evans
New US brand Czinger Vehicles will officially reveal its first car at the Geneva Motor Show next month, and it’s quite the debut. Known as the 21C — shorthand for…