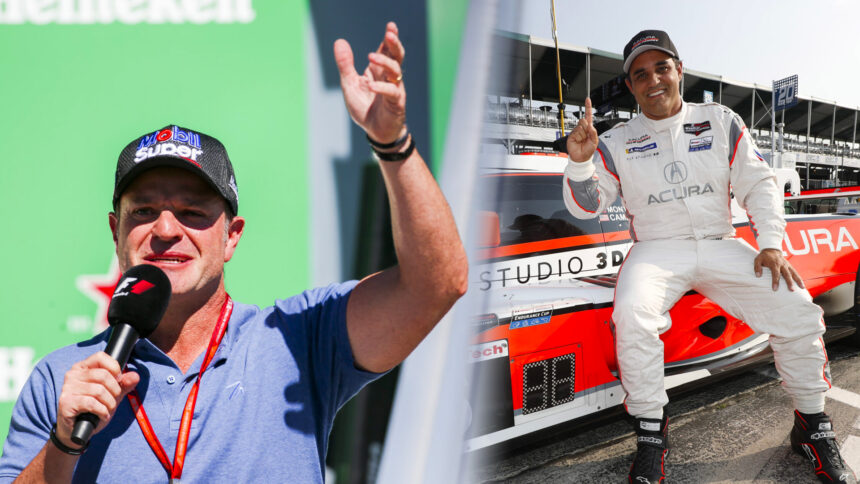 Millennial Esports, the company behind the World’s Fastest Gamer (WFG) competition, has revealed two new high-profile investors. Former Formula One drivers Juan Pablo Montoya and Rubens Barrichello have invested in the company as part of a $5m round of fundraising.

The two South American drivers, with five world championship podiums and 18 grands prix wins between them, are the latest celebrity drivers to take an interest in the world of simulator racing. Double world champion Fernando Alonso has his own esports team, while current drivers Max Verstappen and Lando Norris are arguably as well-known for their online racing exploits as their performances in the real world.

Montoya already has some involvement in the world of esports. He’s the head of the judging panel in the 2019 World’s Fastest Gamer competition, and recently made an appearance in the GT Sport World Tour Pro-Am Race in New York City. Barrichello on the other hand is known for his much more active role in sim-racing. Even before leaving F1, he was a keen participant in online racing, particularly in PC sims.

Speaking of the investment, Montoya said:

“I have raced online for many years and recently took a role as a judge for Millennial Esports’ ‘World’s Fastest Gamer’ competition. I saw the strength of the team behind it and decided that I should be more involved. Up until now, there was not a simple way to invest in the space; Millennial Esports has opened up that opportunity.”

“I race online all the time and see the size and passion of the community. I also know the appetite for sponsors to get involved in esports racing, but there are not many credible opportunities. I looked at Millennial Esports’ current and future projects and felt that this was a turning point for the industry, and I wanted to be fully involved.”

In addition to their investment, Montoya and Barrichello will take up roles as advisors to and ambassadors for Millennial Esports.

The news comes shortly after the company announced it was taking a controlling stake in professional simulator manufacturer Allinsports (AIS). The manufacturer, based in Maranello, provides high-end simulator rigs to racing teams, and will supply the 2019 World’s Fastest Gamer competition with equipment for its finals events.

World's Fastest Gamer
4 Comments Discuss this post in our forums...
Can You Beat the Impossible Gran Turismo Quiz?